Bringing the World to Reno 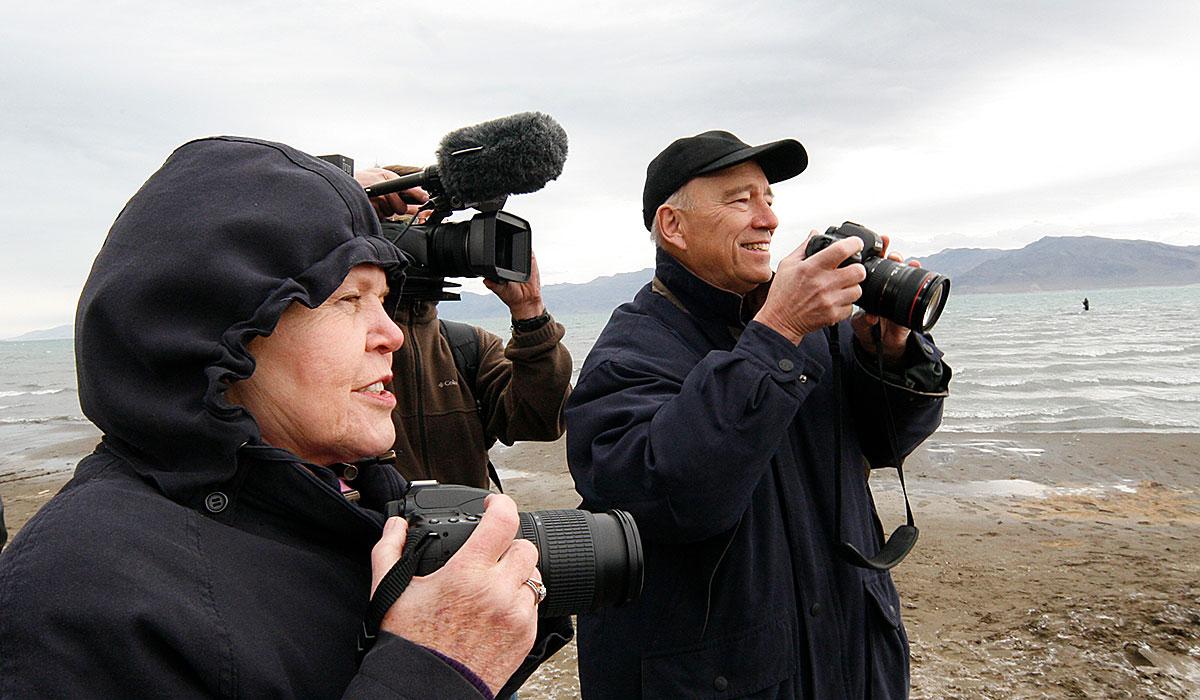 Now in its 22nd year, the DSS has brought together students, faculty and the community to benefit from the different cultural perspectives of exceptional individuals.

Cheseldine taught foreign languages and humanities at TMCC for 29 years and continues to teach one course each year, From Spain to New Mexico. In a special DSS presentation, she shared personal stories of her travels and how she persevered to meet the diverse personalities who became speakers over the years. Her full presentation is available for viewing on YouTube.

It’s safe to say that Dianne Dodd Cheseldine truly has traveled the world over.

When she was a young teenager, Cheseldine’s parents accepted an opportunity to move to Ethiopia to teach. Soon, she attended international schools in Nairobi, Kenya, and went home to Ethiopia on holiday breaks. After earning an associate’s degree at the American University in Paris, she came home to the United States for college, attending the University of Colorado and graduate school at the University of Oklahoma.

In 1986, Cheseldine moved to Reno to become a part-time instructor of French and Spanish at TMCC, but that wasn’t the end of her world travels–not even close.

Even after settling in Reno and earning a full-time position at TMCC, adding humanities courses to her schedule, Cheseldine continued to visit countries around the world. She often traveled with friends and frequently discovered new connections.

“I feel that what is of importance to me, and probably for many of you, is to experience that human connection in our travels,” said Cheseldine to open her presentation. “It’s that heart-to-heart connection that helps us increase our understanding of each other, and hopefully to rise above our fears and judgements. I hope to continue on that journey myself. And I know many of you are travelers.”

One Part Luck, One Part Determination

During a teaching sabbatical in 1998-99, Cheseldine was abroad doing research in Spain and France, when she happened to take a tour of Chartres Cathedral. The tour guide, Sir Malcolm Miller, happened to mention that he had visited 49 of the United States–all of them, except Nevada. Cheseldine knew a great opportunity when she saw it: she got Miller’s contact information and continued to communicate with him via fax until he came to TMCC to become the first speaker in the Distinguished Speaker Series.

To hear Cheseldine tell it, finding speakers often came down to equal parts luck and determination.

While traveling the world, Cheseldine says, she happened to meet a variety of high-profile people whose professions and interests became incredible opportunities for TMCC. She remembers a few noted people whom she met by chance, including Philippe Cousteau, grandson of the late Jacques Cousteau, as well as PBS’ Nature Executive Producer Fred Kaufman, who spoke in 2002 and 2013 respectively.

Cheseldine’s late friend and traveling companion, Dee Gamal Eldin, was instrumental in making a few of the introductions for TMCC speakers as well. Gamal Eldin provided an introduction to noted Egyptologist and Secretary General of the Supreme Council of Antiquities of Egypt, Dr. Zahi Hawass, who spoke at the College in 2007. A few years later, she also introduced Cheseldine to former Egyptian First Lady and international peace and social activist Madame Jehan Sadat, who was featured in the DSS in 2009.

And of course, between all her travels, Cheseldine continued to share experiences in her classrooms here at TMCC.

“Your Spain to New Mexico class, I can’t forget any of it, it was fabulous,” said former student Dorothy Barry, to Cheseldine during the Q&A portion of the event. “I’m completely moved and emotional to hear you tonight, and to hear all the fabulous things you’ve done… your class was spiritually and academically a tremendous font of knowledge that you just shared with us. Yours was probably the most enjoyable class I ever had.” 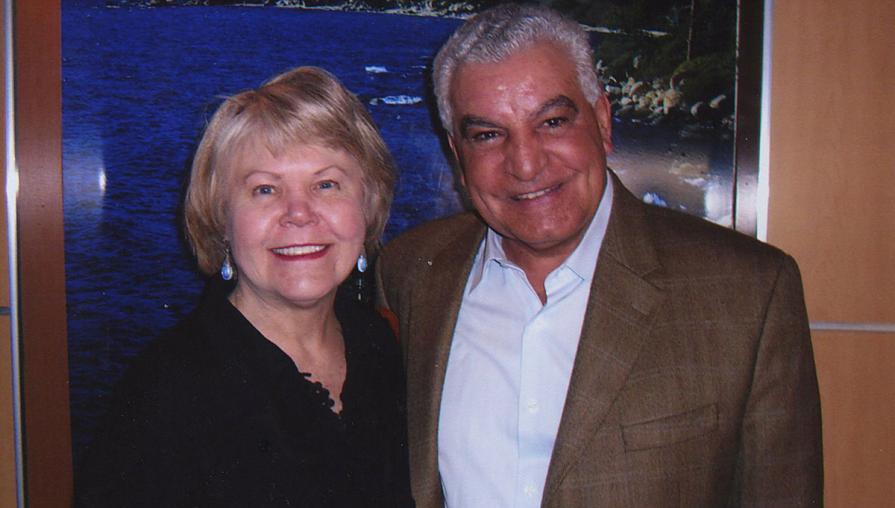 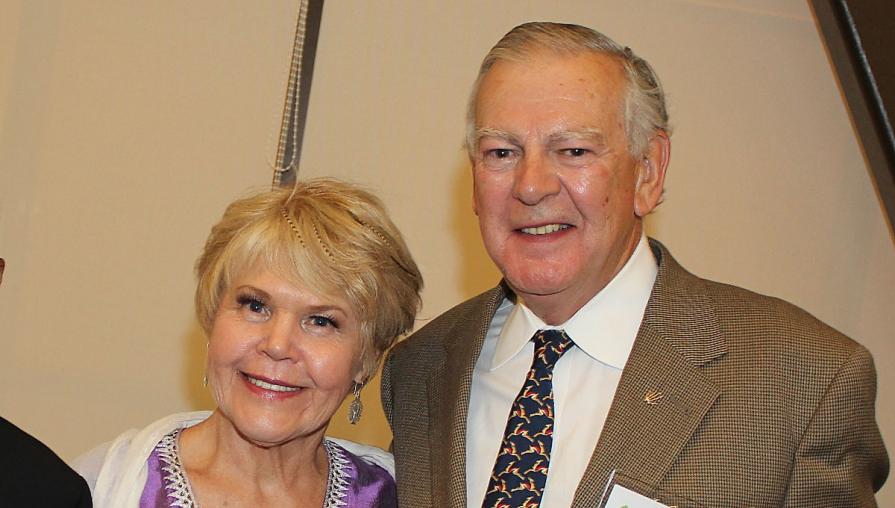 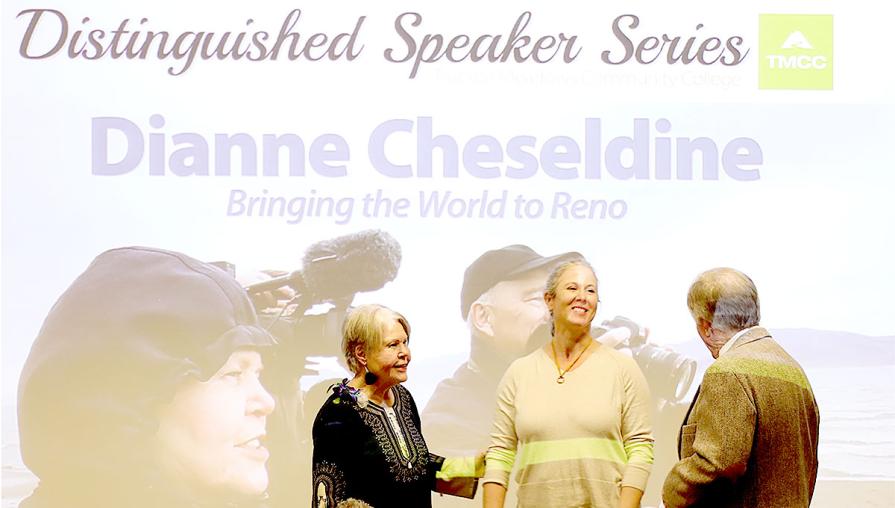 The Future of the Dianne Dodd Cheseldine Distinguished Speaker Series

TMCC has recently relaunched the DSS Planning Committee under coordinator Tommie Guy, Professional Development Manager, with plans to bring two sustainability-related speakers to campus in 2023. The TMCC Foundation received a Nevada Humanities grant for the upcoming speakers, and the renaming of the series was bestowed by TMCC Foundation Executive Director Gretchen Sawyer.

"Dianne's dedication to inviting noted experts to Reno has inspired us,” said Guy. “With her help, we will continue to bring the world home to Reno."

For Cheseldine’s part, she continues to travel the world, and shared images of a recent trip to Uganda, where she traveled with noted Nikon Ambassador and photographer Kristi Odom. Odom plans to speak at TMCC next spring.

“It’s cold outside but my heart is warm, so I can’t thank you enough, dear friends, for joining me this evening,” said Cheseldine to guests gathered on Dec. 7.

If you are interested in supporting future DSS speakers, please consider making a contribution to the TMCC Foundation endowment, Seeds for Peace and Understanding, founded by Gamal Eldin. In addition, you may consider a gift in Cheseldine’s honor to the annual student scholarship, the Cheseldine Spanish Scholarship Endowment.

For more information about the DSS, please contact the planning committee.