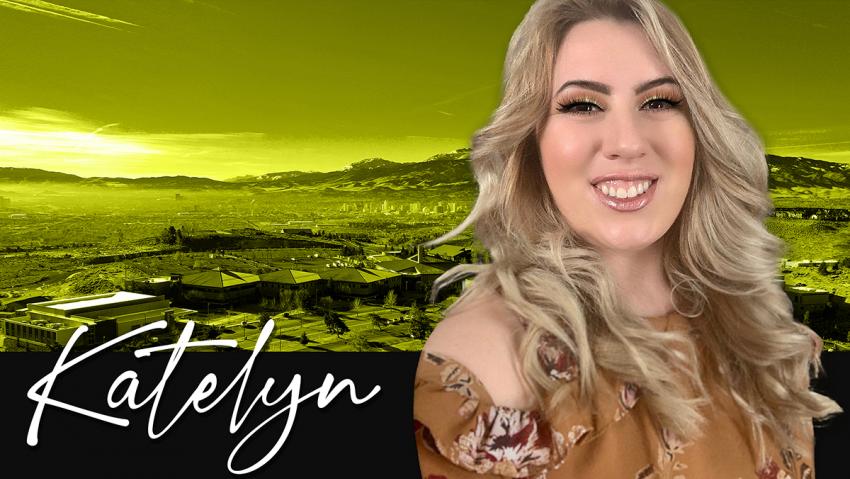 Katelyn Brooke, a Reno native, wanted to stay close to home for her college education. TMCC appealed to her for its size and proximity to home. “TMCC just seemed more like a family-oriented and community-based school, and I had heard really great things about it,” she said. In addition to offering smaller class sizes and a friendlier environment than a large university, TMCC allowed Brooke the flexibility to explore possible majors. Although she would end up a passionate and dedicated student in the Graphic Arts and Media Technology program (GAMT)—and one of the first students to receive a Bachelor of Arts in the 4-year program—Brooke actually began with a very different degree and career path in mind.

“I always felt like my parents wanted me to be a nurse,” she said, but as she leafed through the program literature, she realized that her desire to help others wasn’t as strong as her aversion to blood. Not wanting to start as a general education major, it would be Brooke’s mom who suggested the GAMT program, that would enable her to help others in a creative way.

“It sounded really interesting, but I didn’t really know what it was,” Brooke admitted, but she signed up for the classes anyway. “It took me a while to figure out graphic design isn’t just another fine art. It was more like problem-solving with technical and creative skills…[and] the point wasn’t to create something that was personally expressive, but that something that communicates a targeted message to an audience.” 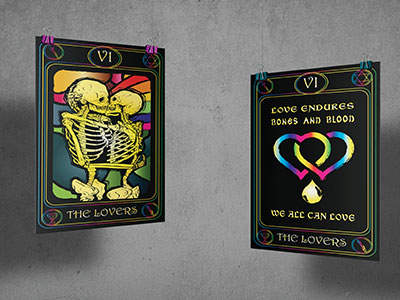 Throughout her combined four years at TMCC and NSC, Brooke has learned that graphic design is about problem-solving as much as it is about creativity.

Early in her studies toward her associate degree, which she earned in 2018, Brooke recalls one of her professors claiming that she was “a late bloomer.”

“He told me it took me a while to develop myself as a graphic designer. I was definitely not the star student. But, I was the student who was trying everything, and who sometimes missed the ballpark, coming up with ideas that were not at all what he was looking for,” she remembered. And yet, when the GAMT program extended into a three-year program, offering students who had graduated with their associates an opportunity to earn a skills certificate, Brooke jumped at the opportunity.

“Everyone from my graduating class from the associates was leaving to get a job right away...and I didn’t know what to do, so I thought I’d maybe go for business or an online graphic design program, but not all of my credits transferred. Then they announced the certificate program, and so I thought ‘OK, I’ll do that,’” she said. When the Bachelor of Arts program was announced the following year—thanks to a new partnership with Nevada State College (NSC)— Brooke described the experience as a red carpet rolling out in front of her, inviting her to earn a 4-year degree in the subject that is both a passion and a challenge.

Which is to say the journey hasn’t been easy. When the move to remote learning happened last March, Brooke was in the third-year certificate program at TMCC. She was enrolled in Commercial Print II, a class that required students to create and design a small magazine. She had been hard at work at what she calls The Peter Pumpkin Magazine, a fully illustrated, full-color booklet. The immense amount of detail—not just visual, but also the creation of character, backstory, plot, and structure—had taken Brooke a considerable amount of time.

“I couldn’t imagine doing this class online. We’ve been working on our magazines, and we were going to print them on a machine that the instructor had… but when they closed campus, that wasn’t going to happen. We couldn’t print the magazines we worked so hard on,” she said. Yet, the instructor printed the magazines for the students, offering them a surprise. “That was really nice,” she said, remembering how that helped to overcome the disruption of learning and working from home.

After four years of taking graphic arts and media technology classes, though, Brooke has become a unique storyteller who dives into her subject in such a way that she not only delivers an aesthetically pleasing product but content that makes you think. While her portfolio contains magazines, books, comic books, and even an animated film, her favorite class in the bachelor’s program was offered through NSC called “Special Topics in Visual Media Studies.”

“It’s a class that’s about taking theories or some part of history and making your own project out of it,” she said, explaining one project centered around the Codex Gigas, an illuminated manuscript supposedly produced by a Benedictine monk in the thirteenth century. The document has a strange story: supposedly it was handwritten in a single night due to a deal the monk had made with the devil, who is featured in an elaborate drawing on one of the manuscript’s pages. Brooke created a multi-page infographic that walks the reader through this complicated manuscript, telling the story of its mysterious creation while providing information about the document's many unique attributes.

In 2019, she joined TMCC’s Marketing and Communications team as a student designer, an opportunity that provided Brooke with practical experience in her degree field while opening plenty of doors. “That threw me over the moon, and it was a really good opportunity to work harder. That really helped me to excel in my graphic design skills, and that was probably the best moment from my TMCC career,” she said.

For Brooke, the challenges she faced in her journey to graduation this year come from her desire to create ambitious projects that expand her knowledge and skills in graphic design. “I like extravagant ideas and working hard to get them accomplished,” she said. However, by using each class as an opportunity to constantly expand her skill set and knowledge, she’s pushed herself to become the best she can be. 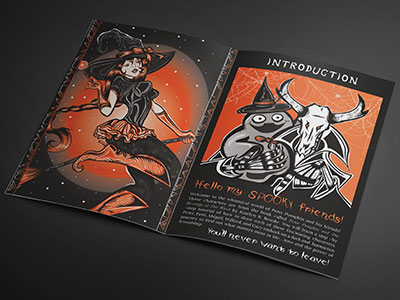 Brooke's Peter Pumpkin Magazine, a fully illustrated, full-color booklet, is among her many accomplishments in the Graphic Arts and Media Technologies Program.

After receiving her bachelor’s degree, Brooke plans on finding a career in graphic design before pursuing a master’s degree. She calls her journey at TMCC and NSC “development.”

“I noticed every semester, that I made a goal to get better. I listened to what other people said about how I could improve my designs, and follow their guidance. I can look back on the first class I took, and it’s amazing to see how far I’ve come and to see all that growth. By the end of the bachelor’s program I am proud of what I can do and what I have accomplished,” she said.

To students who are still in the middle of their journeys, Brooke encourages them to listen to their instructors and peers and to be open to constructive criticism. “You always have to keep practicing.  There are so many resources and things that you can do to get better at whatever skill you’re learning. That’s how you achieve greatness.”

For graphic design in particular, she advises students to follow their heart in regards this degree and career path. “You need to love this subject, and you need to set goals each semester. And then you definitely need passion,” she said.

In this series of stories, we celebrate students who are achieving their degrees and dreams despite the challenges offered by the ongoing pandemic. Starting the week of April 12, the college will share one story each week up until commencement from its inspiring classes of 2020 and 2021.

This series also includes a video interview with participants on our YouTube Channel. Join us in celebrating these incredible stories and graduates as we count down the weeks to our drive-through commencement ceremony that is happening May 17-21.