All web and web-live classes, and remote operations will continue as scheduled. However, all TMCC physical locations including the Child Care Center will be closed, Wednesday, Jan. 27, and Thursday, Jan. 28 due to the winter storm. In-person/hybrid classes and on-campus services are impacted; students, please see Canvas for more information. 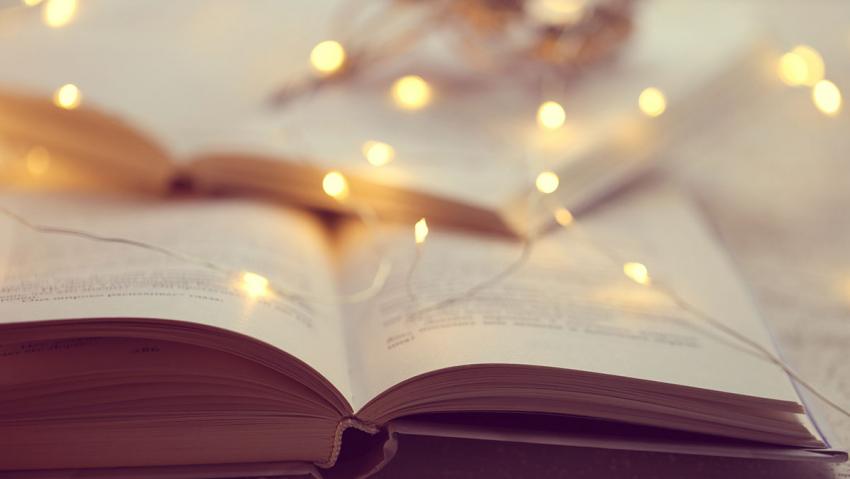 As the shortened days offer cold weather and (sometimes) storms, it’s common to retreat to our homes and the pages for a good book or our favorite holiday movie classics. However, after existing within our homes more than usual (due to the ongoing pandemic), we might have already read our favorite books, and let’s face it, there are only so many times we can watch the entire series of Friends.

The TMCC Learning Commons Librarians are here to help by offering you their favorites for weathering the holidays safely at home. So, whether you’re looking for a book to curl up with for hours or a movie to share with your loved ones, check out these recommendations that will keep you company for the new year.

TMCC Librarian John Fitzsimmons Reminds Us of the Classics

“There are several films I like to watch around Christmas because they have holiday themes or are set around the holidays,” he said.  His favorites? Trading Places (1983) and Lethal Weapon (1987.) The former is a classic comedy is one of Fitzsimmons staples for the holiday. “I watch this every year around Christmas, because this film, featuring actors Dan Aykroyd and Eddie Murphy involves greed, poverty, revenge, and funny  lessons in commodity training.”

But… Lethal Weapon? “This film opens with a rockin’ version of Jingle Bell Rock,” said Fitzsimmons. “What’s not to love about that? Granted, you’ve got to be in the right mood to watch this action film which isn’t exactly for the whole family, but it’s funny stuff.”

If reading is more of your pace for this holiday season, Fitzsimmons has two recommendations. “I re-read Lord of the Rings every winter,” he said. “It just seems to be good reading for cold days. The hobbits constantly talk about relaxing in a room by a fire.”

His other book pick? Decline and Rise of Democracy. “I just started this book, which is an epic history of democracy. It was featured in The Economist and it seems like it’s very well-written. If you want a long, detailed lesson in the rise and fall of democracies, David Stasavage’s door-stop is the way to go.”

TMCC Librarian Suzanne Malek Reminds Us of Our Historical Moment

Reference and Genealogy Librarian Suzanne Malek recommends looking into your past to find answers about the person you are. “Genealogy isn’t just about family trees anymore,” she said. “Everyone wants to know where they came from, and genealogy can enable people to do that right from the comfort of their own homes.”

Malek often points students and community members to research that can draw compelling lines between the past and future, and how the past continues to inform who we are today. “Since 2020 commemorates the centennial of the passing of the nineteenth amendment giving women the right to vote, this winter break could be the perfect moment to research and learn more about your suffragist ancestor,” she said. “Our library has an outstanding family history and genealogy book collection.”

Malek has also compiled a LibGuide to get you started on discovering more about the history of you this holiday season.

If you’re looking for something that can be enjoyed serially (in pieces at a time) TMCC Librarian Neil Siegel offers advice on what series, music and poetry can help ease you through the holidays and into the new year.

If you’ve watched all your favorite series on Netflix, Siegel recommends you check out the series The Marvelous Mrs. Maisel, a late fifties-early sixties romp through New York, available on Amazon Prime. “This comedic series is guaranteed to compel some binge-watching,” said Siegel. “Across three seasons, Mrs. Maisel takes us to the birth of an unlikely star possessing Joan Rivers humor when male comedy ruled the stage. From Greenwich Village comedy clubs, the Borscht Belt of the Catskill Mountains, and a penetrating look at the trials and tribulations of Lenny Bruce and his, and later her, battle with censorship, we are mesmerized and charmed at how marvelous Mrs. Maisel navigates career, family, relationships, and comedic honesty.”

If you’re more inclined toward music (and you need a pastime that doesn’t include screentime), Siegel recommends the jazz of iconic musician Charlie Parker. “He revolutionized the sound of jazz with his cascade of notes played in chord changes previously alien to jazz. Gone was dance to the beat, here was music that demanded your attention, with notes that fire forward as if by machine gun, yet all of them hitting their mark,” said Siegel.

Finally, his recommendations wouldn’t be complete without William Least Heat-Moon’s Blue Highways that “take us on the road of the America we seldom visit.”

“This book is a tapestry of who we are as a people.  Each mile, every state has a story told through interactions that say, regardless of political beliefs, we are all woven as one to the dynamic of enjoying moments shared and insights gleaned,” said Siegel.

More Resources from the Learning Commons

If you’re ready to explore the world of film on your own, you can “travel” to foreign lands through TMCC’s Kanopy free streaming library database, which provides you access to films produced from countries around the world. If it has been years since, or never before, enjoy many of the classic films of Kurosawa, Felini, Bergman, Truffaut, Godard, Almodovar, Wajda, Westmuller and so many other great international filmmakers that are probably not available on your paid streaming service.

The streaming source is not limited to classics. Many art-house films and documentaries that never made it to the Biggest Little City are also available, and all you need to do is log in using your TMCC login and password.

For more information about the TMCC Learning Commons, contact the department at 775-674-7600.