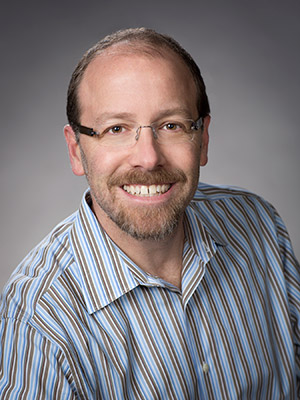 DSS was founded in 2002 by Dianne Cheseldine, Professor of Foreign Languages, now Emerita. She wanted to bring a broad range of professionals to the College, enriching the academic lives of students, staff and the community.

The Distinguished Speaker Series presentations are free and open to the public.

Steven Nightingale on the Culture of Spain

The first talk in the 2016–17 series is presented by Steven Nightingale, author of novels, poetry and non-fiction. Nightingale was born in Reno and studied literature at Stanford University. He has also lived in Granada, Spain for a number of years and studies the medieval art of Spain and Italy. Nightingale has taught, spoken or led poetry workshops at 50 U.S. schools and colleges, and his work is widely anthologized. He currently makes his home in Woodside, Calif.

“Through his blend of scholarship, wit and mischievousness, Steven Nightingale invites his audience into the Alhambra in Granada and opens up the richness of life in medieval Spain,” Cheseldine said.

The Iberian Peninsula during the Middle Ages was surprisingly a time where diverse cultures and religions peaceably coexisted.

“During this unique time in history; Christians, Jews and Muslims respected intellectual diversity and each other’s contributions to architecture, science, mathematics and literature,” Cheseldine said.

Nightingale’s books are available at Sundance Books and Music in Reno, at Amazon.com, Inc. and Barnes & Noble Booksellers, Inc.

Joe Grzymski is an Associate Research Professor in Computational Biology and Microbiology on the Reno Campus of Nevada’s Desert Research Institute (DRI), a Nevada System of Higher Education institution. He holds a PhD from Rutgers University, Institute of Marine and Coastal Sciences.

His presentation is entitled “The Biggest Little Community Population Health Study: Genotyping for Improved Health Education and Outcomes in Northern Nevada.” Grzymski will address questions important in the study of public health:

“We engaged the biggest little community to help in the effort and 10,000 participants signed up,” he said. “Northern Nevada is a diverse geographic, ethnic, cultural, and socio-economic setting that makes remarkable population health research possible.”

Dr. Grzymski hopes to create an impact with this large amount of participation in the study—sustainable changes in improving the health of people in Nevada. One part of this is understanding more about disease.

“I will discuss the motivations behind the Renown/DRI community health program, a few initial results, and some observations on engaging our community in human subject research,” he said.

Dianne Cheseldine and the DSS Committee invite the TMCC Community and general public to attend Nightingale’s presentation on Wednesday, Nov. 2, and to Dr. Grzymski's talk on Tuesday, Nov. 15.

TMCC has been inviting distinguished speakers since 2000, and the DSS was then officially formed in 2002. Guest presenters have included well-known television producers, archeologists, photographers, activists, explorers, mountaineers, scientists and artists.

The series is self-funded through individual and corporate donations, TMCC Foundation grants, and other grant sources such as Nevada Humanities.

For more information about the Distinguished Speaker Series, please email Dianne Cheseldine or call the Sciences Division at 775-673-7182.