Kevin Hines To Appear at TMCC 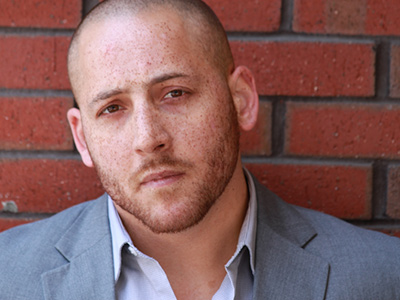 He was kept afloat by a sea lion until the Coast Guard rescue boat arrived on Sept. 25, 2000.

Kevin Hines is one of the few people, two percent, to survive a jump from the Golden Gate Bridge in San Francisco. He has since become a mental health advocate, written a memoir, speaks internationally and was featured in an April issue of People magazine. His experience is one of the stories included in the 2006 movie “The Bridge.”

The public is encouraged to attend either of two free presentations:

The Art of Wellness, develop a 10-step regimen for mental wellness, resilience and recovery

Cracked Not Broken, Kevin’s story of hope and celebration of life

Hines was on his high school wrestling team and played football. Two years after being diagnosed with bipolar disorder, the 19-year-old college student planned to take his own life by jumping off of the iconic bridge. For close to 40 minutes he stood on the bridge crying. He heard voices in his head screaming for him to end his life. A tourist asked if he would take her picture. After snapping the photo, he felt certain no one cared. Hines then made his jump, instantly regretting the decision during the 220-foot, four-second freefall.

During his recovery, Hines spoke with a priest who challenged him to share his experiences. Hines’ memoir is entitled “Cracked, Not Broken: Surviving and Thriving After a Suicide Attempt.” In honor of his efforts to help people living with mental illness, Hines has been presented with awards including the Lifetime Achievement Award by the National Council of Behavioral Health in partnership with Eli Lilly. He is currently producing a documentary, “Suicide: The Ripple Effect” which is due to be released soon.

Attendees may pre-order Kevin Hines' memoir, for signing after the presentations. For more information, please contact Camille Vega at 775-674-7987.