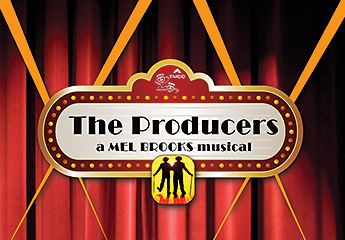 For tickets to TMCC Performing Arts production of Mel Brooks' "The Producers," go to www.showtix4u.com or phone 775-673-7291.

“Our cast is amazingly talented – their enthusiasm is contagious,” said Carolyn Wray, director and Theater Arts Professor. “As with any Mel Brooks comedy, this show is an ‘equal opportunity offender’. Come and laugh with us as we poke fun at everybody.”

Shows include evening performances and matinees:

All performances take place at the TMCC Redfield Performing Arts Center, located at 505 Keystone Ave. on the corner of 5th Street and Keystone Avenue next to the Save Mart Supermarket. Parking is free.

Music and lyrics for “The Producers” are written by Mel Brooks, and the Broadway theater show follows the 1968 film. It is based on a book by Mel Brooks and Thomas Meehan. Meehan has also received in 1977 the Tony Award for Best Book of a Musical for the show “Annie”.

An ironic plot results from funny situations which characters navigate as they scheme to avoid paying a monumental tax bill.

The lead character is a down-on-his-luck producer, who partners with his nerdy accountant to create a huge tax write-off by staging the most outrageous flop Broadway has ever experienced. They search for the worst script they can find, one they think no one would ever want to attend after the opening night.

Filled with dancing grannies and painting Hitler as a positive figure, they think there are no chances that anyone would ever think of their prospective flop in an admiring way. The lead characters predict their production will quickly fail, especially with such an egregious signature number as “Springtime for Hitler."

“The Producers” is a show that roasts Broadway traditions and makes fun of everyone involved in its culture, Wray said. The show is rated PG-13.