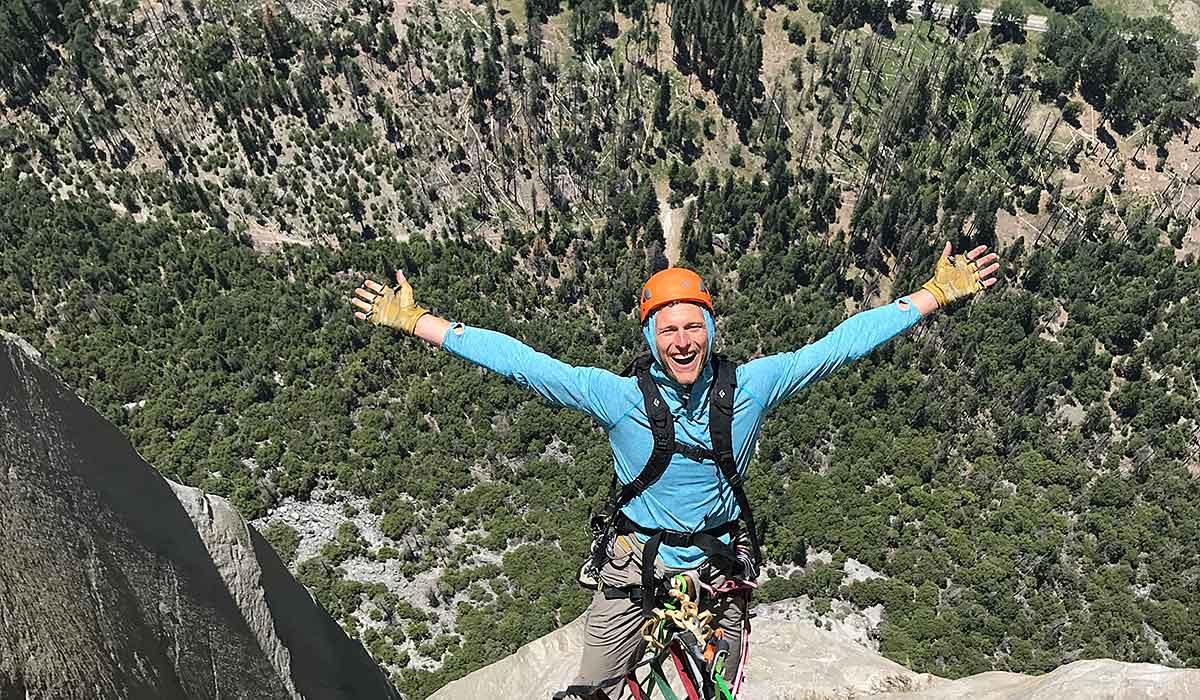 The Sierra Nevada Mountain Range is beautiful, unique and offers not only amazing opportunities for outdoor enthusiasts, but presents extraordinary learning possibilities for students and researchers living in the surrounding basins. Being inspired by the ranges that surround us, Roger Putnam saw that potential and ran (or more appropriately climbed) with it in order to create some of the most influential geological work done in the field. Now, he’s bringing his wealth of knowledge and experience to TMCC to help inspire a new generation of geologists.

Putnam began his career east of the Mississippi River, where he studied and obtained his undergraduate degree in geology. Knowing he wanted to work with the National Park Service and be involved with public land management, he found his way west to intern for Yosemite National Park doing ecological restoration. During his internship, he gained experience in riverbank restoration, exotic plant mapping and groundwater monitoring. The love of the park and the surrounding mountain ranges inspired him to stay, and he focused his efforts on ecological restoration for seven years.

During his time in Yosemite, he started to develop research questions that would later become a critical body of work about the geology of the park. He pursued this research during grad school, and started to study the granitic rocks that dominate the geology of Yosemite. Conducting research on the granite walls of the park allowed him to test his hypotheses about how granite forms, how it gets to the upper crust of the Earth and what happens to it when it gets there. 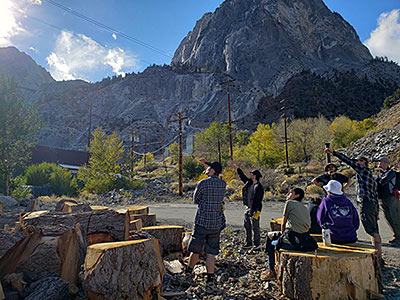 Roger Putnam is an avid climber and incorporates this hobby into his research.

Putnam received support for this work from National Geographic Society, and was able to hone in on studying the granite that makes up the iconic El Capitan. This work wasn’t done at a distance–Putnam conducted the research on the cliff faces, eating and sleeping while suspended in the air. His work produced a high-resolution geologic map of the 3,000 foot tall El Capitan, the first of its kind on a cliff that size.

“I started this project because of my love of the Sierra and a desire to understand it better, and help others in the field understand it as well,” Putnam said. “It was also a huge plus that I got to climb El Capitan a lot. This project really combined my love of geology and personal interest in rock climbing.”

Prior to Putnam’s map, geologic surveys were relying on outdated information and rough mapping done around 100 years ago. With this advancement, researchers were able to more accurately understand the geology making up El Capitan and the surrounding park.

While he finished up this work and graduate school, Putnam found a passion for teaching. He began to share his love for geology with community college students in the area.

His love of the Sierra never let him stray too far, though, and he conducted even more work within the borders of Yosemite. The next step of his research included conquering his questions about Half Dome–It obviously has iconic characteristics, but why is that? Teaming up with National Geographic again, he was able to survey and study Half Dome while not only climbing it, but using remote sensing technologies to get a better grasp on its geographical make-up. 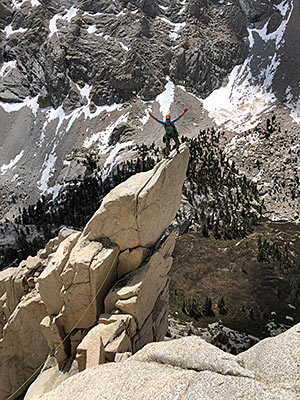 Wanting to stay in the western region, Putnam jumped at the opportunity to work in the Reno/Tahoe area, home to stunning mountain ranges and a unique climate. And although this is his first semester with the College, he’s already making waves in the Physical Sciences Department, specifically as it relates to geology education.

“The mountains here are incredible, and the processes that made them are amazing,” Putnam said. “I love that on my drive to work or morning run I can marvel at the amazing geologic features in the area.”

Learn From the Best

Earthquakes, Volcanoes, and Natural Disasters emphasizes the geology of earth’s natural disasters including earthquakes, tsunamis, and landslides, and even takes a look at the impact global warming has had on them. Putnam places an emphasis on how students can experience these processes here in Reno.

Geology: Exploring Planet Earth is a combined lecture/lab focused on the processes that shape our Earth today–what information can we gather from current materials about the past and history of our planet? Putnam focuses on learning lessons from past processes in order to figure out what’s happening right now, and what may happen in the future.

Teaching in the hills surrounding Dandini Campus, Putnam makes sure to use that to his advantage during his classes, taking his students outside and into their environment to learn about the processes that shape everything around them.

“My classes have field trips!” Putnam explained. “We go outside and we can study the active faults that create our basin, and while we’re learning to understand the earth, we’re also engaging with the world around us.”

Putnam has big plans for the growth and continuation of geology education at the College. With his background in public land management, he hopes to connect students with local land managers and work with institutions such as the Forest Service.

His goal is to ensure that students learning geology in the area see the potential of graduating and working in geological sciences due to the abundance of possibilities, including public land management, seismology, volcanology, natural hazard management and even mining.

“The broad range of subjects you can get into in this field are amazing,” said Putnam. “It’s such a great area for students to learn and, if they want, to continue to work in after graduating.”

For more information on Geology classes, contact the Physical Sciences Department at 775-673-7183.