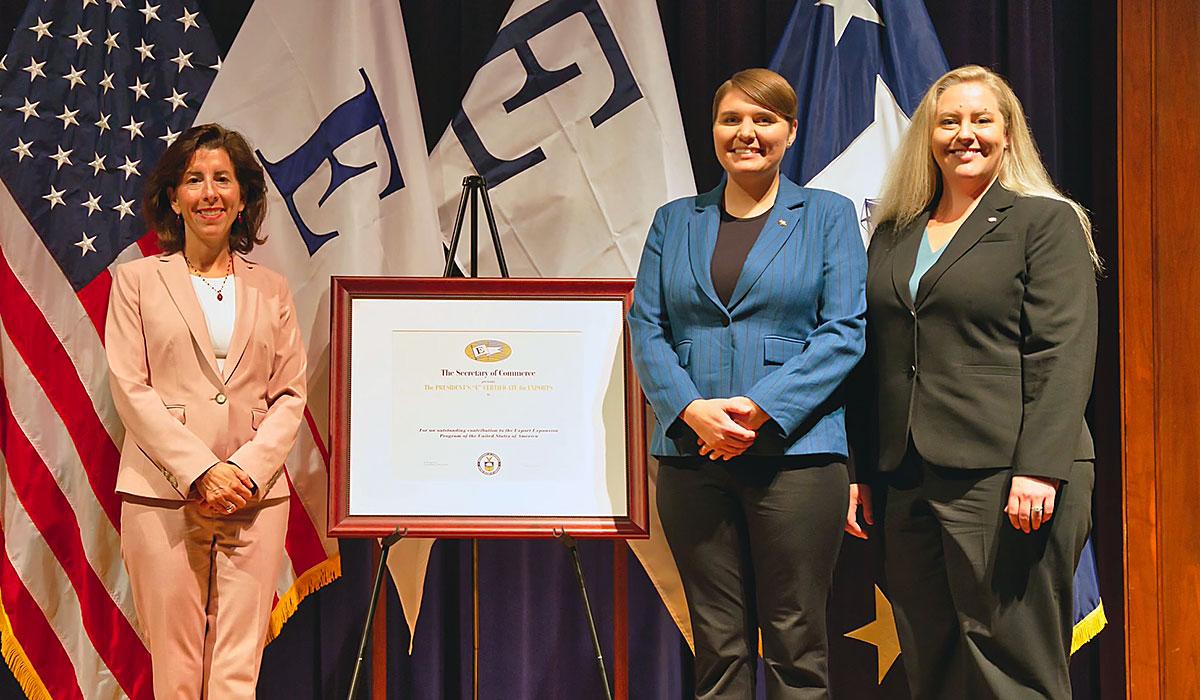 U.S. Secretary of Commerce Gina Raimondo celebrated American innovation at the 61st President’s “E” and “E Star” Award Ceremony, at which TMCC’s International Student Services program received the highest export honor. TMCC was one of nineteen U.S. companies and organizations amongst fifteen states selected for this year’s award. The President’s “E” Award was created in 1961 by Executive Order of the President. It is the highest recognition a U.S. entity can receive for making a significant contribution to the expansion of U.S. exports.

Companies are nominated for “E” Awards through the U.S. and Foreign Commercial Service office network, located within the U.S. Department of Commerce’s International Trade Administration. Record years of successive export growth and an applicant’s demonstration of an innovative international marketing plan that led to the increase in exports is a significant factor in selecting the overall winners.

“International exchanges help create citizens of the world,” said TMCC President Karin Hilgersom. “At TMCC, academic friendships that happen among American and international students inspire excellence and global understanding. We are proud of this honor, and will continue to work hard to improve the world through our graduates and public higher education.”

“As an International Student Services department, we wholeheartedly believe in the immeasurable benefits global diversity brings to our campus and community,” said Dr. Natalie Brown, Executive Director of TMCC Advising and Access Services. “We also believe in the positive economic contributions these students bring to our communities. In 2020, NAFSA's Economic Impact Value reports TMCC international students contributed an estimated $1.2 million to the local economy, which includes nearly $500,000 in tuition and fees directly to the College."

“As Secretary Raimondo mentioned in her remarks, the Presidential E-Award is a ‘big deal,’” Brown continued. “It is not only the highest honor a U.S. company can receive in export but TMCC is the first institution from the Nevada System of Higher Education to be selected. For me, it means so much to see our international student programs and advising support team recognized for their dedication and hard work to grow our international program over successive—and very challenging—years.”

The NAFSA Economic Impact Value Report can provide more information about how international students contribute, not only to TMCC and the local Reno economy, but to the state overall.

Visit the International Trade Administration for more information about the “E” Awards and the benefits of exporting.