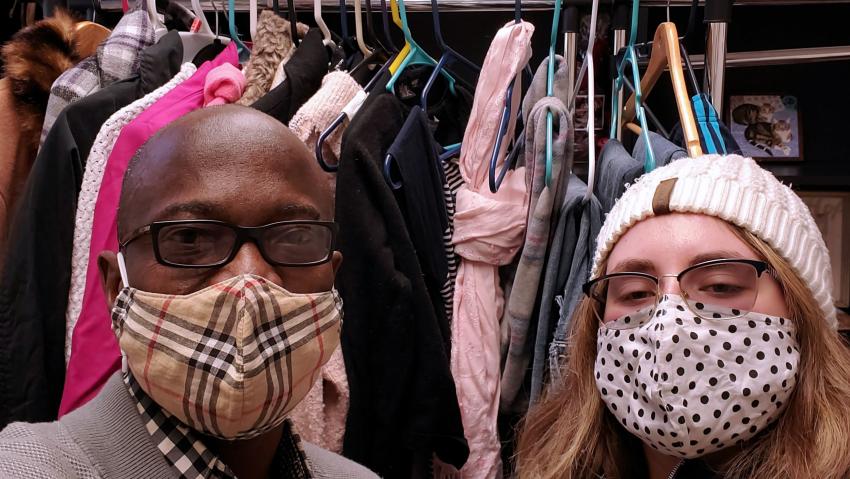 CodiRae Wilfong came to TMCC to pursue an associate degree in business. She plans on continuing her education at UNR, where she will complete a four-year degree in business with a minor in graphic design with the goal of owning her own art business. Wilfong currently serves as the Vice President of the Business and Entrepreneurship Club, and it’s an experience that is rewarding even if it wasn’t one that was initially on her radar.

“My first semester of attending TMCC, I saw that the BE Club held meetings, but I just never had the time to join,” she said. During her second semester, Wilfong took a class from BE Faculty Advisor and Business Instructor Kofi Poku, who encouraged Wilfong to participate in a meeting. It just happened to be a meeting when new officers were voted in, and Wilfong became the BE Club’s Social Media and Marketing Officer. This semester, she assumed the role of Club Vice President, and was integral in the creation and implementation of the club’s inaugural jacket drive.

“President Byanka and I started talking about the drive before this semester started, because we wanted to do something  that would have a positive impact on TMCC students,” she explained. Wilfong created a logo for the club as well as initial outreach and marketing in addition to setting out racks and boxes.

The BE Club Jacket Drive, which concluded just last week, collected 157 warm clothing items that the club distributed to TMCC students in need. A survey administered by the club revealed that students were grateful for the jacket drive. “The drive was impactful, and I’m so glad so many students participated,” said Wilfong.  “The BE Club is very enthusiastic about helping the community in any way possible.”

Although Wilfong said that every aspect of the drive—from its organization, implementation and completion—was a success, she remembers one moment above the rest: “On the first day of the drive, I was getting tea and I saw someone take a jacket that another person had donated. It was just so heartwarming to see that the drive was working.”

Although Wilfong will be stepping out of her role as Vice President next semester, she encourages other students to take advantage of the learning and leadership opportunities offered by TMCC’s BE Club. “The BE Club is an excellent place to learn about the world of business. We have [hosted] so many different kinds of business people and entrepreneurs [who] share their experiences with us [throughout the semester.] As an officer, you are able to learn a lot about entrepreneurship firsthand. I very much recommend joining and participating in this club.”

Recently, TMCC’s Student Government Association, in partnership with Keep Truckee Meadows Beautiful (KTMB), hosted 22 TMCC students on an “Adopt-A-Spot” event. By adopting Dandini Boulevard, the SGA will conduct at least three cleanups a year to keep the area clean. As an event sponsor, KTMB provides the SGA with tools, such as bags, gloves and shovels to assist in cleaning up trash.

For three hours, participating students picked up trash along Dandini Boulevard. In addition to being treated with lunch from My Favorite Muffin, students received the satisfaction that they invested in the health and beauty of our community.