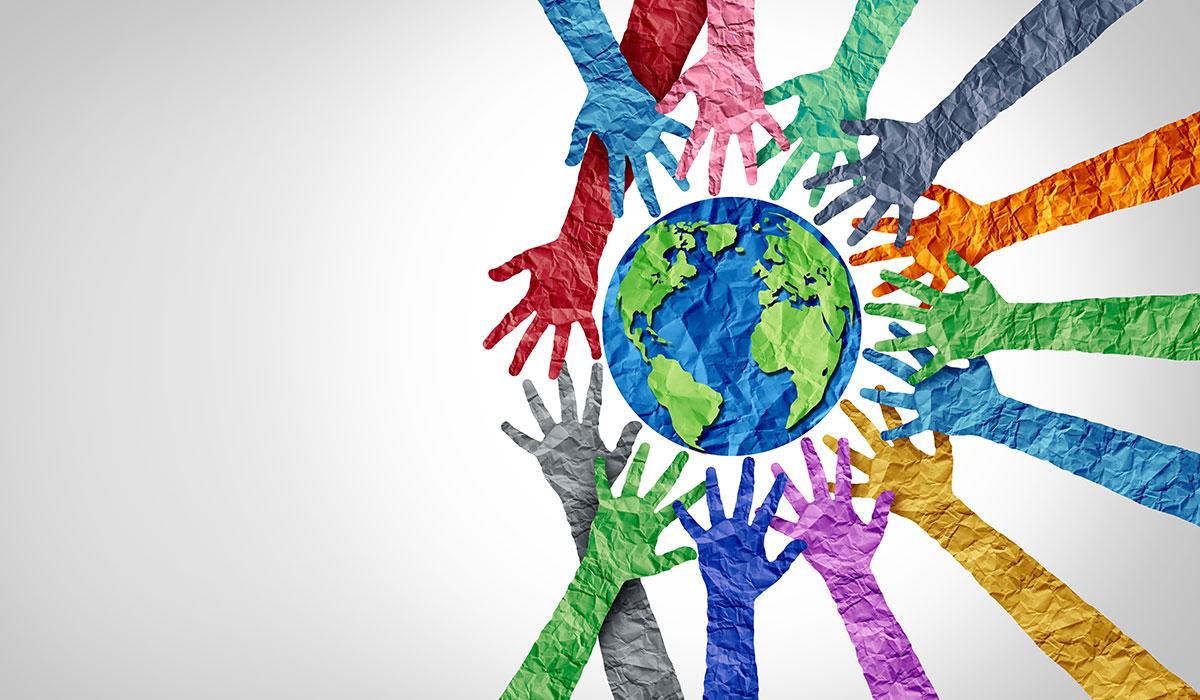 Connection and community are important now more than ever and are two thematic highlights that students, faculty, and staff can expect to encounter in this year’s International Education Week (IEW) that starts on Tuesday, Nov. 16. “To me, this year the IEW events focus on the idea of expanding our perceptions through shared spaces and experiences that show us more about our collective humanity,” said IEW Organizer Virag Nikolics.

From Tuesday, Nov. 16 through Friday, Nov. 19, IEW will feature events in which interested participants can listen, participate and discuss culture and community. Although most of the speaking events are happening via Zoom this year, the TMCC Art and International Clubs will offer student-led hands-on creative workshops in the Student Center on the Dandini Campus on Thursday, Nov. 18.

Together, the IEW events promise to offer a variety of perspectives from various presenters that articulate the importance of culture, diversity, and open-mindedness...and how the quality of our future depends on the extent to which we hold those values. According to IEW Presenter Dr. Jill Derby, opening your eyes and your mind are key to creating a more global and inclusive culture: “We’re kind of stuck [right now], and the only way to get unstuck is to immerse yourself in a different culture. If you do, you’ll have many ‘ah-ha’ moments where you realize that the way you see the world is not at all the way other people see the world,” she said.

Opening Your Eyes By Experiencing Difference

Derby’s presentation, which happens on Friday, Nov. 19 via Zoom, will explore her insights not only as a Cultural Anthropologist but as someone who experienced cultural encounters firsthand through her work in the Middle East. Once, while working in Saudi Arabia, she remembers receiving an invitation to the home of a work colleague. “I should tell you, growing up my folks subscribed to National Geographic and I saw all those pictures, and so I grew up wanting to travel and see the world,” she said, explaining that learning Arabic and the local customs only fed into the passion she had felt all of her life learning about other cultures.

When Derby arrived at her colleague’s home, she interacted with his family in a manner in which was considered polite: she accepted the snacks they offered her. Then, she did something distinctly American: she made small talk and pointed to the only artwork in the room, a large “amateurish” painting of the desert. In addition to being quite large (several feet long), it was the only decoration in the room. “I thought someone in their family may have done it, and so I admired the painting. I said: ‘Oh, that’s such a nice painting!’ Next thing I knew, they had taken it off the wall and handed it to me,” she said.

Hospitality is an important aspect of Arab culture and by pointing the painting out, Derby’s hosts assumed that she was admiring it because she wanted it. Three years later when Derby returned to the United States, the painting came with her. “Arabs are so generous and hospitality is so important,” she said. “If you admire something in their home, they’ll just give it to you. I learned not to admire things in people’s homes after that.”

She also learned that giving gifts is not at all the same thing in Arab culture as it is in Western cultures, like the United States. After offering gifts to friends in Cairo, Derby worried when the gifts weren’t opened in front of her, or discussed. “I remember the father of the family just picked up my gifts and put them in a tall chest with doors, and closed those doors. No one said anything. I thought: ‘oh, what have I done?’ I spent the next few days worrying.”

When Derby mentioned her concern to her friend, he laughed. “You Americans are silly,” the friend said. “You make such a big deal over somebody giving you a gift!” Derby’s friend explained that giving gifts was expected, and everyone gave a gift as a matter of course. By expecting a big response, Americans often come across as “stingy”—as if their gift was a big deal, whereas generosity is common courtesy in Arab culture.

It was discoveries and interactions like these that inspired Derby to become a cultural anthropologist, to help translate one culture to another. She would eventually earn her Ph.D. from the University of California, Davis, in cultural anthropology with a specialty area of the Middle East and Arabic language. She currently serves on the National Advisory Committee on Institutional Quality and Integrity (NACIQI) which oversees the accreditation process for U.S. colleges and universities, advising the U.S. Secretary of Education. She is also the Board Chair of the American University of Iraq, in Sulaimani, Iraqi Kurdistan, where their university has recently rescued over 100 students from the American University of Afghanistan in Kabul.

Through the lens of scholar, educator, and traveler, Derby’s presentation will argue for the necessity of these kinds of cultural encounters to open our eyes to not only the ways we are different but also the ways in which people, no matter their language or location, are the same everywhere. We share a common humanity. Also, with the challenges future generations face, which includes climate change, creating a basis of common understanding and empathy will be key to moving forward.

Derby’s talk will center on the idea of ethnocentrism and how students can move beyond its isolating view to a more inclusive and holistic picture of the world and humanity. “That,” she said, “is the key for future generations which will face challenges of climate change, of which we are already starting to see the effects.”

“We need to relate to refugees... just like those who lost their homes to the recent fires in California or those who are losing their homes and in places impacted by other forms of climate change. We could all be refugees. I just want to open people’s hearts to refugees, because those are people who have lost everything. If we do, we will begin to see that we are all like everybody else and not so different,” she said.

In addition to the Zoom presentations on Tuesday, Wednesday, and Friday, TMCC students in the Art and International Clubs have come together to offer a hands-on activity in the Student Center Thursday, Nov. 18 from 11 a.m.–noon.  Art Club Faculty Advisor Rossitza Todorova has helped to oversee the student-led activities for IEW for several years and believes that creating art also holds the key to fostering understanding and community.

“I want to contribute to IEW and to find ways for students to create and present something that comes from a genuine place,” she said. These student-conceived and student-led projects are typically creations that the student associates with their home country. “This can be something traditional, but it could also be something that a student remembers from their childhood because both of these can give us unique insights into culture.”

This year, TMCC International and Art student Hinata Sato is sharing Chigiri-e, or Japanese collage, with our campus community. Chigiri-e uses torn paper of different colors and textures to create an image. Given that the paper is light and colorful, the resulting image (in traditional Chigiri-e) has the fuzzy, soft look of a watercolor painting. In addition to being an activity that reminded Sato of childhood, however, the art form dates back thousands of years.

“Looking at the history, Chigiri-e is an ancient art form that has its roots in 794 AD, but it’s an art form that is also used by contemporary artists,” explained Todorova who helped the Art Club purchase supplies that will be available for participants to use, which will include all kinds of colored paper, glue sticks and even Japanese cartoon characters that are pre-drawn so people can just collage on top of the lines, making the art project accessible to everyone from the novice to more advanced practitioners.

The activity will be run by TMCC students who are a part of the Art and International Clubs, an important detail, said Todorova. “I’ve been working with Hinata and it’s been such a great process because we’ve gotten Art Club members and International Club members to talk to each other about the logistics of the project. Students created the poster design advertising the event, and Sato trained other Art Club members so that they could also teach the workshop.

Simultaneously, during this art hour, TMCC International Student Aanchal Tangri will contribute with her cultural tradition, having grown up in India, creating henna tattoos. While henna tattoos are temporary and show up in a different stain on everyone’s skin and come in intricate designs, they are an important aspect of Indian tradition, including celebrations and festivals.

Participants in this year’s IEW events will be sure to gain perspectives from around the world, with a special focus on how education and experiences go hand-in-hand to create a more sophisticated understanding of ourselves and others. Whether we experience culture and diversity through volunteering, teaching, traveling, living or creating, one thing is certain: our perspective will become more refined. That, after all, is the gift of events like IEW, us that within our differences lie the very common human threads that can bring us together.

“In today’s world with so many forces for division at play, international education is one of the strongest tools we have to spread the narrative that we humans share a common humanity and a common future on our fragile earth,” said Derby.