YeVonne Allen Named One of Reno’s Twenty Under 40 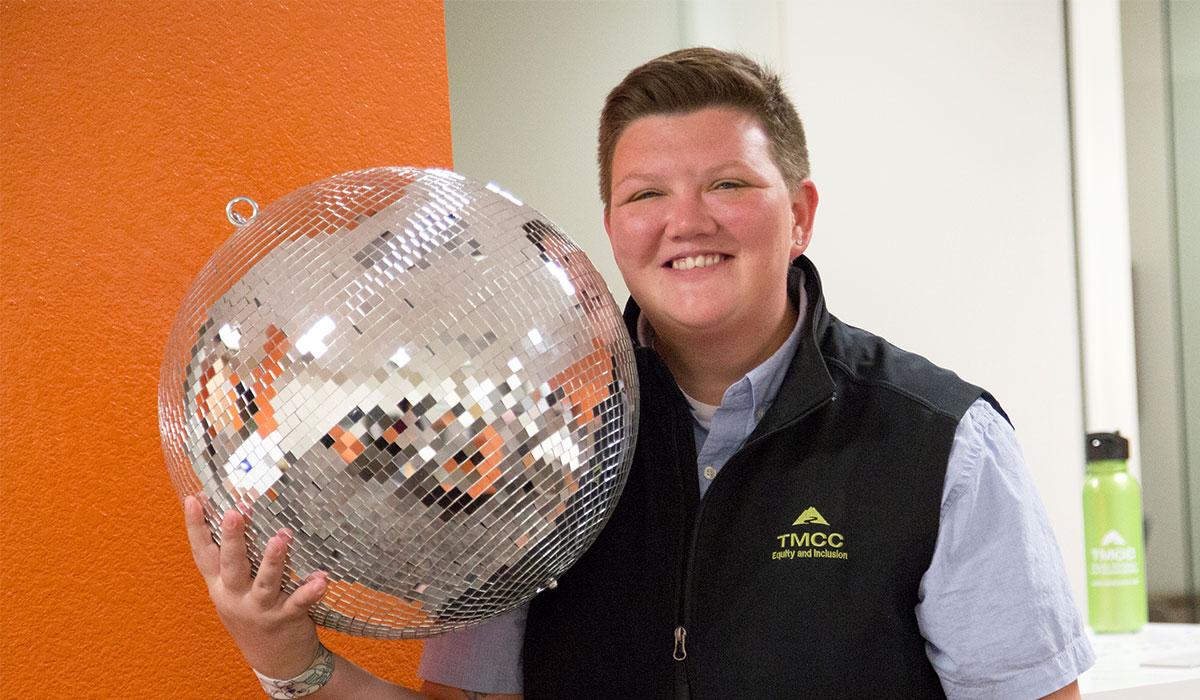 Be the change you want to see in the world might be the phrase that best comes to mind when describing the drive and accomplishments of TMCC’s Program Director of the Office of Equity, Inclusion and Sustainability YeVonne Allen who was recently named one of Reno’s Twenty Under 40, an award that recognizes young leaders in our community.

The award, said Allen, is especially meaningful for what it represents. “It’s rare than an organization recognizes what young professionals are doing. Usually, when you receive an award, it’s at the end of your career. But, Twenty Under 40 is recognizing professionals in this age bracket that are doing great things in our community,” she said.

Allen exemplifies this, by not only doing great things but by initiating a number of positive programs and changes both on campus and in the community. “I’m a true believer that in order for us to change systems and structures we live in, we have to live the phrase ‘if it’s not me then who; and, if it’s not now, then when?’”

An Advocate On and Off-Campus

In addition to serving as a Program Director at TMCC, Allen is also the first Administrative Faculty to serve as Chair-Elect of the Faculty Senate. She is also a member of the President’s Cabinet and Planning Council.  At TMCC, she serves as the Chair of the Diversity Committee; she is Co-Chair for the Hispanic Serving Institution (HSI) Task Force, Sustainability Champions Committee, and Friends and Allies of LGBTQ Committee; and serves as a member of the ADA Committee, Threat Assessment Taskforce, and the Administrative Faculty Committee of which she is a founding member. For the Nevada System of Higher Education (NSHE), Allen serves on the Equity, Diversity, and Inclusion Council, Hispanic-Serving Taskforce and the Free Speech and Campus Event Policy Task Force.

“I’m lucky to work for an organization that has empowered me to do good work,” said Allen. “Especially in my position, I receive a lot of support from others that enable me to make positive changes on campus.” Allen received her Master of Science in Equity and Diversity in Education from the University of Nevada, Reno. She has also completed a Certificate of Completion for Strategies for Building and Leading Diverse Organizations awarded by Harvard University.

In the community, Allen serves many roles that demonstrate her commitment as a Human Rights Advocate for equality and inclusion in all systems and structures. “In order to make changes in our community, we—and I—have to apply ourselves  in order to make those changes happen,” she said.

Allen certainly has invested herself in courses and organizations that are making positive impacts in Reno. Currently a Civil Service Commissioner and a member of the Arts and Culture Commission Grants Committee for the City of Reno, she also serves as the Media and Marketing Director for Northern Nevada Pride and is a member of the Equity and Diversity Taskforce for the Washoe County School District, and holds several additional volunteer positions. The Twenty Under 40 award, Allen says, motivates her to keep up her work to inspire positive change, equality, and inclusion.

About the Twenty Under 40 Award

Twenty Under 40 is an annual event and fundraiser for the Reno/Tahoe Young Professionals Network (YPN). Each year, YPN receives several hundred nominations (anyone can be nominated as long as they will be under 40 years old at the time of the award ceremony). A committee narrows the nominees to 4o individuals from which the top 20 are selected. A silent auction precedes the announcement of the top 20 finalists, which enables nominees to support their favorite local nonprofits. Allen raised funds for Northern Nevada Pride.

Allen, who was nominated by Meredith Tanzer, admits this wasn’t her first time as a nominee. “This was actually my third time being nominated,” she said. “And, it was my second time as a finalist. Not-winning in the past didn’t deter me from doing what I do. The event is a big fundraiser, and it’s a fun way to bring important topics and activities to light,” she said.

When asked what’s next on the horizon, Allen was recently accepted to the 2020 University of Michigan’s National Forum on Higher Education for the Public Good New Leadership Academy Fellows Program, which she will attend thanks to a scholarship awarded by the American Association of Hispanics in Higher Education (AAHHE). Allen will complete the program in addition to starting a new “Student of Color Coalition” program at TMCC and leading a series of workshops through the TMCC Diversity Committee.

“Normally, you wouldn’t hear about people under 40 [doing great things], but this award demonstrates that we do exist,” said Allen. “And, I can’t wait to see what happens when we’re all 60. Watch out, Reno!”

For more information about TMCC’s Office of Equity, Inclusion, and Sustainability, contact 775-673-7027.