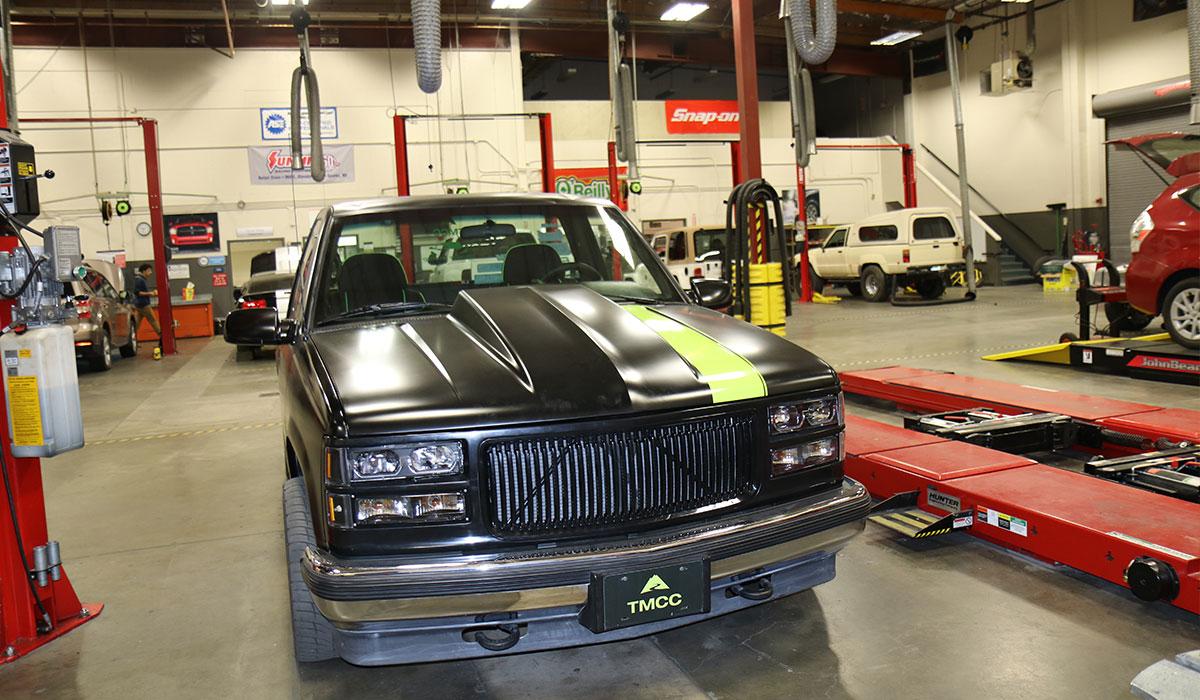 This semester, TMCC Automotive students are showing their Lizard pride by building a “TMCC truck.” According to Automotive Instructor Wyatt Ziebell, the green and black truck wasn’t always so flashy. “We’ve had this truck since the late 1990s,” he said. “It was this completely stock truck that... when it came off the truck to be delivered at the dealership, the roof was dented.  The dent forced the dealership to total the vehicle, so they donated it to us.”

The gift remained in the automotive shop, untouched, for nearly twenty years. As Ziebell mentioned (aside from the dent on the truck’s roof) there was nothing wrong with it. This year, though, Ziebell wondered: what could they do with a white truck with old technology?

“It was a white truck with tan interior, so it was kind of like...a blah color,” remembered Ziebell. “And so it went from ‘oh let’s just fix the engine’ to installing black and green seat covers. We thought those were really cool,  and then we got a steering wheel cover.” The rest, as they say, was history. Ziebell said that the project gained momentum as students worked on the truck  as both mechanics and artists.

They removed the original engine and installed an engine from a newer truck. They updated the truck’s technology. Then, they painted components of the newly installed engine TMCC’s signature green. Next, the students jumped to work on the interior. In addition to the newly upholstered seats (black with green piping), the students installed a “headliner” (the fabric on the roof of the cab) in TMCC green that is embossed with TMCC’s mountain logo.  “All the students really like [working on the truck] because they are all into the high-performance engines and cool trucks,” said Ziebell.

Yet, the exterior of the truck remained white, a color that didn’t quite say “TMCC.”

“With all of those updates, it was weird to me that the truck was white. So, I came down on the weekend and bought some paint and painted the entire truck black,” said Ziebell. “Now it looks like the TMCC truck.”

The truck isn’t quite done, but Ziebell thinks it’s getting close. He and his students plan to put green TMCC decals on each door and install green wheels. They also have a plan to install a special collage in the bed of the truck.

“Everybody kept asking if we were going to put something across the truck’s bed. I didn’t really know what to do with it... We were thinking about something from another program like a welder, but we didn’t really know,” said Ziebell. “One of our part-time faculty, Eric Lindesmith, came up with a really good idea.  We have all these old sockets, and he came up with the idea of building something cool to put in the bed of the truck. He put together a collage of tools and car parts.”

The collage is exactly how Ziebell describes it: a plywood base painted green that holds several hundred sockets, tools and even a mountain logo created by students in the welding program.

“We’re going to have to work on the suspension in the truck some before we install the collage in the bed,” said Ziebell. “This collage is really heavy.”

Ziebell wants to incorporate the TMCC truck with college events. “We have a trailer, and we’d like to roll the truck up to soccer games, or the kick-off at the beginning of the year. We can put our name on it and say that TMCC Automotive students built this really cool truck.”

The enthusiasm for these kinds of projects in the auto shop is palpable. Automotive students have already decided that another donation, a black Subaru sedan, will become the future “TMCC car.”

“It’s a great way to show off what we do in the Automotive program,” said Ziebell.

For more information about TMCC’s Automotive Program, contact the Applied Technologies Department at 775-856-5300. 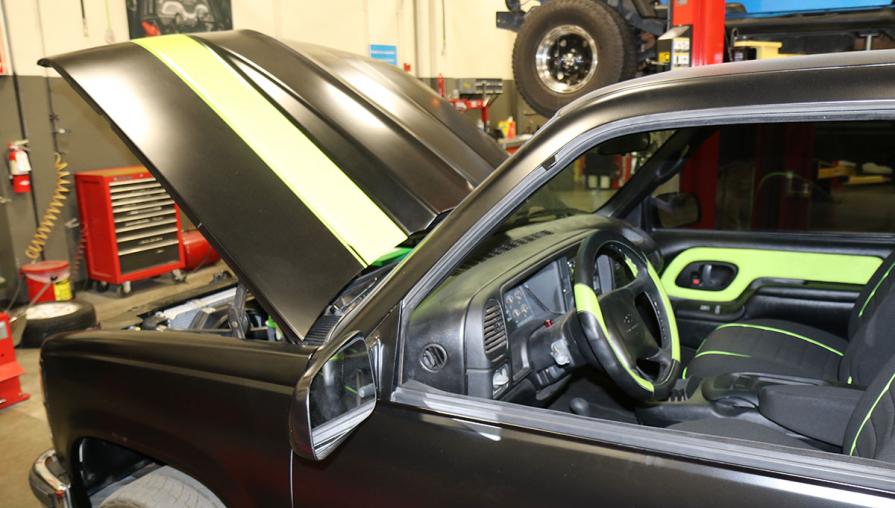 Students in the automotive program have repaired and refurbished this truck in TMCC's signature green. 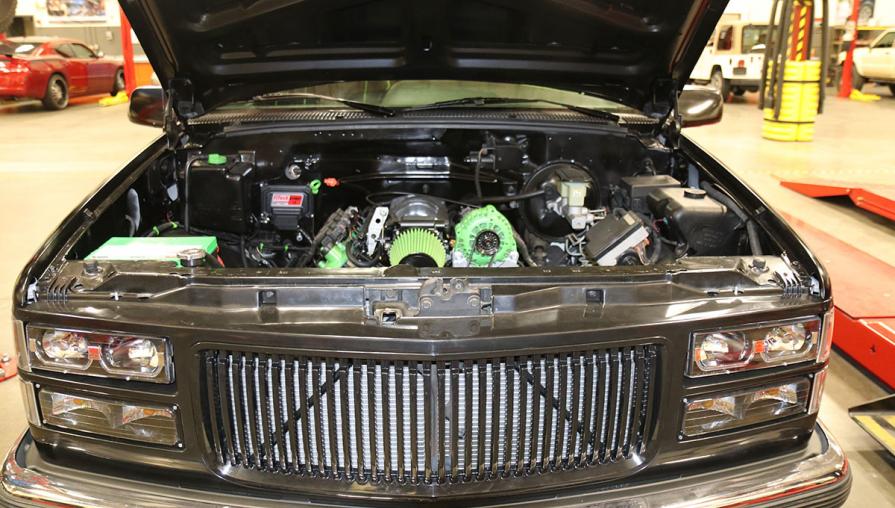 Automotive students rebuilt the truck engine, and painted parts of it TMCC green. 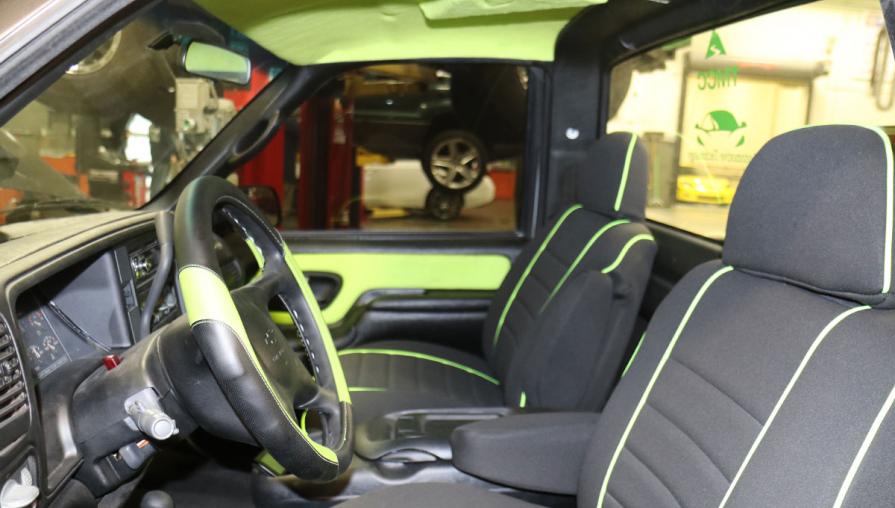 The interior of the truck has also been redone to feature TMCC colors and the mountain logo on the roof of the cab. 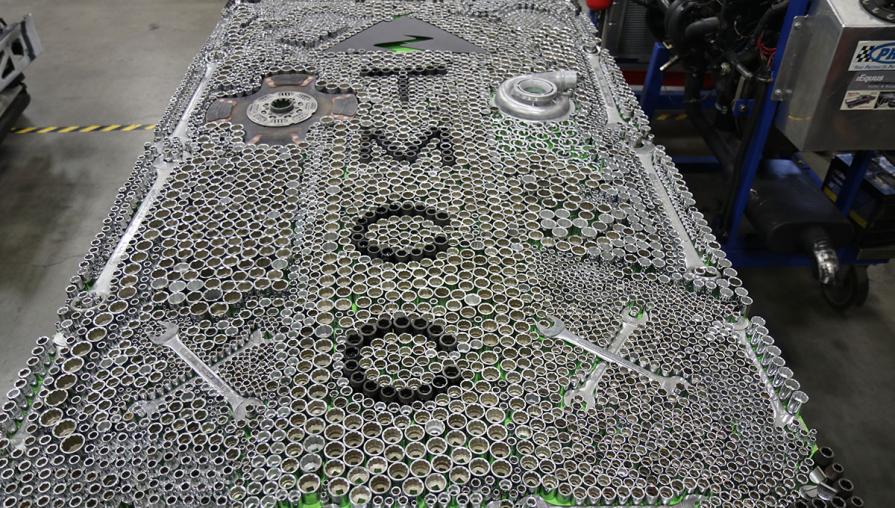 The bed of the truck will feature this collage of several sprockets and tools and a mountain logo that was made by TMCC welding students. 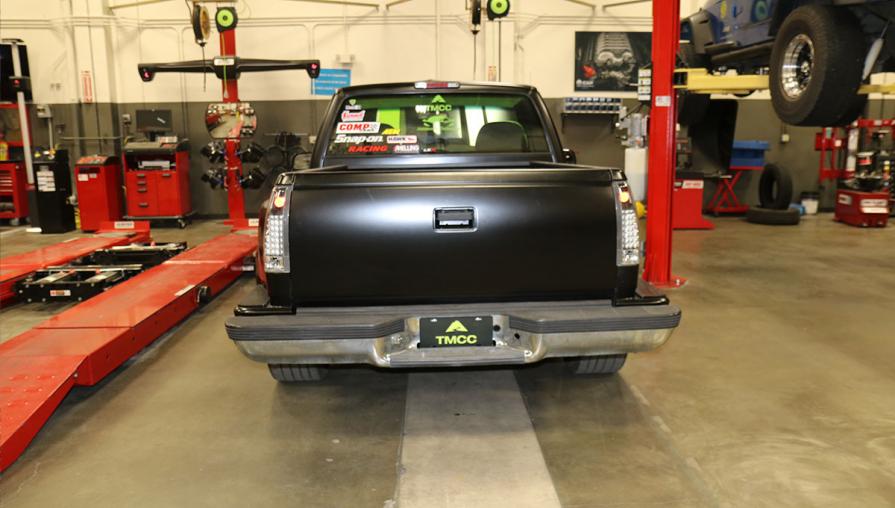 Look for the TMCC truck at future soccer games and campus events thanks to the hard work of TMCC Automotive students.