TMCC Tales of the Strange, Unexpected and Unexplained 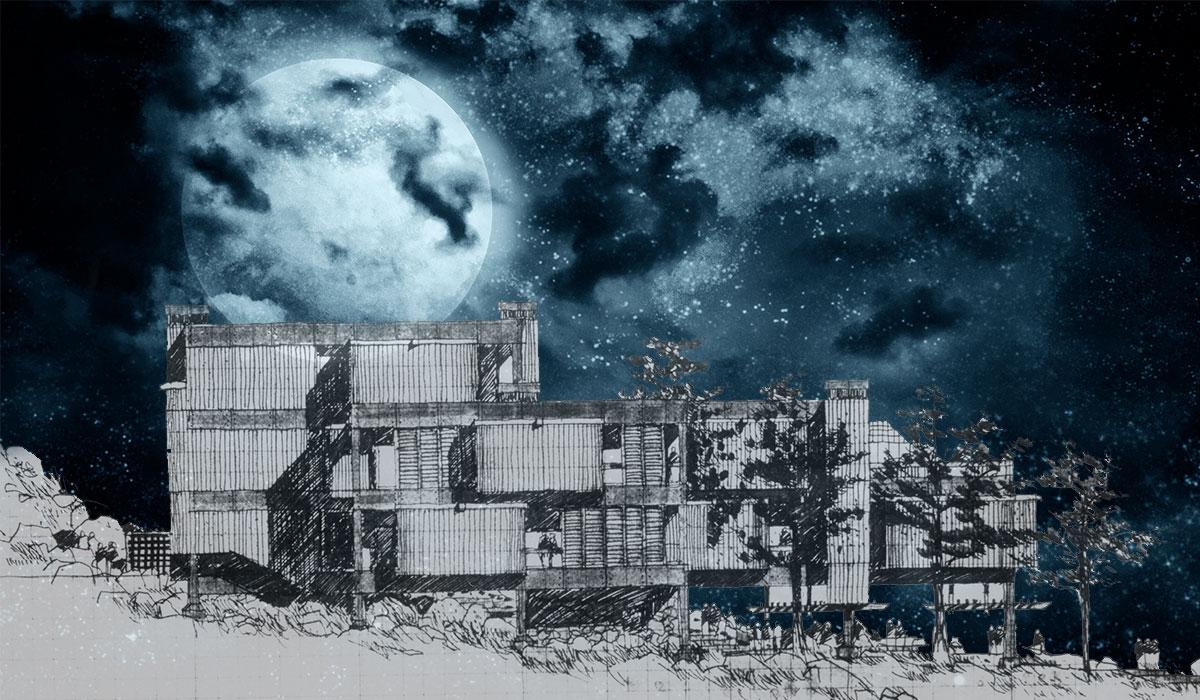 Although there’s never a bad time for a good story, Halloween inspires the telling of stories that are strange, unexplainable and unexpected.  While these stories are not your run-of-the-mill ghost stories (although according to some reports, the fourth floor of TMCC’s Red Mountain Building on the Dandini Campus might host a ghost), they nonetheless convey the spirit of this unique location.

All the stories are, to a certain degree, true and demonstrate the unique journey that our institution has taken to fulfill its mission of making student academic success and access to education a priority.

The Strange: How a Local Canine Earned a “Degree” from TMCC

According to Faculty Emeritus Pat Slavin, for a number of years, TMCC had a record for “student” Fauna Vervais, a beagle owned by TMCC Admissions and Records employee Merle Vervais.

Fauna was so honored because of the process by which student transcripts where created.  Early on, transcripts were created through a process that involved the Computer Center which would run labels that were transferred to a piece of card stock by a clerk. The clerk would also use a typewriter to type the student’s name and identification information on the card stock.

Over the years, streamlining and automating this process became a priority, and one day a box from the Computer Center was delivered, filled with fully printed transcripts. Along with the box of transcripts was a printout that Vervais would review, line by line, to make sure that information included on a student’s transcript accurately reflected their coursework. It was arduous work, but necessary—finding and removing discrepancies was essential to the process.

Sometimes Vervais wanted to test the new system by seeing what would happen if certain adjustments were made to an existing student record. Instead of using an actual student transcript for this (and potentially altering the student’s record), she created a “phantom” transcript...for her beagle, Fauna. The phantom transcript was complete with all information, including name, address, birthdate and even classes, so that it would react the same way a legitimate student transcript would. However, Fauna’s record included things like “Doggie Obedience 101,” “Making Friends with the Butcher 203,” and “Waiting for the Postman: An Independent Study.” Fauna’s record even showed the granting of a degree.

The record existed in the TMCC Student Database until recent years when it was not included in the new student information system.

The Unexpected: The Tale of Count Dandini and the TMCC Dandini Campus

While conventional Halloween stories might mention the 19th century’s most well known—if fictional—vampire, Count Dracula, the story behind TMCC’s main campus location can be attributed to a man named Count Dandini. The following details of the Count responsible for our main campus location were taken from an article published by the magazine L’Italo Americano in August 2014.

Born in 1899 in Mexico City, Alexandro Dandini di Cessena (Sandro for short) was 15 years old when he was enrolled in a military academy in Rome to fight in World War I for the French and Italian armies. After the war, he resumed his studies and would eventually earn a doctorate in hydraulic engineering from the University of Turin.

When he refused to pledge his allegiance to Mussolini, he was exiled from Italy, and so returned to Mexico where he worked as a hydraulic engineer and came up with his most-widely known invention and patent: the three-way light bulb.  Dandini moved to California in 1929, where he developed inventions for the armed forces. In 1932, he would shock Bay Area society by marrying heiress Lillian Remillard, who was 20 years his senior.

The marriage didn’t last partially because Count Dandini was embezzling funds from the Remillard Brick Company, a.k.a., the family business. After the divorce, Count Dandini moved to Reno, and started teaching engineering and foreign language classes at UNR. This was also where he married his second wife, the Countess Angela Dandini.  According to Charles Donnelly, the first (and only) president of the Community Colleges Division in Nevada, Count Dandini and his wife were instrumental in finding a permanent site for TMCC.

The couple secured the current site of the Dandini Campus from the Bureau of Land Management (BLM).  “I remember walking that hillside above Reno with him, and hearing him talk about the vision for the Desert Research Institute to be here,” said Donnelly. “BLM had some regulation that prevented DRI from purchasing the property. As I recall, a college could purchase the property, but there had to be students and DRI had no students. Dandini did all the paperwork for the division to get the property. Then we transferred part of the property to DRI.”

That is why TMCC is located where it is, and why the space between DRI and TMCC is named “The Angela Dandini Garden.”

There might never have been a need for a campus for TMCC—or any community college in Nevada—if it hadn’t been for a donation from Howard Hughes. An American businessman, investor, pilot, film director, philanthropist, and eccentric, during his lifetime Hughes was known for his multiple world air-speed records, his Academy Award-winning films and multi-million dollar business dealings, but not necessarily his dedication to higher education.

However, according to the first part of a two-part report that ran on Nevada Public Radio, “...Nevada’s world turned upside down in 1966” when Hughes took up residence in the Desert Inn Hotel in Las Vegas. He would remain there for four years, and when the hotel’s owner tried to kick him out of the top-floor penthouse, Hughes simply bought the place.

So, perhaps it isn’t so surprising that the story of Nevada’s first attempt at establishing a community college would draw his attention. According to a story that ran in 2015 in the Elko Daily Free Press, Nevada was the last state to have a community college system. It wasn’t until 1967 when  Elko residents worked together to raise $50,000 for the first year of funding for a community college, which they named Nevada Community College.

Although Governor Paul Laxalt put the college on the agenda for a special legislative session that year, funds that would enable the college to remain open perpetually were nowhere to be found.  As Laxalt tells the story, he was invited to a banquet at the Commercial Hotel in downtown Elko by the college’s founders. The gathering, he said, had the feeling of a wake.

According to Nevada Public Radio’s two-part series on Hughes, this was one of several acts of generosity for higher education in Nevada:

[Hughes] also helped education. He provided the seed money for the University of Nevada Medical School. His funding bailed out Elko’s failing community college and really did a lot for what is now Great Basin College, as well as the rest of the state’s community colleges. Beyond Nevada, a medical institute in his name has done important research.

Although we may never really know the exact reason why Hughes invested in the community college system in Nevada, there are lasting effects of his generosity that continue to impact students today. TMCC’s robust program of Undergraduate Research is possible, in part through a partnership with SEA-PHAGES (Science Education Alliance-Phage Hunters Advancing Genomics and Evolutionary Science), which is jointly administered by the Howard Hughes Medical Institute’s Science Education division.

An unexplainable coincidence? Perhaps. For more information about TMCC history, contact the TMCC Archives at 775-674-7604.