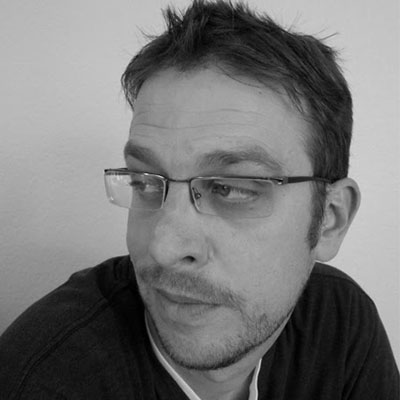 On January 7, Poet and TMCC Professor Lindsay Wilson read a poem for the official inauguration of Steve Sisolak, Nevada’s first Democratic governor in two decades. Wilson, who is an established figure in the poetry scene, served as Reno’s Poet Laureate 2017–2018 and whose award-winning book No Elegies (which won the Quercus Review Press Spring Book Award) has found that verse gives a resonate voice to the stories we tell ourselves.

His poem, which utilized ecological and historical imagery of Nevada, also contained lines suggestive of a professional who has dedicated himself to both poetry and education:

Praise
children. Praise their cool, clear sky of thought.
[…]
Praise those of us who tell them: be good,
clean your room, study hard. Praise science
class and art. Praise the young at their first job,
their back’s strong industry.
Praise everything
we demand of them, so that we remember to proudly
demand it of ourselves.
[...]
Teach them to be thankful for today’s brisk hope,
thankful for the new year’s clean page as we write
that this year’s resolution is to be the people
we teach our children to become.

Poetry, Wilson insists, is more relevant now than ever. “Just look at Instagram, which presents us with discrete lyrical moments, like snapshots, of a person’s life. It’s an easily digestible form. Flash Fiction and Nonfiction—these are narrative forms directly influenced by poetry.” It’s all around us, every day: compressed forms of linguistic expression that do the work of telling us a story—which, Wilson claims “is the principle shaper of human behavior.”

Every semester, two sections of Poetry classes are filled by Wilson and other TMCC faculty—one during traditional school hours, and the other at night. Students, he says, are hungry for it. “On the first day in the poetry classes I teach, I always conduct an informal survey, asking the students if they have any experience writing poetry—or doing any kind of creative writing at all. Usually two-thirds to three-quarters of students have never engaged in poetry—reading or writing it.” Despite this, the seats in poetry classes offered at TMCC are rarely empty.

Wilson brings his experience as a professional poet to bear on the academic practices in the classroom, which involve the revision process and working with criticism. “I have students draft four pages of free writing that they have to cut to create a 14-20 line poem. It forces them to go through the creative process—and teaches them that you don’t just sit down and write a poem. Ideally, you don’t even consider structural concerns like line breaks until 5-6 drafts in.”

Wilson also works with students on translating lived experience to the medium of language through concrete, sensory details. Language, which is abstract by its very nature, requires precision when relating the details of the past. Words typically taken for an adequate descriptor like “beautiful” or “delicious” fail to render a specific, crisp image in a reader’s mind. Wilson directs students to call things what they are: if you are describing a meadow, go directly to the texture, size and color of the grasses or the names of the wildflowers; if it’s breakfast, describe the sizzle of the bacon in the skillet.

Workshop sessions form the heart of a poetry class. “This is where you use the student’s words themselves to teach them different poetic techniques. Getting it down on the page transforms an abstract concept into something tangible, that they can actually see and work with,” said Wilson.

Wilson wasn’t always interested in poetry. Yet, due to a creative friend who was a musician, Wilson began writing lyrics to spoof popular songs in high school. “I kept these lyrics in a journal. This was about the time that my mom brought home a poetry collection by Gary Soto. I was amazed that his work described the place where I grew up, and the people I knew. He wrote about the San Joaquin Valley with a multicultural and bilingual perspective. It was shocking to me then—subversive—that you could make that into art. That was when I began to be interested in contemporary, American poetry.”

These days, Wilson brings contemporary American poetry into the classroom, showing students examples of poets who grapple with similar issues they face. “Our student body comes from a diverse background, and some of our students have suffered and struggled. Poetry and memoir can help them to re-envision (revise) the meaning in their life,” Wilson said. “That is what revision is—you learn to see what has happened in your life differently.”

Wilson, who has been the editor of TMCC’s Literary Journal, The Meadow, since 2006, sees poetry and nonfiction as vital for students who are working toward achieving their goals of bettering their lives through higher education. “Story is the principle shaper of human behavior,” he said. “Every student at TMCC has bought a story that if you work hard and get through college, your life will be better.”

By encouraging his students to write and revise poetry and essays based on their experiences, Wilson hopes that they learn not only the literary techniques to invite readers into their lives, but that they realize that their lives can be stories—that they matter.