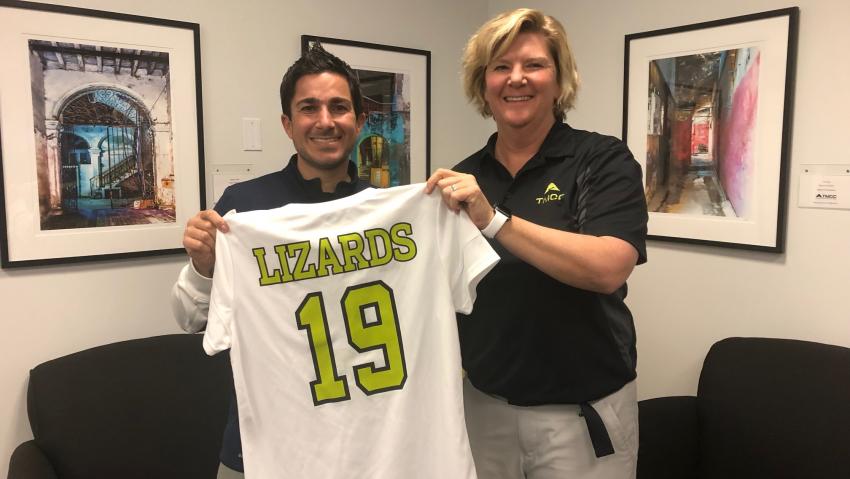 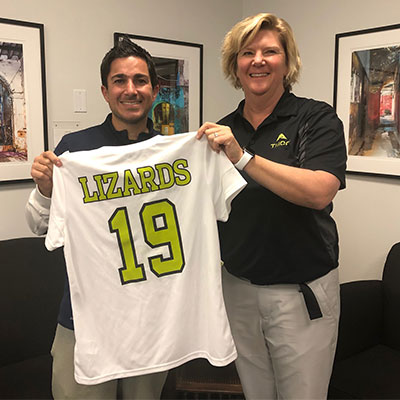 There’s a new sound that will be echoing across the Dandini Campus in the Fall of 2019: “Goooooaaaaalll!” With TMCC’s recent approval to join the Scenic West Athletic Conference (SWAC) and the announcement of Nick Arbelaez’s hiring as Head Coach for both the men’s and women’s soccer programs, the Mighty Lizards are set to take to the field in their first season.

Arbelaez, who comes directly from his position as Head Men’s Soccer Coach of Lake Tahoe Community College, brings a wealth of experience to the field.

“I consider all athletes student-athletes, not athlete-students. How they perform in the classroom is ultimately more important than how they do on the soccer field. My focus for this program will be on retention and graduation rates. I want to keep my players on the team, and I can do that by supporting them in the classroom. For graduation rates… I had a 91% graduation rate at Lake Tahoe Community College. I will work to improve that here, and I am ready to hit the ground running,” said Arbelaez, whose father was a legendary soccer player and coach, and who encouraged Arbelaez to begin playing at a young age. Since, he’s coached high school, collegiate and club-level soccer for the past 12 years.

Arbelaez’s hiring follows the news that the Nevada System of Higher Education (NSHE) Board of Regents approval of the Mighty Lizards’ participation in the SWAC, a sports association for junior colleges located in Idaho, Utah, Colorado and Nevada. SWAC is the sole athletic conference in the National Junior College Athletics Association (NJCAA)’s Region 18, which houses athletic teams from Colorado, Idaho, Nevada, Oregon, Washington, Western Montana and Utah.

“With the approval from the Board of Regents to allow us to be members of the Scenic West Athletic Conference, TMCC Athletics has a home in which to compete,” said TMCC Athletic Director Dr. Tina Ruff. “It assists with recruiting, scheduling, as well as student-athlete recognition on a conference, regional and national level.”

Arbelaez, like the SWAC Conference, are key pieces in an emerging athletic program that is intended to enhance student experiences and opportunities at TMCC. “I want to make TMCC better, and to be here a long time. The first year is the catalyst when you build a foundation and you make an impression on the school and on the community. The program will be successful when we graduate our students. If soccer is a part of their future, that’s great, but soccer will only last so long; academics and getting that degree—that’s the most important." said Arbelaez.

“This is another great moment for TMCC’s Athletics program,” said Dr. Hilgersom. “Coach Arbelaez brings with him an expertise of Northern Nevada and the ability to recruit and retain (quality) student-athletes. His knowledge of the sport and our community will enable him to make athletics a part of our campus community, and an expression of the unique opportunities we offer to students at TMCC.”

As the Athletics Program continues to develop, TMCC is forging a connection to both its past and its future. The campus hasn’t hosted a sports team since 1979 when, as a satellite campus of Western Nevada Community College, an athletics program which featured basketball, boxing, golf and track operated under the purview of head coach/Director of Athletics and Student Activities Joe Ayarbe.

With thousands of potential student-athletes in Washoe County, TMCC will offer these students a place where they can achieve their academic and professional goals while participating in the sport that keeps them on their toes.