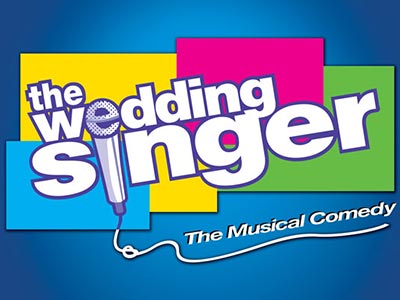 It's 1985, and rock star wannabe, Robbie Hart, is New Jersey's favorite wedding singer. He's the life of the party until his own fiancé leaves him at the altar. In a whirlwind of events, this Rom-Com takes the audience through a musical story with memorable songs and energetic dance numbers.

"The Wedding Singer," performed and produced by some of TMCC’s talented student thespians and faculty within the Visual and Performing Arts Program, is a story of romance, comedy and nostalgia. The performance dates are November 2—17 with matinee shows on November 11 and 18. The show will be held at the TMCC Redfield Performing Arts Center, 505 Keystone Ave.

“Theatre creates community, and each member of the production team, cast and crew contributes their own creative talents to shape the unique interpretation of the eventual performance,” said Mig O’Hara, Director for "The Wedding Singer." “Each show takes on a life of its own, exposing the vulnerability of actors evolving in real time. The audience becomes an integral part of the dynamic as it connects emotionally with the story.”

The musical, presented through special arrangement with Musical Theatre International (MTI), is based on the New Line Cinema film written by Tim Herlihy and starring Adam Sandler and Drew Barrymore. The cast and ensemble is made up of TMCC students, a majority of whom are performing arts majors, as well as community members who are interested in theater.

"The Wedding Singer" is directed by Mig O’Hara, with Musical Direction by Ted Owens, Choreography by Dayna DeFilippis and Technical Direction by Ty Hagar. Auditions were held the first week of classes and the cast was selected shortly after. The cast and crew began rehearsals in late August to prepare for the opening of the show in November.

Tickets can be purchased at www.showtix4u.com or by calling 775-789-5672. Seat prices are $15 for general admission, $13 for students, seniors and veterans, and $10 for TMCC students. Prices increase at the door.

For those interested in theater and performing arts, TMCC offers coursework and degree programs within the Visual and Performing Arts department. The program offers public performances throughout the year in theater, dance and music. Visit the Performing Arts Season Schedule for upcoming productions.

Students interested in the performing arts can earn an Associate’s Degree in Fine Arts with a Theater emphasis, or a Certificate of Achievement. Music, dance and visual arts also offer various degrees and certificates with separate courses.

For more information, please call the Visual and Performing Arts Department at 775-673-7291.