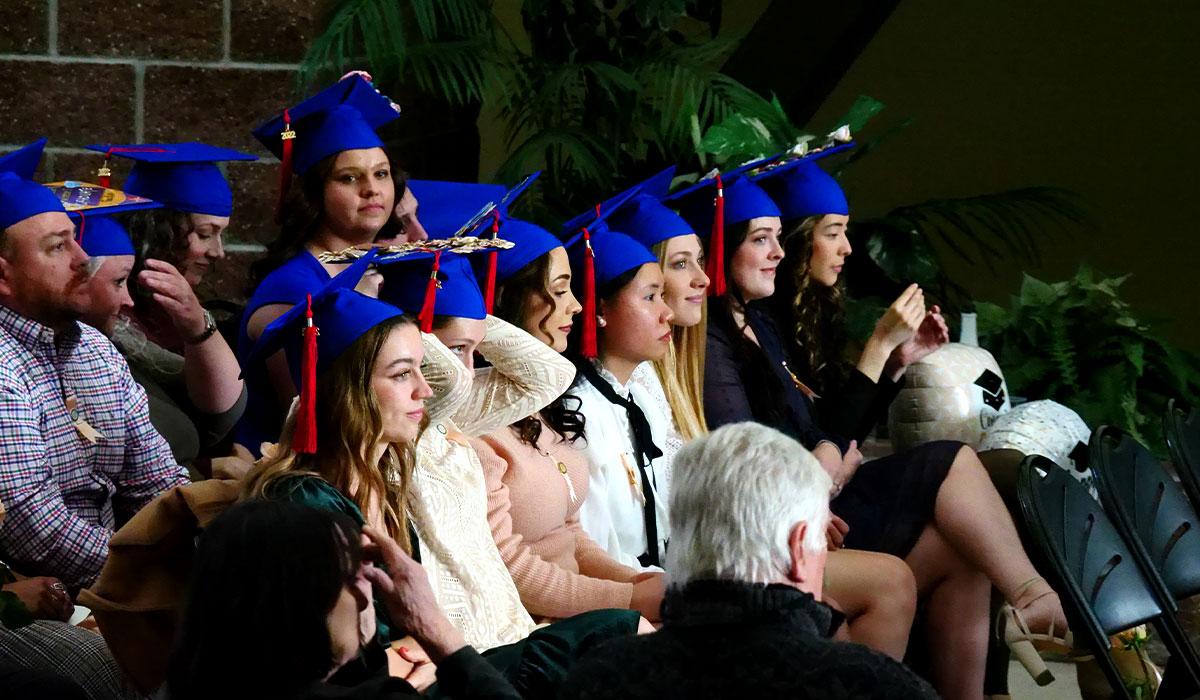 While most TMCC graduates walk the stage at the College’s annual Commencement ceremony in May, the Fall graduates of the Maxine S. Jacobs Nursing Program earned their associate degrees in nursing (ADN) and celebrated this accomplishment at their Pinning Ceremony on Thursday, Dec. 8.

Nursing Program Director Jody Covert shared that the majority of the group of graduating students have already gained employment in the field of nursing. Congratulations, graduates! 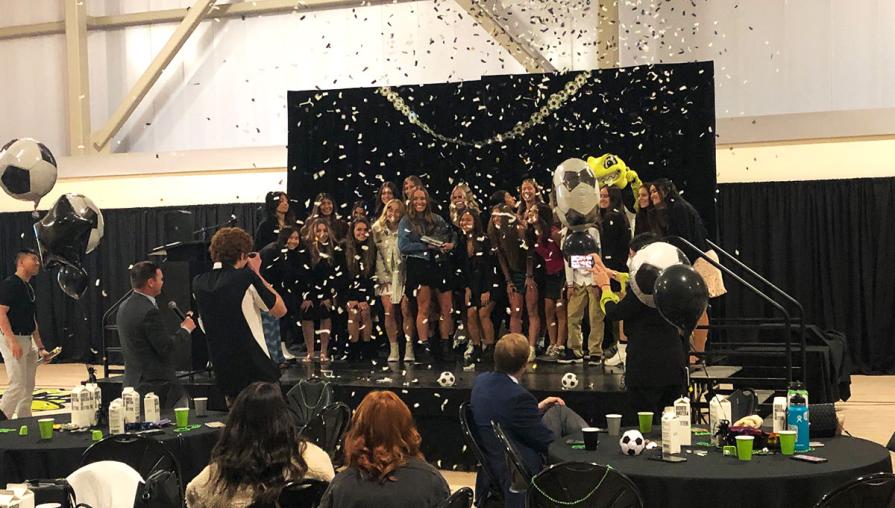 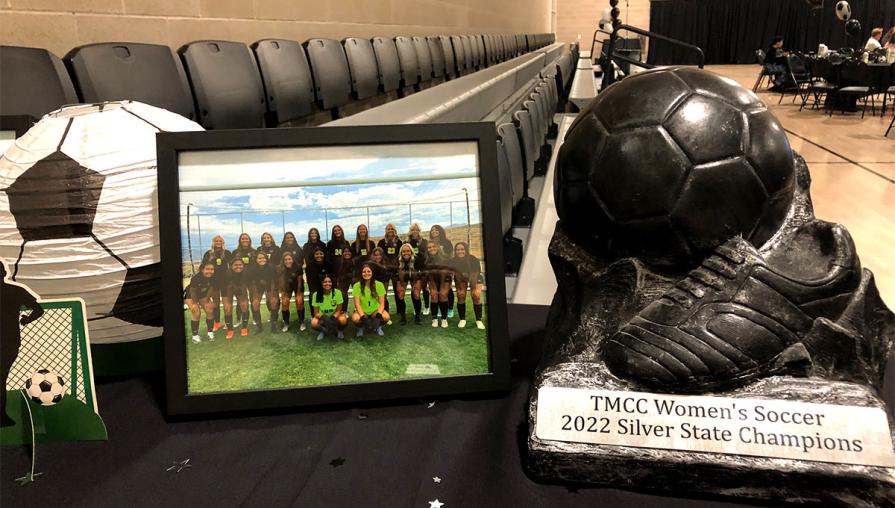 The Silver State Champion trophy will be traded with in-state rival CSN each year.

The Mighty Lizards celebrated and recognized TMCC Men’s and Women’s Soccer for their efforts throughout the 2022 season at their banquet held on Friday, Dec. 9 in the Fitness Center. With student-athletes, various staff, board members and President Karin Hilgersom in attendance, this event included celebrating 23 outgoing sophomores, as well as award and scholarship recipients.

The women's team was surprised with the awarding of the first-ever Silver State Champion trophy, affectionately known as the Silver Boot trophy. According to Hawkins, the one-of-a-kind trophy will rotate back and forth with in-state rivals College of Southern Nevada (CSN) every year; if there’s a tie, the school who won it last will keep it. With two wins against CSN this year, the women’s team proudly accepted the trophy amid a shower of confetti. 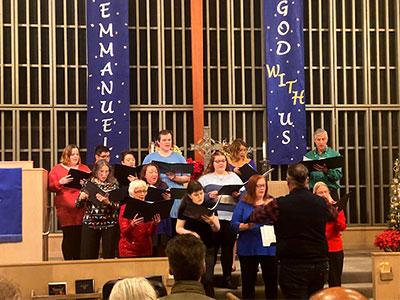 Professor Ted Owens directs members of the MUSE 101 choir at the First Congregational Church of Reno.

To launch the joyful holiday season, the TMCC Concert Choir held “A Welcome Back Holiday Concert” on Wednesday, Dec. 7 at the beautiful First Congregational Church of Reno.

Student performers enrolled in the MUSE 101 choir presented traditional and diverse holiday selections to represent a variety of celebrations. The program also included international pieces, such as “Eneza Upendo,” a Swahili translation of Spread the Love.

With Professor Ted Owens serving as Artistic Director and Conductor, Instructor Earline McGrannahan as guest accompanist, and solo performances by the talented Mig O’Hara, the student MUSE 101 choir harmonized on Hanukkah pieces about the light of the season, as well as sentimental selections from musicals and movies. Owens enthusiastically promoted the TMCC music program and listened for new potential performers as the audience of the young and young-at-heart sang “Let it Snow,” “The Christmas Song,” and “Winter Wonderland.”

“Throughout the program, it was clear that music really is love,” said Liberal Arts Dean Natalie Russell. “The heartwarming show concluded with the talented choir performing ‘Sleigh Ride,’ and the audience went on its merry way with hearts renewed and filled with holiday cheer.” 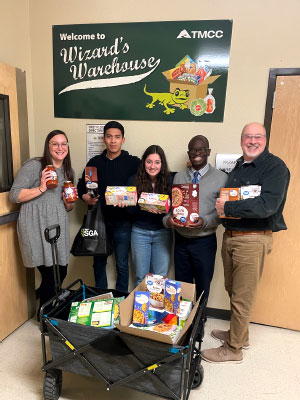 Student members of the Business and Entrepreneurship Club (BE Club), working with Advisor and Management Instructor Kofi Poku, organized a “Project Provide” community drive during the end of the Fall semester. Club members gathered donations of warm clothing and bedding such as jackets, hoodies, shoes and blankets, as well as canned and other pre-packaged food. At the end of the drive, items were sent to TMCC’s Wizard’s Warehouse and Reno Burrito Project.

“The aim was to bring our community together to help provide clothing and food for those in need, within the TMCC community and the Reno community at large,” said Poku, thanking TMCC staff for their participation. “You showed your support in many ways to make it a great success!”

The BE Club is a Recognized Student Organization through the TMCC Student Government Association, open to all students regardless of major.