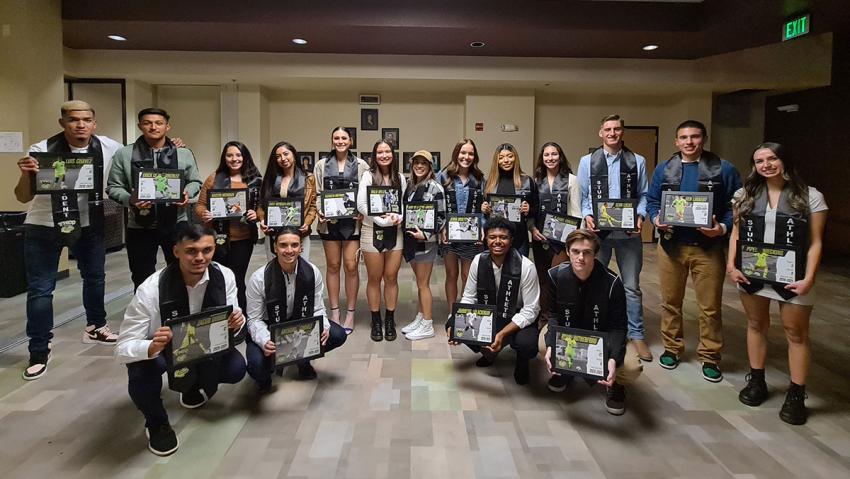 Last week, the Mighty Lizards put a bow on their 2021 season, inviting players, Athletics staff, and TMCC faculty to a banquet celebrating the completion of the third-ever season of Men’s and Women’s Soccer at Truckee Meadows Community College.

The event featured remarks from Coach Geoff Hawkins before the Mighty Lizards honored the student-athletes that helped make the season remarkable. Twelve were recognized for their accomplishments on the field, while the Mighty Lizards also recognized the outgoing second-year players who plan to graduate come spring:

In addition, TMCC recognized two student-athletes with the Mighty Lizard Award, meant to honor those who best exemplify TMCC on the field and in the classroom by showing incredible leadership, poise, and academic achievement. Ryan Rutherford and Yalison Espinosa, both All-Region honorees and captains for each team, received the 2021 Mighty Lizard Award for Men’s and Women’s Soccer.

The Mighty Lizards also honored the four student-athletes who were recognized for their play during the season at the Scenic West Tournament. In October, Luis Chavez, Erick Ceja-Gonzalez, Emily Mendoza-Obeso, and Yalison Espinosa were all awarded All-Region recognition for their performance against TMCC’s Scenic West Opponents.