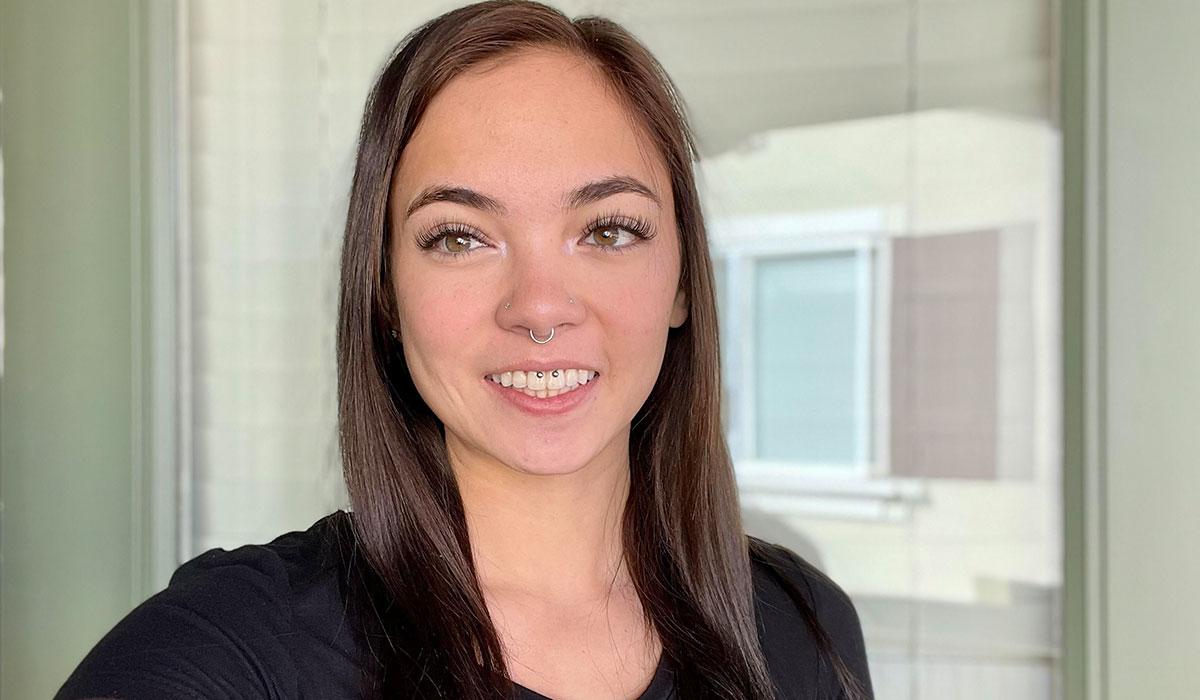 Torry Tegio was eighteen years old when she became a lead mechanic for head cams and injectors at TEC Equipment. A graduate of TMCC’s Diesel Program, Tegio knew from an early age that she had an affinity and a desire to work on diesel engines thanks to her great grandfather. “When I was really young he taught me some basics about diesel [engines], and I’ve always loved the way an engine gets put together and runs in perfect harmony,” she said.

Tegio’s journey to becoming a diesel mechanic wasn’t linear; when she was sixteen she transferred to TMCC High School and began taking classes in the Diesel Technology Program. She crossed the commencement stage two years later in 2018, but it wasn’t because she had earned her high school diploma, but instead her Associate of Applied Science degree from the Diesel Program: it was her goal to earn that credential first.

Although the challenges and rewards were many, for Tegio rebuilding a 3406E Caterpillar engine and making sure it could run after the rebuild was among her favorite experiences from the program. Students worked in pairs in that class, and Tegio remembers that she and her partner were the second team to complete the rebuild.

“At the beginning of the class, you are given a complete engine and then you tear it down and inspect everything,” she said, explaining that it’s important to have the same mechanic rebuild an engine who took it apart in the first place: that way they have a unique understanding of all the pieces and parts.

The same might have been true for Tegio’s academic journey: while a sophomore at Damonte Ranch High School, she found it difficult to connect with her education in any meaningful way and was often late for class; at TMCC, however, Tegio began building a professional journey that mattered.

“I went from missing so many classes to my final semester at TMCC when I think I missed only one class,” she said. Tegio attended classes in the Diesel Technology program from 7 a.m. to 7 p.m. with the goal of completing her degree in the Diesel Program before her high school diploma. She kept up this schedule in addition to holding down two part-time jobs. What made the difference? Tegio was putting her mind to learning skills she was passionate about, so going to class was less like work… and a lot more fun.

After receiving her degree, she worked with Ryder Rental Trucks for six months. “That’s where I got my foot in the door,” she said, explaining that she has since worked for several well-known names in the industry including TEC Equipment, and Muscle Motorsports. She currently works as an Estimator for Velocity Truck Centers.

“I’ve been with the company for six months,” she said. “And... I don’t work on semis anymore... but I’m still in the industry and all of the knowledge I learned, both at TMCC and in the field, has helped so much.”  Tegio’s goal is to eventually start her own business.

To students who are just starting off on their journeys, Tegio recommends making sure that you pick a degree or career that interests you. “Make sure you’re doing something you want to do, because it just makes coming to school a lot easier. In high school, you have to learn everything that they tell you you have to, but when you get to pick what you want to do, it makes coming to school fun. I didn’t miss a single day of class in my senior year,” she said. TMCC’s classes were also affordable, which was a huge benefit to Tegio as a student and a professional.

“Even on the bad days, remember what you are working towards. Yes, it’s your future, but it is also supposed to be fun. Life isn’t about just going to a nine to five and living your life like that. You also have to build your life about what you find fun,” she said.

While Tegio’s passion for diesel engines and the industry remains unchanged, she admits that coming to TMCC changed the trajectory of her life. “I don’t think I’d be anywhere without TMCC,” she said.

As a part of TMCC’s 50th Anniversary Celebration for the 2021–2022 academic year, we will be highlighting the success stories of our amazing alumni. Check back with our anniversary website for more details of the ongoing celebration or send your alumni success stories to our Marketing and Communications team.