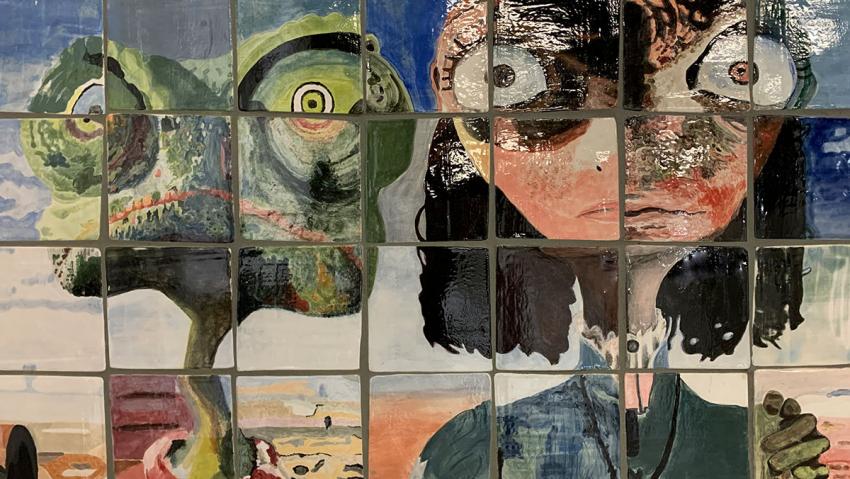 TMCC Fine Arts major Stephen Myler is in his final semester in the associate of arts program. An exhibition featuring his work called “Goblinz Within” will be on display in the TMCC Red Mountain Student Gallery from April 23 - May 6. Myler, who mainly works in fantasy and character artwork, said that his experience at TMCC has broadened his appreciation of art. “My time here at TMCC has introduced me to many classical and contemporary forms of art that I’ve grown to love,” he said.

His work, inspired by tabletop games such as “Dungeons and Dragons” and “Magic the Gathering,” is reflected in the exhibition in which Myler’s work explores the mischievous nature of goblins that have appeared in folklore since the middle ages. “They are almost always small and grotesque, mischievous or outright malicious, their behavior highlights parts of human nature that we all tend to deny,” he said.

Currently an illustrator and painter from Sparks, Myler is a former musician and computer technician--a past that gives him his unique perspective of the world around him. Having raised three children, he returned to TMCC and UNR to pursue his lifelong dream of being an illustrator and painter.  His influences, which include Jeff Easley and Todd Lockwood whose work also employs chiaroscuro lighting and tenebrism inspired Myler’s exhibition.

“My goal has been to create characters that can create a connection to my viewers through storytelling and humor. What the viewer should look for in the work is whatever they can imagine themselves inside of it. I strive to bring three-dimensionality to my characters through subtle changes in color...and the goblins tend to exist in low, dramatic lighting. As an artist, drama is always a goal, but my hope is to draw in the viewer and make them a part of the story.”

In addition to Myler’s individual exhibition, he is also showing work in the 2021 Student Art Show, which explores the theme of “reflection and recovery.”

“I have two pieces in this year's show that reflect these ideas in different ways,” he said. “The first is a drawing I created for my figure drawing class that has two masked nude women, downtrodden by the quarantine, as to not even bother to put on clothes.  The other is a piece called ‘Travel Gnome’ which is more about levity and the opportunity to travel again.  It is an abstract piece that pulls apart the basic shapes of a pop culture figure and aims at reflecting the same positive mood of the original icon.”

Myler is joined by several student artists who use their visual art to explore reflection and recovery after a year nobody saw coming. “When 2020 snatched away any sense of normalcy and revealed the illusion of security previously felt in daily life, artistic expression is an outlet and this exhibition includes works made amid all that confusion and uncertainty. They encourage viewers to connect the images to their own ideas and modes of adventure with varying mediums and moods, forms and of escapism, and delightfully altered realities. However dark times may be, the result is growth and wisdom: a reminder of our ability to adapt and change when the familiar falls away,” said Taryn Trapani, a student in the Galleries Practices class.

Of the student show, Myler said exhibition attendees should prepare to experience a “wow” factor when exploring the creativity and expression of TMCC student artists. “There are a lot of well-constructed artworks in this year’s show, and it demonstrates the excitement students have who couldn’t wait to participate in a new exhibition after a year of isolation,” he said.

The Student Art Show was juried by Mark Hammond and Wes Lee, who both awarded several TMCC student-artists. “It was a very hard show to judge,” said Hammon. “I could have easily given more awards. [There is] lots of talent [here.]”

First place was awarded to Makenzee Arellano for her ceramic piece Story of Perseus. Second place was given to Tiana Keller for her black and white photograph entitled Skin. Third place was Anthony Jack’s charcoal drawing titled Raven Portrait.

Additionally, the following artists and works were recognized: 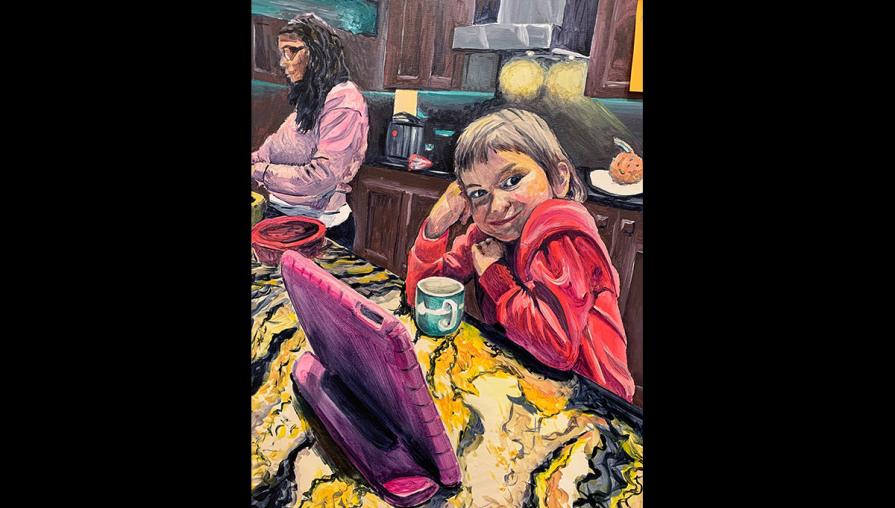 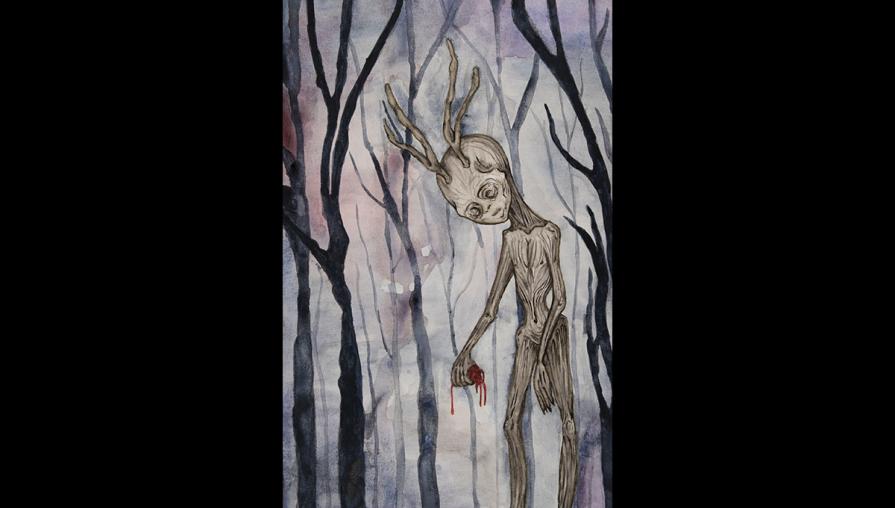 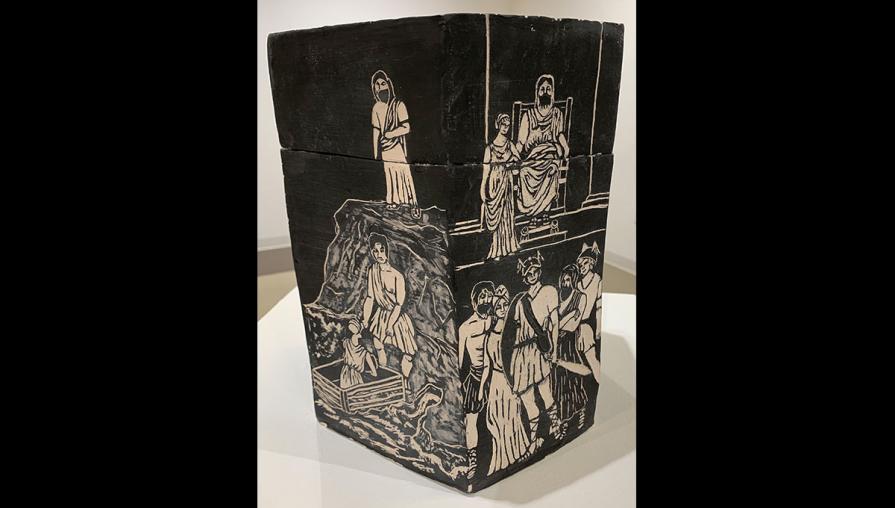 "Story of Perseus" by Makenzee Arelleno 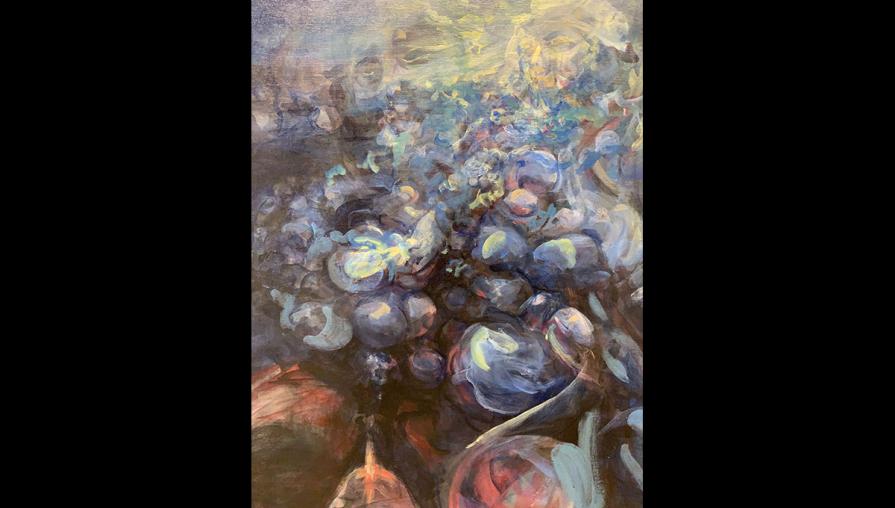 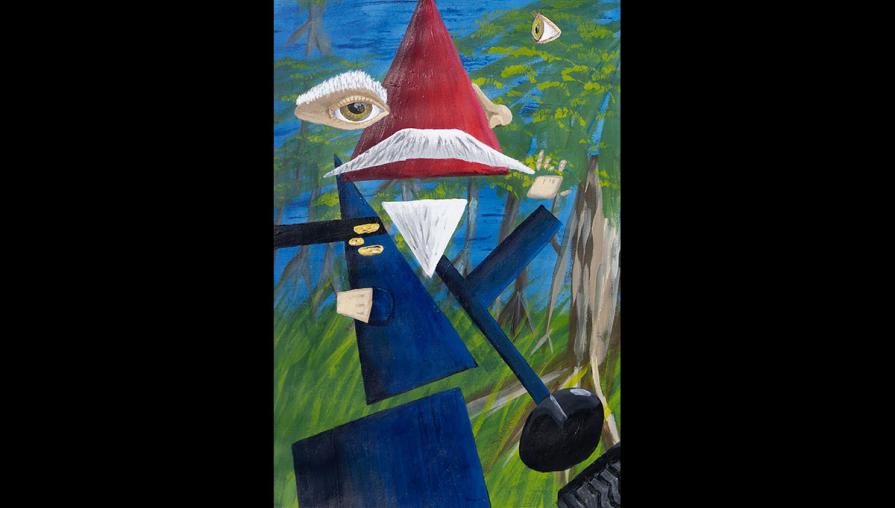 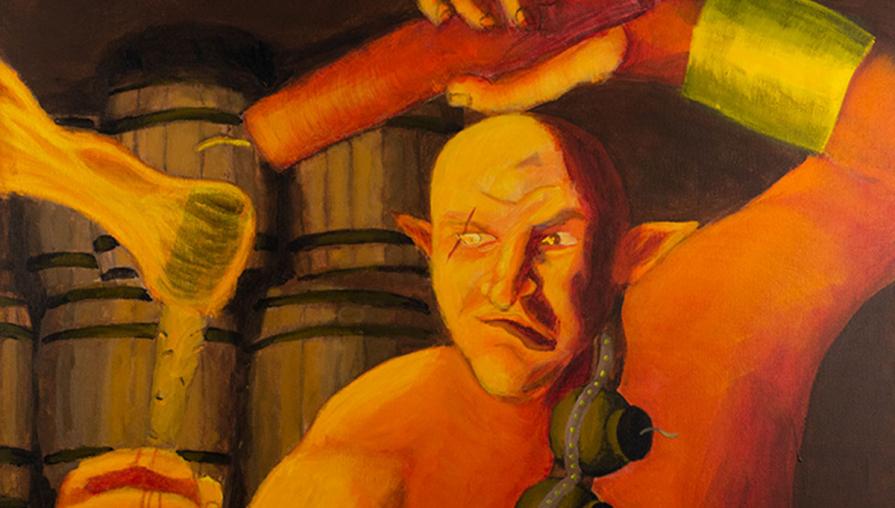 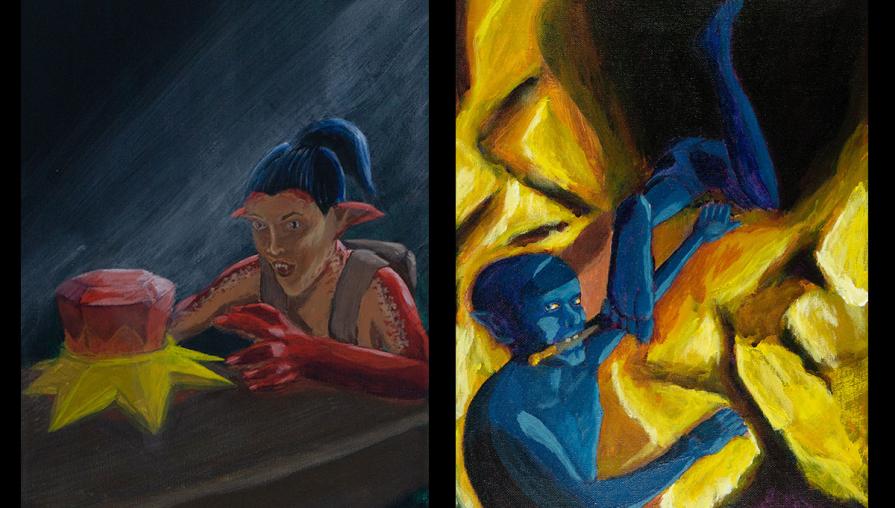 Left to right: "Goblin Thief" and "Climbing Twins" both by Stephen Myler

"Story of Perseus" by Makenzee Arelleno

Left to right: "Goblin Thief" and "Climbing Twins" both by Stephen Myler

If the call to bring art into your life is stronger than visiting a gallery or exhibition, Myler recommends taking a class from TMCC’s Art Department, an experience that has deepened his appreciation of the subject, while providing him with the education and skills he needs to become a professional painter and illustrator. With the return of several in-class options in Fall 2021, this is the perfect time to follow your expressive passions.

“If you ever wondered if a career in art is for you, or if you are just a hobbyist or even a potential hobbyist, take an art class,” Myler said. “The instructors at TMCC are excited about what they do and excited about their students. The culture at TMCC is one of personal development. There are students at this school of all goals, walks of life and cultures. Take an art class… you’ll be the better for it.”