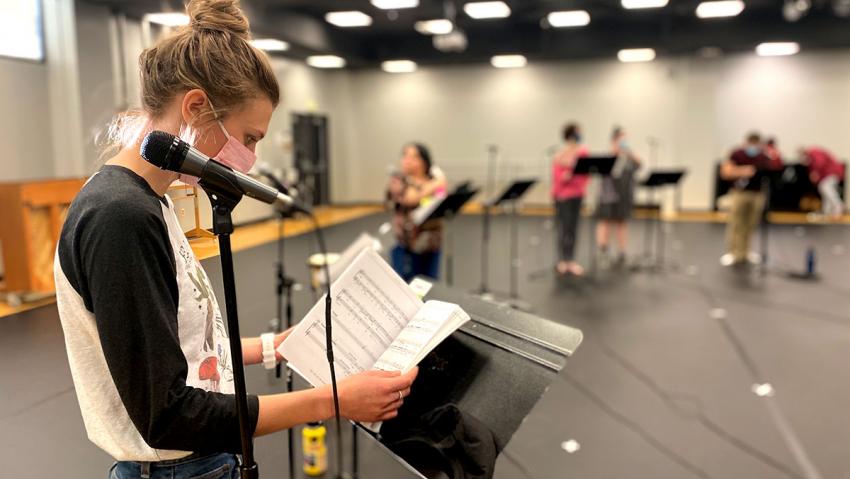 TMCC Performing Arts student Leigh Schilling plays one of the eight disciples in the upcoming virtual performance of Godspell. Schilling, who was cast in last year’s spring dance concert that was canceled due to COVID-19, said that returning to the performance stage, even in this altered format, has been a welcome change.

“When I saw the call for auditions, I thought ‘well, I’ve got to do something to get out of the house,’” she said. “But so far, getting to perform again feels so rewarding, especially after this past year when nobody was able to do anything.”  Schilling plays one of eight disciples who help Jesus Christ tell different parables by using a wide variety of games, storytelling techniques and songs, all told with lighthearted, comic whimsy.

The role has challenged Schilling, who has never had to sing on stage. “This has been a learning curve, learning to sing, learning to control my voice, and trusting myself,” she said. Yet, songs are central to this production with styles that range from pop to vaudeville that deliver Jesus’ well-known messages of kindness, tolerance, and love.

Although she didn’t know the production before she was cast in her role, Schilling, like the rest of the cast, has become attached to Godspell, the first major musical theatre offering from three-time Grammy and Academy Award winner Stephen Schwartz (Wicked, Pippin, Children of Eden).  It’s not difficult to see—and to hear—why: the international hit "Day by Day," can’t help but make audiences smile.

And yet, given that the play will be offered to audiences in a virtual space, some aspects of a traditional production have been altered. While the cast will still perform (and be recorded) on stage, the sound will be pre-recorded, which allows for actors to wear masks and maintain social distancing and other safety protocols.

Being a part of the Godspell production has brought Schilling some much-needed community and camaraderie. “When I first joined the cast, I only knew a few other people,” she said. “But meeting all these new people has been really fun, too.” 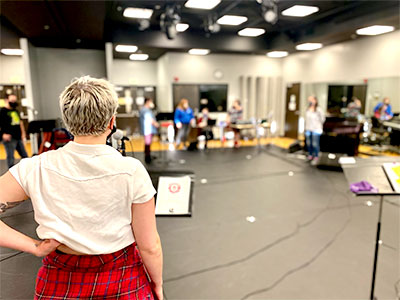 The audio tracks for the Godspell virtual performance happened on April 7 and 8. The performances will be streamed live April 23–25.

Although the cast for TMCC’s production of Godspell is fairly small, six weeks into the rehearsal schedule the production was in need of additional help, which is how TMCC student Kaitlinn Young joined in as the Stage Manager. She admitted she was slightly nervous about stepping in as an authority figure.

However, Young too discovered an unexpected community by participating in this production. “I love this cast, I really do. It’s a really good community if you’re starting out or you have been here for years,” she said.

While there have certainly been challenges in creating a theatrical production in the lingering days of COVID-19, Young nonetheless cites time management as one challenge performing artists face, regardless of whatever else—pandemic included—are happening in the outside world.

“It’s just like any production. In theater, it’s always going to be a [challenge] because you’re there every single night except for two days a week and then you have everything else in your life,” she said. Yet, the hard work and dedication of the cast has been inspiring for her to witness. 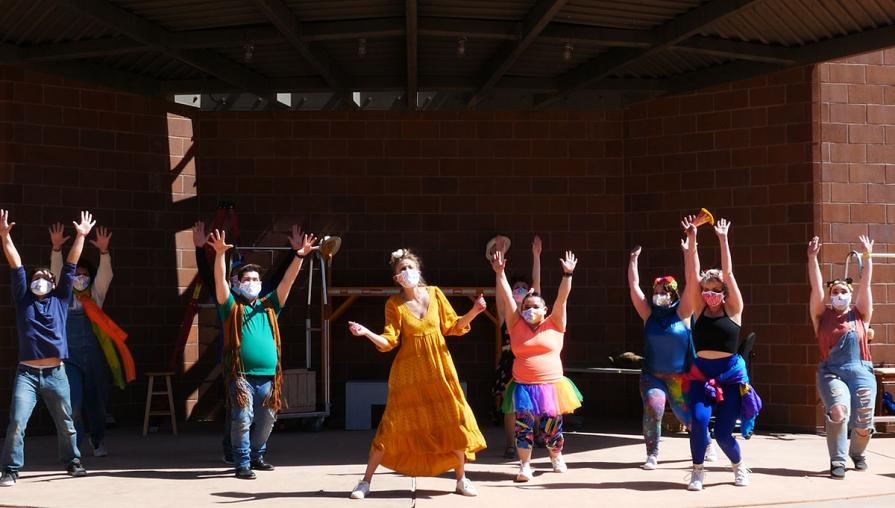 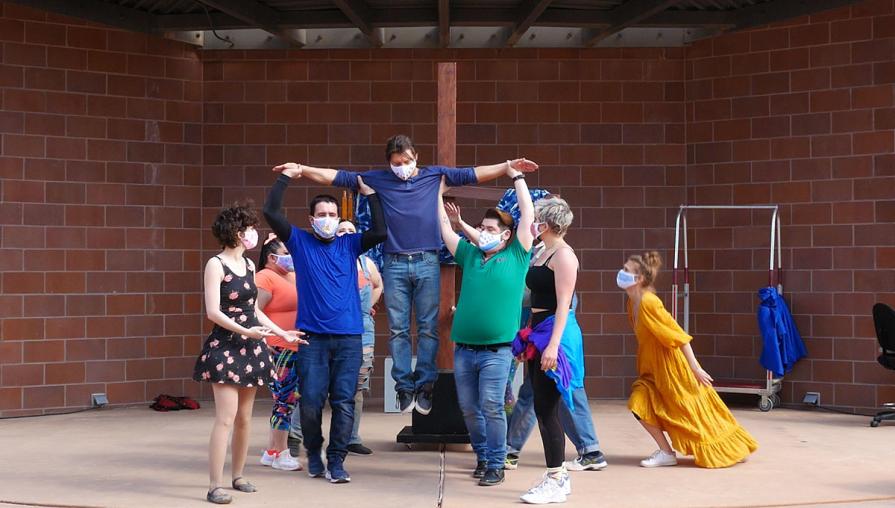 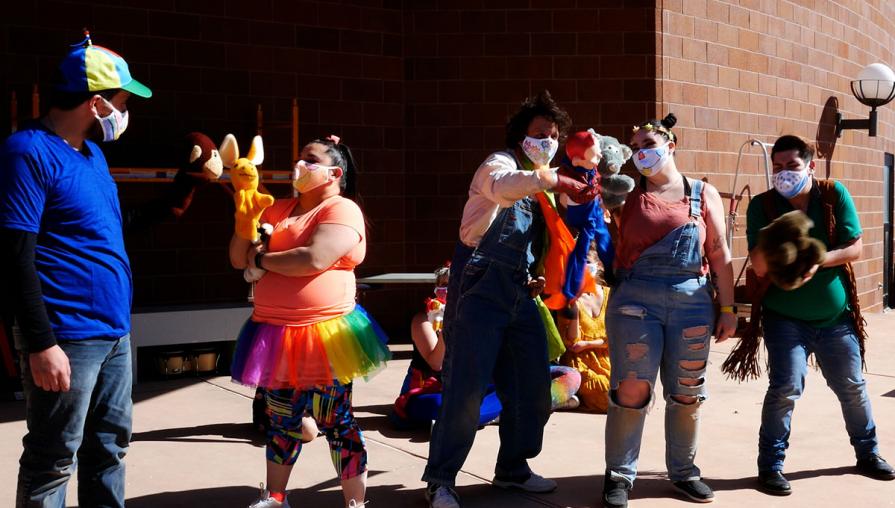 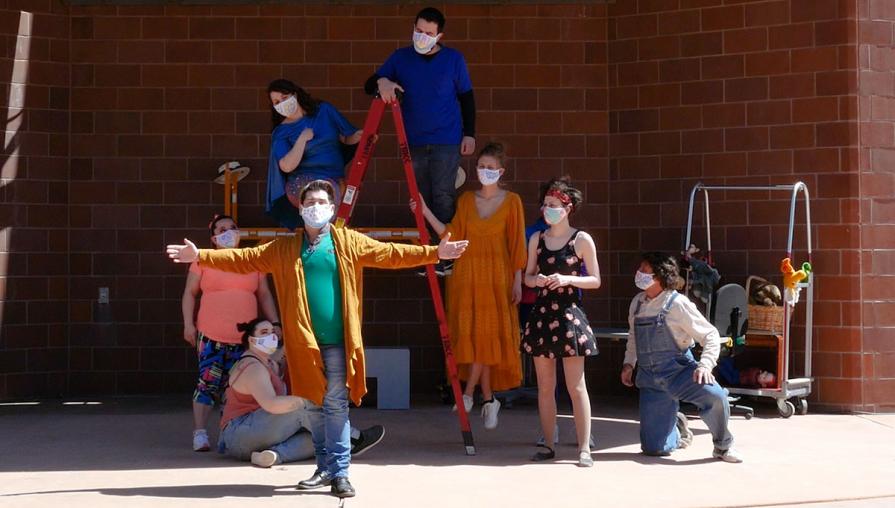 Under the direction of TMCC Performing Arts faculty Stacey Spain, Ted Owens and Dayna DeFilippis, performances will be streamed online on April 23 and 24 at 7:30 p.m. and April 25 at 2 p.m. Tickets are $15 for general admission. Aside from the updated format, audiences can expect a different take on a number of traditional Christian parables. “The joy and community created by this production are precisely what is needed now for our students and our audiences,” said Production Director Stacey Spain.

The cast echo these sentiments. “I think the audience is going to experience something that’s very entertaining,” said Schilling. “It’s different, quirky and it’s really good. It’s definitely worth a watch.”

Young agrees, admitting that the production’s score is something near and dear to her heart because it reminds her of the positive experiences she has had interacting with the cast in a time when the world is starved for performances.

“This performance is like soul food, in my opinion. There’s something that’s very nice about the wonder of these characters and they don’t take anything too seriously. And, it has a good emotional core,” she said.

For more information and to purchase tickets, contact TMCC’s Performing Arts department at 775-674-7610.