The Awá and Anthropology: What the Amazon Can Teach Us 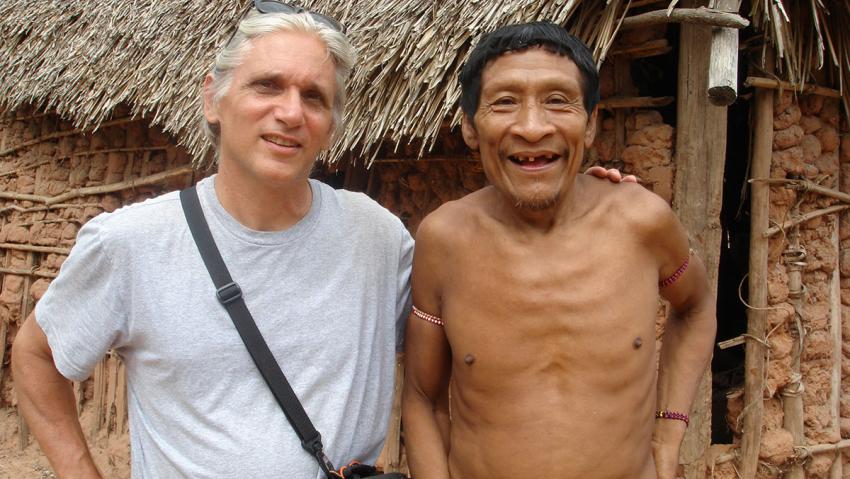 When you think of the Brazilian Amazon, there are probably several images that come to mind: deep and dense forest, or the wide and far-ranging river that shares its name, or perhaps images of the various cultures that inhabit the area. What might not come to mind are cell phones, COVID-19 vaccines and the other host of problems we ourselves face: but these are human problems after all, and as much as anthropology has been romanticized as the profession in which you dig up the bones from the very distant past, it’s also a discipline that, especially as of late, has come to bear witness of the result of its own romanticizing.

Anthropologist and Associate Professor of Anthropology at the University of Nevada, Reno Louis Forline, who is giving this year’s presentation for the Distinguished Speaker Series event, has long had a fascination with indigenous peoples and a desire to return to Brazil, where he grew up, to do exactly that. Thanks to a colleague in graduate school, he was introduced to a people called the Awá, who hadn’t been studied previously. 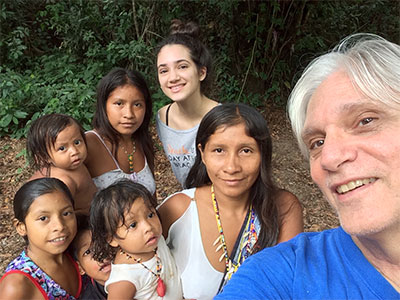 Professor Forline and his daughter pose with members of the Awá.

In 1990, Forline made his first of several trips to visit the Awá to learn about their way of life firsthand. He returned in 1992 and stayed with them for two years, learning about a people who, up to that point, had very little contact with the outside world. “They’re really quick learners and they pick up on things, connect the dots—and they are amazing people. But now they’ve been hurled into the 21st century thanks to a mining operation right next to them,” Forline explained.

Forline, who received his Ph.D. in Anthropology from the University of Florida in 1997, has been working to ensure the Awá don’t compromise their own unique culture and to retain as much as they can despite the encroachment of development and the “modern” world around them. “A part of our job is to document everything and create this big paper trail...for community development and cultural retention: everything from the language to the rituals and ceremonies,” he said.

That’s no small task. In an effort to care for the indigenous cultures, the mining operation has offered assistance to the Awá, which included giving them iPhones, which Forline has used to keep in touch with the Awá since COVID-19 had prevented him from traveling to conduct his research in-person.

“They’re teaching me tricks on the iPhone,” he said, laughing, “That’s how I’ve been in contact with them, and we talk regularly. Most of the time we send audio messages to one another instead of typing things even though a number of them are literate, but they just prefer audio messages.  So that's how it's transformed even research at this day and age, this cuts across so many disciplines right now.” Forline said.

The Fascinating Facets of the Awá

Forline, who grew up in Brazil, lived in urban centers of the country (Rio de Janeiro and Salvador). It was only on a trip to visit other relatives in 1981 that he encountered the Amazon region and their indigenous peoples, which sparked a lifelong fascination and profession. Although there are several aspects of the Awá that Forline finds fascinating, three attributes of their culture and lifestyle stand out: language, their egalitarianism, and their interesting approach to marriage. 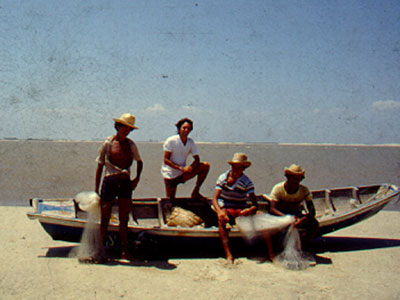 Forline in the 1980s working in a fishing village with the Awá.

Because the Awá is a hunter-gatherer society, or “foraging society”, they are also more egalitarian than other cultures, especially when it comes to food. “They don’t have any steep hierarchies or inequalities. They share their material life, so they are really big-hearted in that sense. If a hunter comes in with a big catch, like a game animal, he shares it with everybody... especially animal protein. That’s a big deal.  For many hunting and gathering societies in the Amazon, you have to share.”

Forline also finds their social structure fascinating, particularly who a particular person is permitted to marry or not. A topic he’ll cover extensively in the lecture, the wide range of options comes from the Awá’s need to regain their population—numbers that were lost thanks to the introduction of disease as the outside world encroached on their land and culture.

“We’re learning new things about them every day,” said Forline.

In the presentation, which happens on Thursday, March 11 at 6:30 p.m. on Zoom, Forline will explore how the Awá culture is working to sustain itself despite pressures from the outside world to assimilate into modern society. The Awá’s strategies include forming partnerships with NGOs, activists, and researchers like Forline to preserve lifelines back to their unique culture amid a world that is rapidly changing.

“What is equally as impressive but appalling, of course, is the onslaught of the moving frontier. In that respect, the Amazon is kind of like the American West [was]. Brazil [wants] to develop the Amazon, whereas there are lots of environmental groups and human rights groups pressuring them to take it easy. And, the U.S. doesn’t always have the moral imperative— often the Brazilian government just responds to us by saying ‘well, look what you guys did to your Indians 100 years ago.’ You really have to respect people’s—all people’s—rights,” he said. 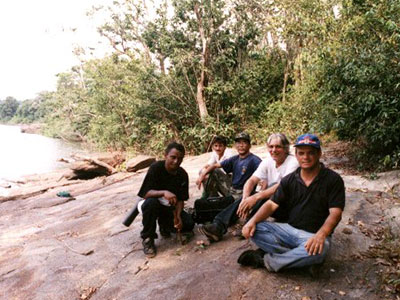 Forline with an Indian Agent surveying a land area for an indigenous group residing on the Xingu River.

Nonetheless, Forline and others are working to develop a buffer zone between the Awá and all of this development in order to preserve their culture so it isn’t lost forever.

In addition to learning more about the Awá, audience members will be sure to learn more about the updated mission of anthropology, which is less about romanticizing other cultures, and more about understanding real human problems that impact us all: climate change, drug addiction, and immigration, to name a few of many examples.

“Anthropology has really ceased looking at so-called ‘traditional communities’ and has started looking at issues like...how the world is interpreting COVID-19, for example,” he said.   Those who attend the talk are sure to gain an appreciation of what is happening to indigenous cultures and to the environment in 2021—and how those things relate to our own situations.

For more information on the Distinguished Speakers Series event, visit the website. You must register in advance to attend.