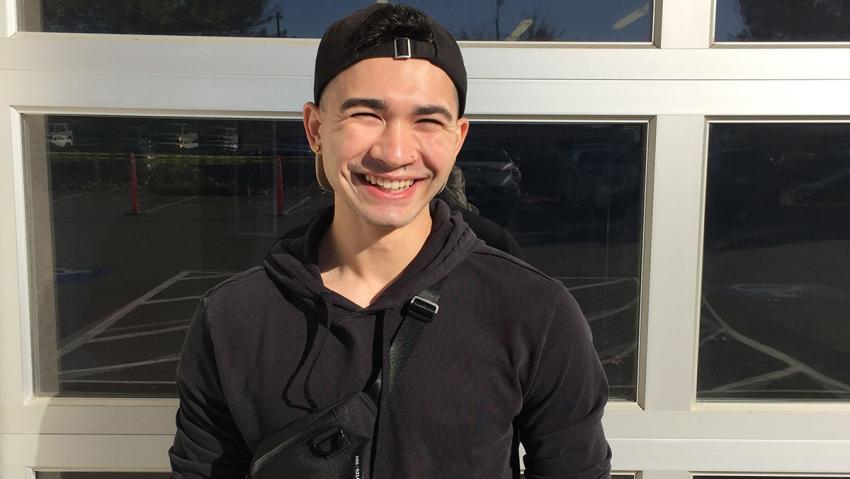 Andrew Tangal, who will receive his associate of science degree in Architecture in May 2021, recently received the Ric Licata Memorial Scholarship for his excellent work in the program. Originally from Colorado, Tangal relocated to Reno in middle school and had planned on returning to his home state for college. However, the Nevada Promise Scholarship offered him an opportunity to start his education at little to no cost at TMCC.

Tangal, who likes hands-on work, didn’t consider architecture as a potential academic focus or career path until an aptitude test listed it among those professions in which he had the skills and inclination to thrive. The test inspired him to take an architecture class. “The class made me look at the built environment in a completely different way, and now I have a deeper understanding and appreciation of it,” he said.

Although Tangal can’t point to one project that stands out among all of his creations so far, he said that it’s the process and not necessarily the end result. “It’s been interesting to watch my own process—what I want [to create] versus what the professor wants...and how I come up with [the design], all the interactions of that and what it ends up looking like.”

Licata became a member of the AIA in 1984, where he then served as President of both the AIA Northern Nevada Chapter and the AIA Nevada state Chapter. In 2009–2011 he was elected to represent the architects of the AIA Western Mountain Region as a Director on the American Institute of Architects National Board of Directors, and in 2011 he was elevated to the highest recognition as a Fellow (FAIA) in the Institute.

Additionally, he was an active advocate on behalf of the profession: Licata served as a member of the Senate Majority Leader Harry Reid’s Clean Energy Panel and advised the Senator on sustainability and renewable energy. He also served as a member of the advisory committee to President Obama regarding Public Engagement and creating jobs in Nevada, and throughout the nation.  A memorial for Licata is located on the Dandini Campus near the E.L. Cord Child Care Center, which honors his long dedication to the success of TMCC Architecture students.

“The scholarship is intended to support students as they enter this line of work, and to follow in Ric’s legacy that included creativity with an emphasis on sustainability and service,” said Architecture Professor Kreg Mebust. "Students' ideas are unique and recognizable. They are shaped by the influences from their 'life experiences'. Our desire is to teach the language of architecture which amplifies that design matters. As students realize their ideas, as manifested in models and drawings, we begin to have discussions about social equality, sustainability, and their abilities to shape the built environment."

The First Step Toward a Professional Future 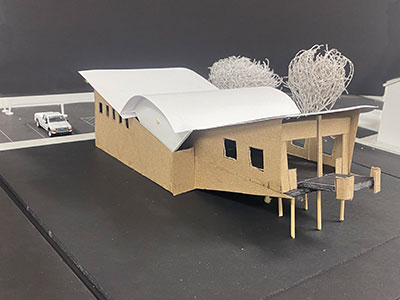 Tangal enjoyed the creative and problem-solving process offered by each class in the Architecture program. This is one design for a coffeehouse he completed in Spring 2021.

After Tangal crosses the commencement stage this May, he admits this is only the first step in his journey. The Ric Licata Memorial Scholarship, however, is taking him just one step further. “I honestly want to become an architect,” he said. “I want to design my family a home, and to design many things that matter.”

The Architecture Program at TMCC has been both an inspiration and support to Tangal. “I love how supportive and inspiring Kreg and all the professors are. Every time they talk about a new project or they introduce some sort of theory or aspect of studying, I’m inspired and I want to learn more,” he said.

Even if architecture isn’t your major or a future career, Tangal thinks all students can find value in classes that are a rare blend of creativity and hands-on problem-solving. “The architecture program at TMCC is a hidden gem,” he said. “I feel like not many people know about it, but even if you’re not wanting to become an architect, the classes themselves are fun and you can learn a lot from taking them.”

For more information about the Architecture Program at TMCC, contact the department at 775-673-7265.