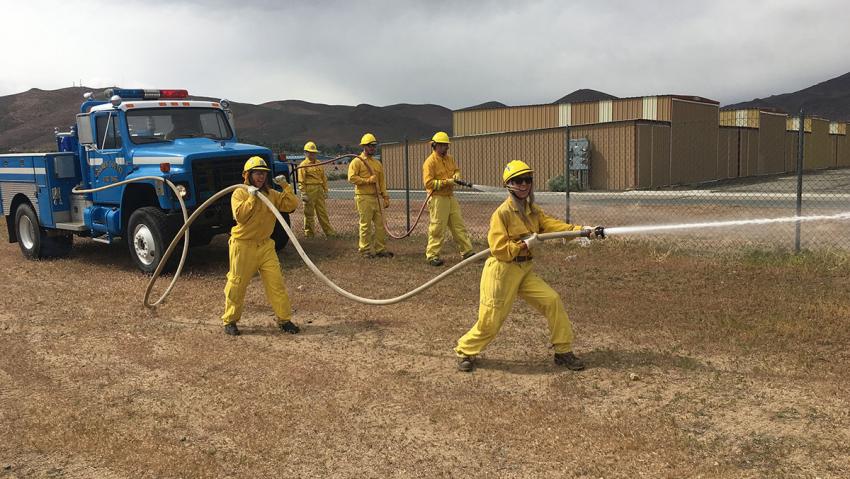 If you’re looking for a career that might include jumping from airplanes, fighting fire, working with large pieces of equipment like chainsaws, fire engines and helicopters and also happen to be looking for a summer job that pays well, TMCC’s Basic Wildland Fire Academy (which begins on Jan. 28 and results in a Wildland Firefighter Type 2 Certification) might be just the thing for you.

“If you want a little adventure and to see another part of the country, [this class] will give you the credentials you need to apply for a seasonal position as a wildland firefighter,” said former Division Chief Sandy Munns, Wildfire Training Coordinator and Instructor.

If you are interested in traveling, this training enables you to apply for jobs in other parts of the country: such a summer in the Grand Canyon, the Sawtooth mountains in Idaho, Alaska, or deep beneath the evergreen fronds of a National Forest, to name a few examples. After completing the Basic Wildland Fire Academy this winter, that dream could easily become a reality come June.

“As a wildland firefighter, you can definitely see different parts of the country. Local crews are often deployed to fires out of the region for two to three weeks at a time,” said Chief Munns.  “Living in fire camp or spiked out on the fireline is a great experience!”

Chief Munns brings more than 40 years of experience as a fire professional to his work with TMCC’s Wildland Fire Training Program. He began his professional journey as a volunteer firefighter when he was just eighteen years old, and retired from Reno Fire Department in 2013 as a Division Chief. Since 1999, Munns has served as a Fire Behavior Analyst on National and Regional Incident Management Teams, which requires extensive experience and a lot of specialized training. He is formerly qualified as a Type 3 Incident Commander, PIO, Medical Unit Leader and other ICS positions, and spent more than 60 days of fire assignments this past summer in California. A Fire and EMS instructor at TMCC since 1983, he has coordinated the Wildland Fire training program for the past seven years.

Given this large swath of professional experience, Munns believes that the Wildland Academy can be a first step into your career, no matter if that is inside the fire profession or in something else altogether.

The course will open doors to work as a first-time hire for federal, state and local agencies that include the Bureau of Land Management, the U.S. Forest Service, National Parks, the U.S. Fish and Wildlife Service, Nevada Division of Forestry, or local agencies like the North Lake Tahoe Fire District.  “I often get calls from fire agencies looking for our students because they are hiring,” said Chief Munns.

Beyond the availability of jobs, though, there are several reasons why getting certified as a Wildland Type 2 Firefighter is the best thing you can do to propel yourself into the profession you’ve always wanted.

The answer to this question might seem obvious: if you like adventure, working outdoors, and aren’t too afraid of fire, then the job could be of interest to you. However, beyond the day-to-day, Munns explains that the life of a wildland firefighter can open unexpected opportunities and advantages to those who feel compelled to do this important work.

According to Chief Munns, no matter your goal, TMCC’s Wildland Fire Academy can take you one step closer to realizing the life you’ve always wanted.

While the program is technically open to everyone, the vigorous physical fitness test that requires successful completion limits participation to those who are physically fit. Called “The Pack Test” successful candidates must complete a 3-mile hike with a 45-lb pack in under 45 minutes—a test that combines cardiovascular fitness with strength. Most candidates, said Munns, are young and interested in the outdoors, physical fitness, have a sense of adventure, and love a challenge. They are also open to exploring possible career paths. No matter if you’re male or female, 18 or 40, as long as you can complete the requirements of the course as stated, all are welcome.

“I’ve got one guy who’s retiring out of the Marine Corps, he’s in his early 40s, and he just took the Basic Wildland Academy in October. Now for a guy in his 40s, he’s in really good physical condition. But for a lot of people, by the time they hit 40, they may not be physically capable of the demands of being a wildland firefighter,” said Munns.

Plainly put: putting out fires is hard work. Keep in mind that you’re going to have 16-hour work days that end by sleeping on the ground and eating MREs (a.k.a.: camp food.)

Munns also emphasized that gender equality is valued by the community of firefighting professionals. “This is certainly a job for women as well as men. The women that take the class are highly motivated, intelligent, hard-working and they do just as good of a job as the men do,” he said. “This is not just a man’s job… it’s a firefighter’s job and your gender is irrelevant.”  One of the Academy’s instructors is a woman who has six years of experience on hand crews, engines and Helitack.

The Basic Wildland Academy consists of approximately 40 hours of independent, online study, one evening class, and a mandatory Field Day for skills training.  But, once you complete the Academy, you’re qualified as a Firefighter Type 2. It’s also not free: the certification program costs $425.

What is guaranteed: if you complete the program, you’ll be eligible to get a job this summer that, in all likelihood, may change the trajectory of your life. 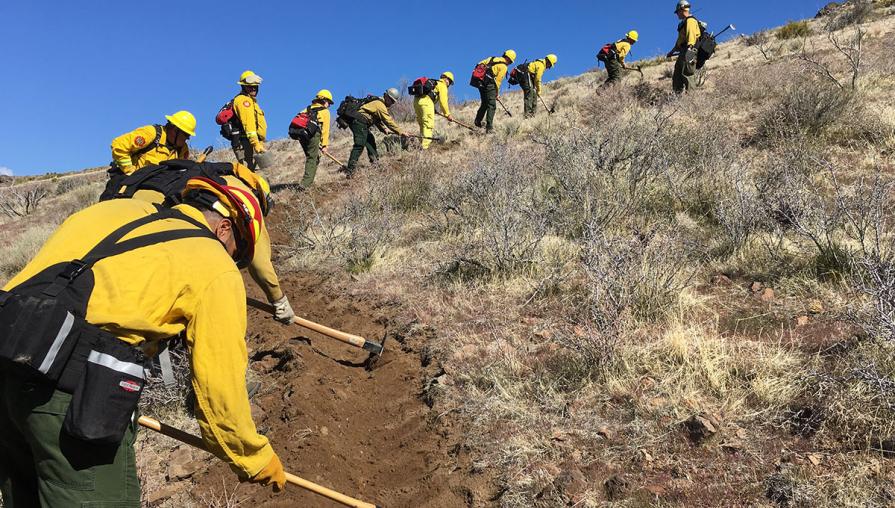 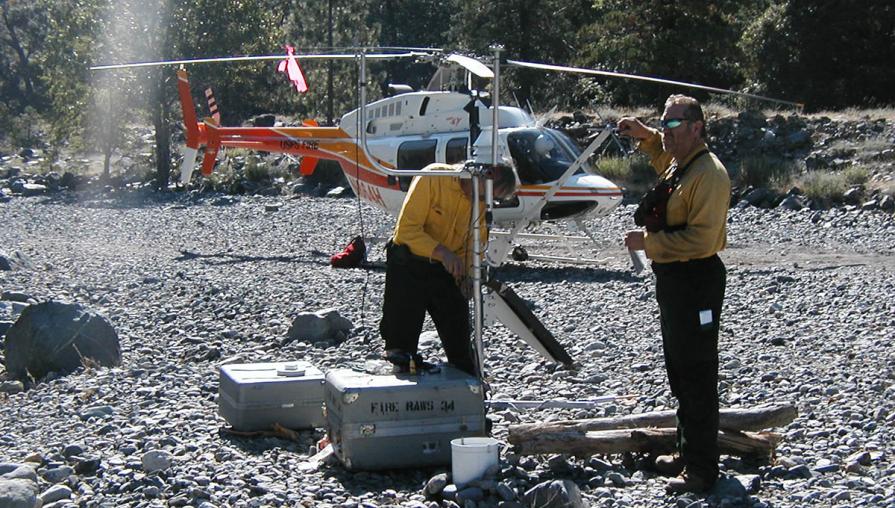 Firefighters set up a mobile weather station on a sandbar at the American River Complex. 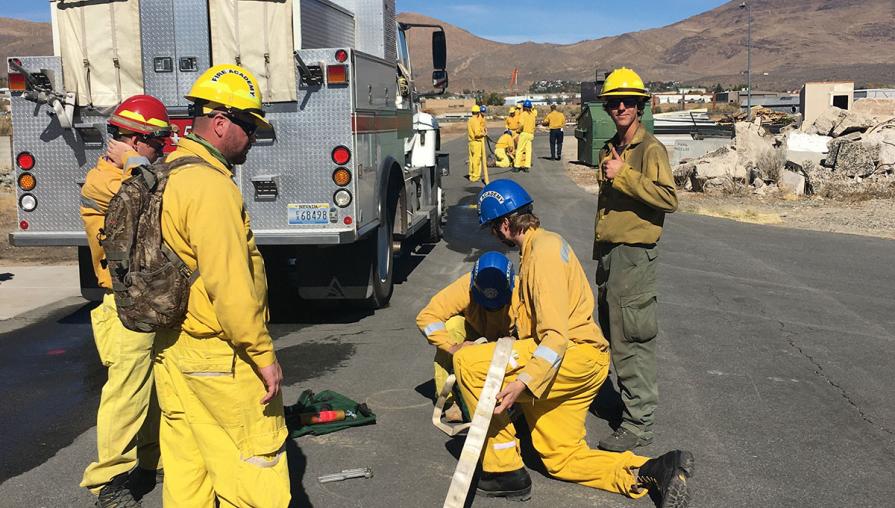 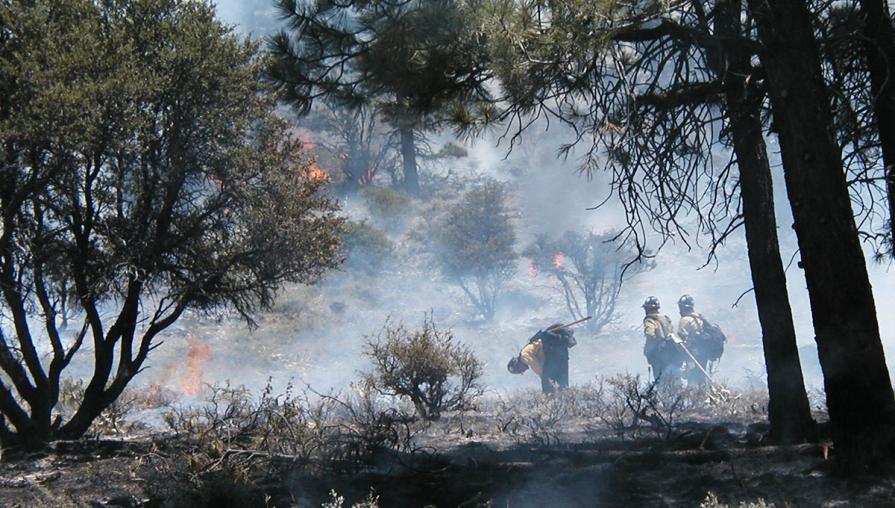 Hotshots conduct a direct attack on the fire ridge in the Balls Canyon Fire, 2005. 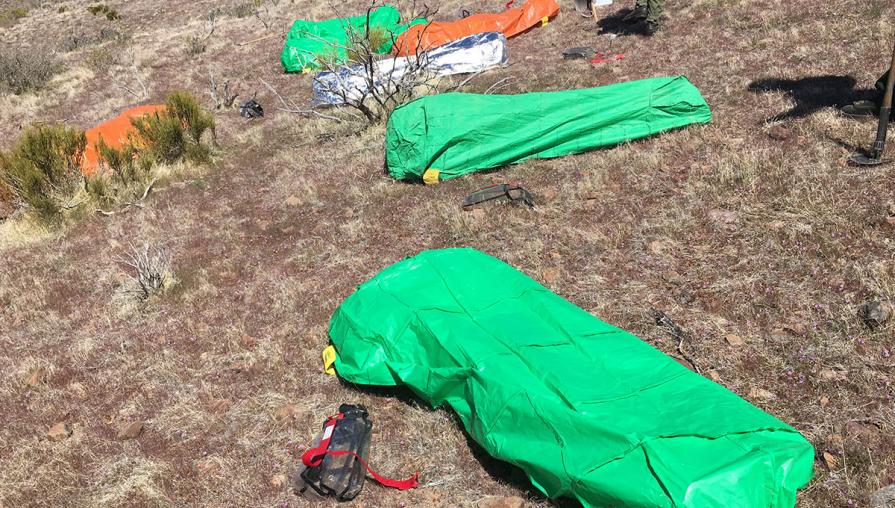 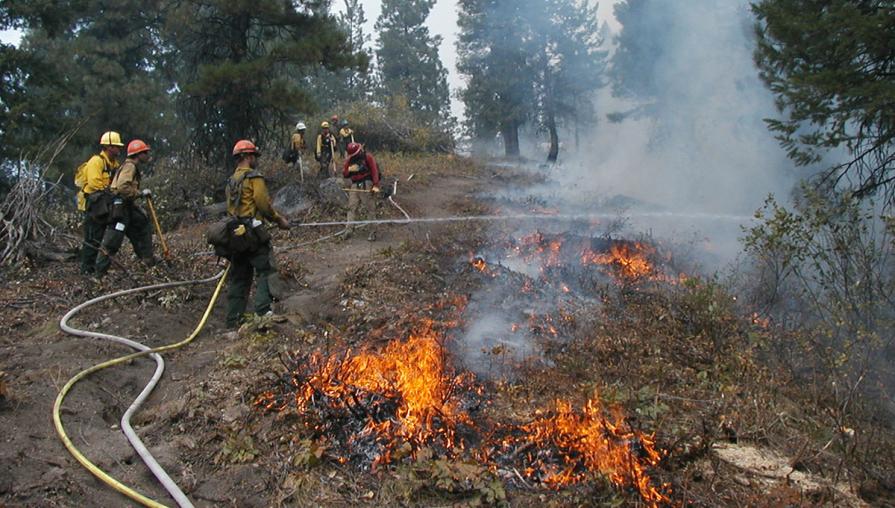 Wildland fire professionals holding operation at the burnout of the 2006 Rattlesnake fire. 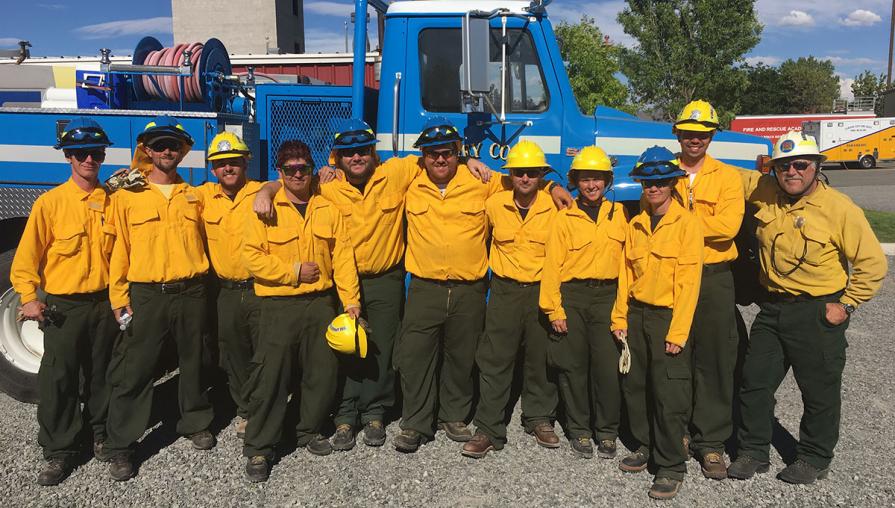 Firefighters set up a mobile weather station on a sandbar at the American River Complex.

Hotshots conduct a direct attack on the fire ridge in the Balls Canyon Fire, 2005.

Wildland fire professionals holding operation at the burnout of the 2006 Rattlesnake fire.

Under Chief Munns’ stewardship, this multifaceted program has grown from offering only 4-5 classes to offering over 40 that use a 21st Century model for fire science to train future fire professionals. All courses are National Wildfire Coordinating Group (NWCG) certified courses.  “We train people to serve the community and keep us safe,” Munns said.  The program draws students from across the nation, but at its core, the focus is to benefit the local fire service community.

Among the many new course offerings are classes that will prepare students to be vital members of an incident management team, including the following courses: Incident Commander Type 3 and 4, Operations Section Chief, Division Group Supervisor, Strike Team/Taskforce Leader, Crew Boss, Engine Boss, Firing Boss, Public Information Officer, and Safety Officer. Additionally, the program offers instruction in Prescribed Fire (tasks that are performed by wildland fire crews in the off-season to support the health of forested lands) and advanced firefighting skills including a class that covers the operation of... chainsaws.

“Numerous people have told me the chainsaws class is the most fun they’ve ever had,” said Munns. “When you see a woman wielding a 36-inch chainsaw, cutting down trees and she’s got the biggest smile on her face, you know it’s fun.”

The program also covers training for positions within Incident Management Teams, including Planning (topics like Fire Behavior and Field Observer), Logistics, Finance and Aviation. “Our aviation classes include Basic Air Operations, Helicopter Crewmember, Helicopter Manager and Single Engine Air Tanker (SEAT) Manager.  Since they involve aircraft, students get to go to the airport and play around helicopters and airplanes,” said Munns.

No matter where you see your fire service career taking you, it’s clear that TMCC’s Wildland Fire Academy is a great place to start. Get a summer job that can change your life, and make the world a better place, literally. And then, if you have the motivation and dedication, the program will show you how to grow this passion and adventure into a career… a career that can grow into myriad possibilities like, well, wildfire.

“I mentor students on fire service careers frequently,” said Chief Munns.  “I’m available to discuss what options are out there, and how to achieve their goals.”

For more information about TMCC’s Wildland Fire Academy, contact the program at 775-336-4270.