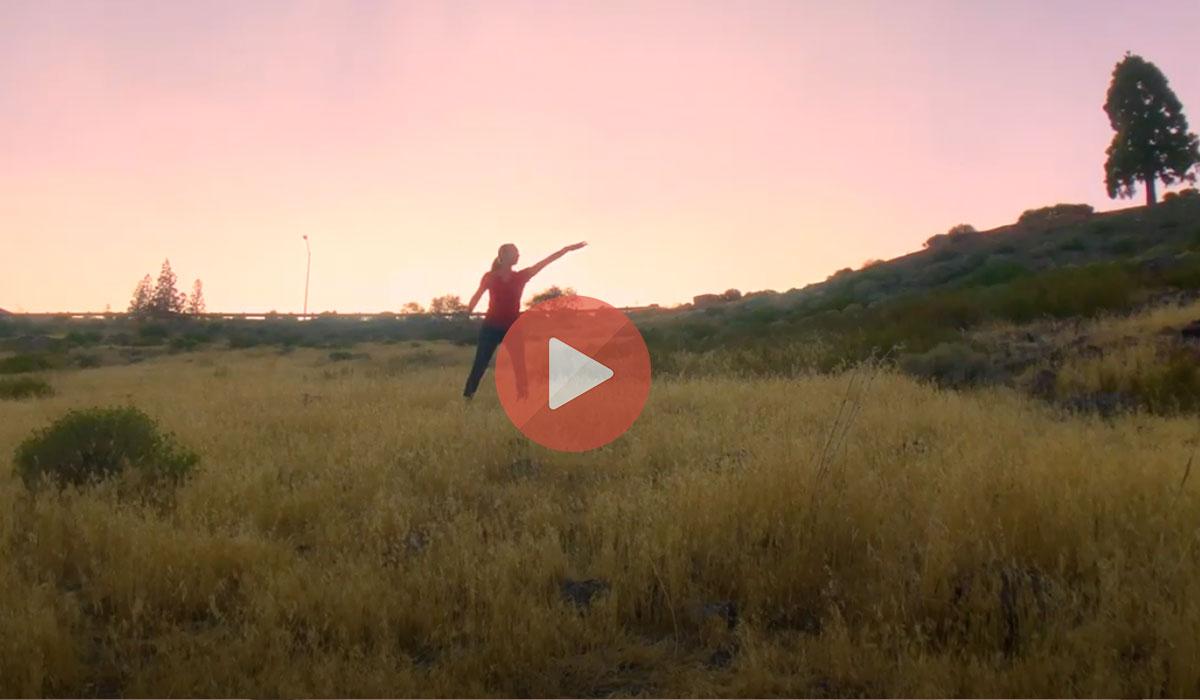 As many of us have discovered, a semester and a half of quarantine isn’t the best source of hope or inspiration. Perhaps this was most felt in the Performing Arts, which not only suffered from the isolation, but also from having venues in which to share their art, given the restrictions on group gatherings, such as concert halls, opera houses, and other traditional performance venues.

However, for the TMCC Performing Arts, the unusual situation prompted a creative response to keep students not only involved but performing. “Not being able to produce an in-person concert this year was a huge disappointment for me and my students,” said Instructor of Dance, Exercise and Human Movement Dayna DeFilippis, whose dance film Solitary But Not Alone explores what happens to the creative spark when it’s left alone: sometimes it explores the nature of solitude, sometimes it dives deep into the darkness, it takes time to reflect on life in the quiet stillness and sometimes it turns toward the light and the possibility that the world will not always be this way.

Solitary But Not Alone features participant-choreographed movement solo performances inspired by each person’s unique experience in quarantine. While most dancers—and in fact, most people—would have preferred a more traditional performance venue, the ongoing pandemic also created an opportunity for TMCC faculty to be innovative in finding solutions for the performing arts. As they say: the show must go on.

“Screen dance is certainly nothing that’s new, but it was a new experience for us at TMCC and it’s something that other academic dance programs across the country are looking at more closely now as an even more viable option for these concert performances,” said DeFilippis.  “This time has given the TMCC Dance program an opportunity to grow in other areas that previously weren’t necessarily on our radar. This has been an exciting flip to this situation.”

Auditions opened for the film project earlier this semester, and consisted of a video submission which was accompanied by a short written synopsis of their choreography. In addition to creating their own choreography, participants were also tasked with finding royalty-free music to accompany their performances.

Each performance was filmed individually and at different times, allowing for social distancing and the preservation of the performance’s central theme: that through the erasure of traditional performance venues, performance art nonetheless unites all of us in its spirit that resides in every person who continues to find expressive truth in movement. “This film project helped to remind us that there are other ways to perform and foster artistic expression. I’m so excited to premiere the first-ever TMCC dance short film,” said DeFilippis.

The film features several short pieces that, through movement, explore individual experiences of the past six months:

Additionally, Anna W. Alex served as videographer, who also composed many of the songs used in the film.

Solitary But Not Alone serves as a reminder in this time that even if you’re still working, studying, and living life exclusively from home, rest assured: despite appearances, you might be separated from others, but through our feelings, experiences—and especially through creative expression—we can still connect to make meaning of our lives, and to make art that transcends even the most challenging moments.

For more information about TMCC Dance, contact the Performing Arts Department at  775-674-7610.