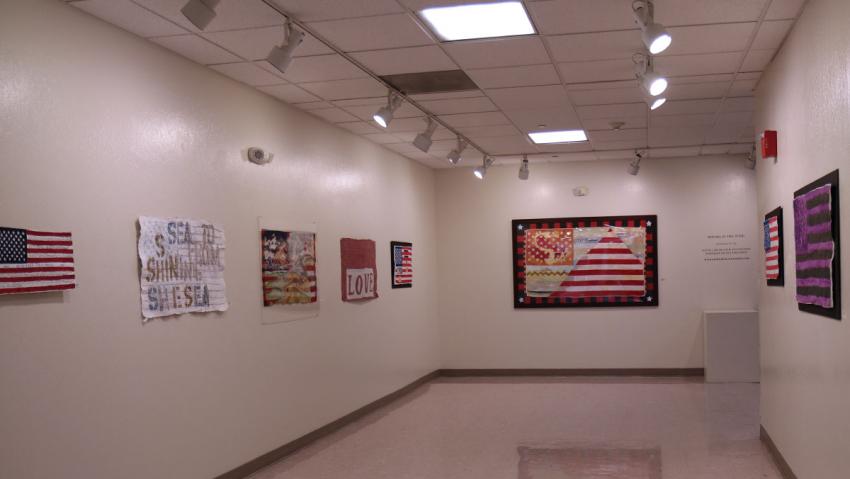 Noel Lipana, President of the Board of Directors for the David J. Drakulich Foundation, points to a tattoo on his arm. Lipana, who is also a veteran, explains the tattoo contains the names of his fellow servicemembers who were lost in combat. Among them was David J. Drakulich, who joined the military shortly after the attacks of 9-11. He lost his life in January 2008, in Afghanistan. He was 23 years old.

“David was from Reno,” explained Lipana. “He was an artist, and one of my battle buddies. I served with David in Afghanistan, and we were in the same vehicle on our last mission except for his last patrol.” 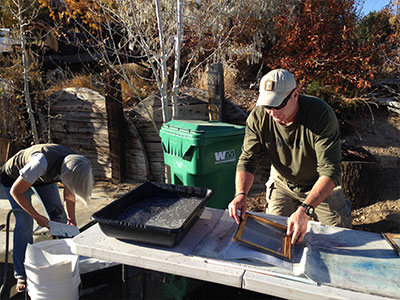 Following David’s passing, his mother, Tina Drakulich, created the David J. Drakulich Foundation as an organization that would use art to connect veterans and military-connected community members. “We consider ourselves the gateway to mental health,” said Lipana. “The people who participate in our programming are not the ones you’re going to hand a trifold to or to tell to call an 800-number,” he said.

Instead, the program creates opportunities for veterans and their families to explore their personal experiences with war through art. The result of some of these explorations are currently on display in the Red Mountain Gallery on the Dandini Campus. The show, called Waving in the Wind, will be on display until Nov. 20, and uniquely portrays the war experience from the literal fiber of the paper upon which the art is made up to its expressive qualities, often paired with a decommissioned American flag.

“Even if you’re not an artist—I’m not, I didn’t consider myself an artist until I got involved—and I think that’s one of the values of the programs we offer: we give people a chance to interface with that medium and to make meaning out of their own experiences in the military, whether they were in the military or are military-connected family members,” said Lipana.

There are three programs that the David J. Drakulich Foundation offers for veterans and other military-connected community members: the Northern Nevada Veterans Writing Project, Veterans Art Project, and Combat Paper Nevada, the latter which produced the art that is hanging in the Red Mountain Gallery. 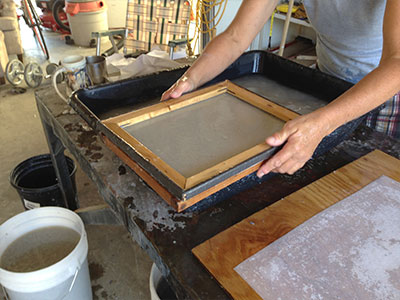 Papermakers in the program use a “deckle” to collect the pulp on a screen.

“[Combat Paper Nevada] is pulp-paper making, which is one of the oldest forms of papermaking,” said Lipana. The process tasks volunteers with deconstructing military uniforms, which are then placed into a machine called a “Hollander Beater” where the pieces of fabric are pounded into a pulp. According to Lipana, a shirt’s worth of fabric takes about an hour to turn from cloth into pulp.

Then, the papermakers extract the fibers and put them into another vat where volunteers submerge a deckle and a frame into the water. The fibers stick to the framed screen. Then, the volunteers complete what’s called “couching”, or rolling the frame onto a piece of felt that separates the paper fiber from the frame and deckle. Once the fiber sticks to the felt, it can be stacked with other pieces of felt with fiber on them, where volunteers can gently press the water from the paper. Once it’s dry, the paper can be separated from the felt. 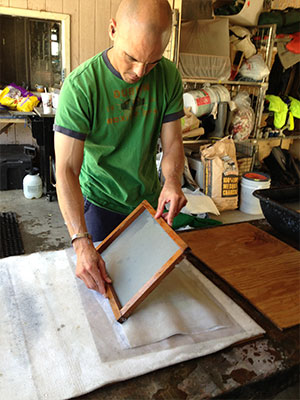 Lipana is completing the “couching” process, transferring the pulp onto sheets of felt.

“In this particular exhibit, we use that paper in a number of different scales, some are very small and thin and others are really large,” said Lipana. “We incorporate [the paper] with decommissioned American flags, so you’ll see a lot of art up there that is again, from our participant’s point of view.” The wide array of veteran experience is a result of the safe spaces offered by the Foundation’s programming which seeks to open dialogue through the creative process.

“It’s a good safe place to create a language to communicate our views and to make interpretations. We get to co-create, we get to co-experience it,” said Lipana. “I think that people, when they interact with this art, they can pull things from the art that the artists maybe knew was there, but they couldn’t quite put their own finger on it and be able to articulate, which is a great benefit. ”

Many of the participating artists admitted that, while the act of creating the artwork was fulfilling, it is by no means complete. “I think that’s metaphorically a great way to put our own story in terms of how our military experience is expressed and what and where we fit in this epic of time, and in this great experiment we call democracy,” he said. 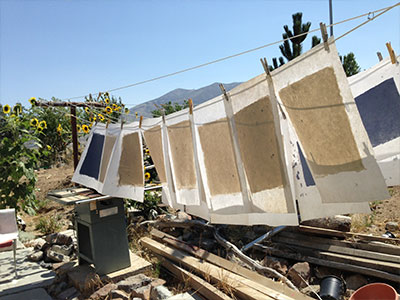 After the paper sheets have been separated from the felt, they are hung to dry.

The Importance of Community

Waving in the Wind is also a unique articulation of the Reno/Sparks veteran and military-connected community. “David belonged to Reno and to the U.S.,” said Lipana. “He was someone that this community gave up in that war. I think as a local citizen... that is your direct connection to this art and this foundation. This isn’t a nationwide nonprofit that’s planted it’s footprint here in Reno. Instead, this is something that sprung from one of your own community members. David’s legacy has grown into something that’s definitely transformative and expressed through the arts in a way that it can reach all people.” 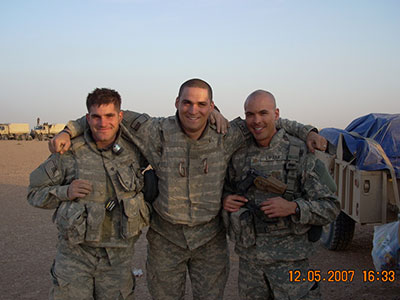 For Lipana, the ability to create this art and to revisit memories from the past has helped him to heal old war wounds, and to remember the battle buddies whose names live on in the tattoo on his arm, and in the artwork he produces and shares.

“It’s a part of my own healing now, a place where I can finally reflect on the memories. I’m really grateful for having had [David] in my life, although it’s different now,” he said. “And going back to that community connection—David is a representative of the people that we have in our own community. It’s something we should be proud of. We produce these people, and we should be grateful for them.”

For more information about the Waving in the Wind community exhibition by the David J. Drakulich Foundation, contact TMCC Galleries at 775-673-7233.