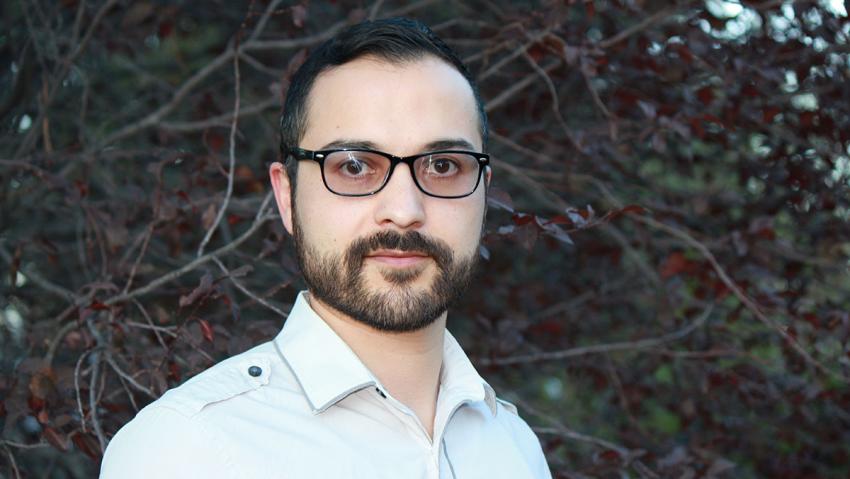 In a time when the world might seem no larger than your living room and Google Translate solves the problem of online content that’s written in anything other than English, you might be asking yourself: why should I study a foreign language?

As it turns out, despite our social isolation, studying a foreign language can help you to gain new perspectives and a better understanding of others and the context into which we will, one day, return.

“I would encourage students to study a foreign language—especially Spanish—even if your major doesn’t require it because it can open doors and expose you to an entirely new perspective,” said TMCC Humanities Instructor Gabriel Chávez. “Spanish shouldn’t be considered a foreign language, especially given that there are over 50 million people in the United States who speak it. In other words, we have more Spanish speakers than in Spain.”

Chávez, who has taught Spanish language classes in the Washoe County School District and at UNR, became a full-time instructor in the Humanities Department at TMCC last year, although his history with TMCC is much older than that. Returning to TMCC as a full-time faculty member has been a journey that has enabled him to come full circle to support student success.

Once at TMCC, Always at TMCC

Chávez’s teaching career began at TMCC six years ago when he joined the Humanities department as a part-time faculty member. “I originally came to TMCC because of the student outreach,” he said. “Oftentimes, you can be more influential when you work at a community college and encourage students to continue their studies.”

A TMCC graduate himself, Chávez majored in criminal justice as an undergraduate student. It’s a career choice that he often sees his Latinx students choose even today. “I think subconsciously the reason why many Latinx students are pursuing careers in criminal justice is that we want to make a change, especially in regards to the situations that are happening right now,” Chávez said. A Latino himself, Chávez remarks that he has long been driven by a desire to make positive changes for minorities who face unique challenges. “I’ve been racially profiled,” he admitted. “You would think, no he’s an instructor, but those circumstances are there for us minorities.”

At the heart of these struggles resides language and the power that fluency can grant its speaker.  Chávez’s family immigrated from Mexico to the United States, and learning English was Chávez’s first challenge. “Once I started speaking the language, I became the voice of my parents, and the voice of my relatives,” Chávez remembered. It is a process linguists call “language brokering,” where children do the translating for the adults in their family, especially for complicated transactions like buying a house or car.

Discovering the power of language—and developing an appreciation for words—followed Chávez into graduate school where he decided to pursue a Master’s degree in Foreign Languages and Literature with an emphasis in Spanish. “Books were something very distant, very strange for me. There was never a time in my life that I would buy a book and start reading it, so I didn’t start reading for pleasure until I got to graduate school,” he said. Yet, as he encountered professors whose passion for words introduced Chávez to ideas—worlds, even—that he hadn’t imagined existed, he began to experience the power of the written and spoken word.

“I noticed when I started learning more of the language, it just opened a door not only to a new language but to an entirely new world,” he said. “You start to have a link between two lives, the Spanish life and the English life. Having that experience with both languages inspired me to become a Spanish instructor...I want to expose my students to different cultures, literature, ideas. I want to help them go through that process that I once went through,” he said.

Taking a class from Chávez is more than just learning a series of vocabulary words and verb conjugations. After all, language is attached to history and culture in deep and interesting ways, and these are topics that surface in Chávez’s classes for both second language learners and heritage speakers. “I teach students about Latinx culture by exposing them to literature about the history of these people who once lived in this territory that belonged to Mexico—the roles they played and how they actually helped to shape the country we live in today,” he said.

Chávez often includes the work of his favorite Mexican author, Juan Rulfo, in these classes--in particular, his short story collection El llano en llamas, or its translated title The Plain in Flames. These stories take place in rural Mexico during the Mexican Revolution and enable Chávez to engage students in discussions deeper than language. “I like to challenge my students’ thoughts. What do they think about a story? Why is it that these characters have to go through the situations they go through? I want to create critical thinkers, and that’s something I bring into the classroom—I encourage students to analyze what’s happening—and to look for the reasons why those things are happening,” he said.

In addition to teaching first and second year Spanish, Chávez is also developing several new programs in the Humanities Department. One of these is a Spanish program for heritage speakers. It’s a program that Chávez is asked about often. People wonder: if someone grew up speaking Spanish, why do they need to take a Spanish class?

The answer is easy, as Chávez points out: why do English speakers take years of English classes? Just because you grew up speaking a language doesn’t necessarily mean that you are well versed in its linguistic and grammatical structures. Also, the products of language— literature, poetry, music and film to name a few— are saturated in history and culture that teach students not only how to be literate speakers, readers and writers, but how to gain access to cultural capital as well.

Chávez is working to build a Heritage Speaker program that is relatable to the population of Spanish speakers in our community. He admits the population is diverse: “Sometimes you have individuals who only speak Spanish at home, and other times, they are able to understand Spanish, but they have trouble speaking it. Others have been ridiculed at home or by relatives for their Spanish and so they stop speaking it. My goal is to change their linguistic self-esteem...and to help them feel proud of their Spanish.”

One activity that Chávez does with his heritage speakers is to discuss Spanglish and its role in their lives. “Spanglish is a language most of my students use, so they can relate to that topic. In class, we compare it: I ask them ‘how can you say this thing that you say in Spanglish in standard Spanish?’ We have a compare and contrast—and students like that because they start to realize ‘oh, this is what I say, but I could be saying it this other way in formal Spanish.’”

Chávez is working on building service-learning opportunities into the heritage speaker’s class, granting students occasions to use their language skills to help others in the community (post-COVID-19.) He envisions his students helping interpret communication between middle and high school administrators and parents, or tutoring younger students in afterschool programs. “That’s how we learn, by teaching,” he said.

The heritage speaker program also incorporates lessons on culture. “I start with a summary of the history of Latinx people in Nevada—why are we important in this state? And they realize that our presence here isn’t something new... We have places in Virginia City that were owned by Mexicans, Chileans and other Latinx groups during the Comstock era. And then we start talking about the history of Latinx people in the United States and what roles we have in our community and the issues that we face. In a way, what I’m trying to do is to empower students so they know that we’re not that foreign to this land. And, the students love that,” he said.

This semester, Chávez is serving on TMCC’s Faculty Senate as a representative from the Humanities Department for the first time. “I’m very excited to learn and contribute to making the best decisions for our institution,” he said.  This new role is an extension of work he does in and out of the classrooms at not only TMCC, but at local high schools.

Until the COVID shutdowns, Chávez would present to local high school students. “Since I have a connection with Washoe County School District, I’ve visited neighboring high schools about the importance and benefit of not only taking a foreign language but also of pursuing higher education,” he said. Chávez tailors his presentations to male Latino students because these students, especially, are not expected to continue their education in college. “It’s just a cultural expectation that they will just go straight to work,” said Chávez. “So, I just try to educate them and their parents on the importance of higher education.”

It’s no surprise that one of Chávez’s greatest rewards often transpires in the open spaces of a TMCC location, where he sees that his advice he offered to first-generation students didn’t fall on deaf ears. “When I see my former high school students walking by on campus, that is very rewarding for me... I believe that for first-generation students it’s a success to make it to college—and so I continue to encourage them to stay and complete their degrees,” he said.

Chávez believes that TMCC offers students a unique opportunity for these students to succeed. “We have a strong foreign language program with excellent instructors, and some exciting opportunities to grow. We can prepare students not just for their major’s prerequisites, but we also encourage them to continue their foreign language studies beyond what is required because I believe that the demand for Spanish language exists. And, our courses at TMCC align well with the programs at UNR, and students can make that transition easier,” he said.

As Mexican writer Carlos Fuentes once said: “Monolingualism is a curable disease.” Chávez wants to be a part of that cure by helping students to open doors with the power of language. It’s the work of supporting TMCC’s mission of emphasizing student success. Or as we say at TMCC: ¡Vamos Verdes!