EHS Keeps you Safe and Sound 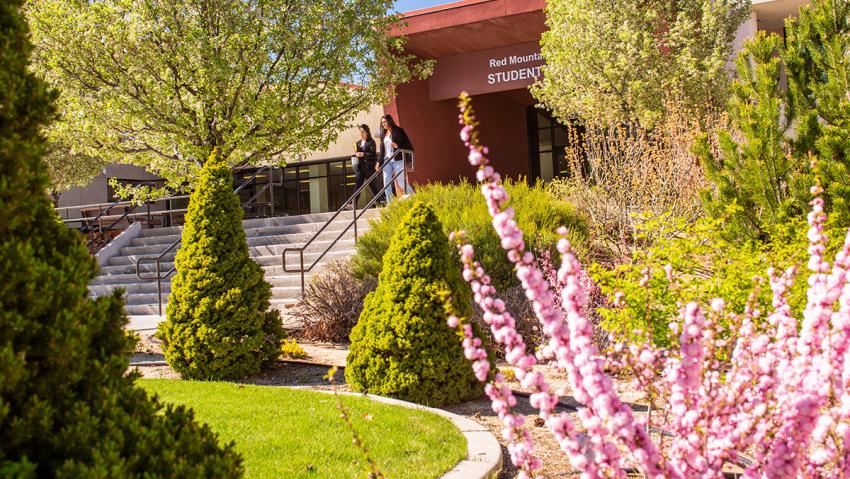 TMCC’s Office of Environment, Health and Safety is always hard at work, but this summer this is especially true: in addition to ensuring the overall safety of every TMCC location (which includes testing fire alarms, elevators and maintaining compliance standards for federal, state and local agencies to name a few ongoing responsibilities) this department is also collaborating with Facilities Operations and Capital Planning, college leadership and many others to make plans for TMCC’s reopening in the Fall semester.

“It’s going to be a different campus,” said Environment, Health and Safety Office Manager Ben Davis. “[You should] expect to take care of yourself more… make sure your personal offices are hygienic and [making a point of] managing all personal space. Our small custodial staff can’t be everywhere at once.”

He also said each campus location will be a lot less busy. With many of TMCC’s fall classes offered in an online format, the number of students and faculty at any TMCC location will be lower than in previous semesters.

As a part of the re-opening process, Davis has been reviewing re-opening plans created by each specific TMCC department according to their particular operational needs. “From what I can see, everyone has put a lot of thought and care into [their plans.] They’re not just ‘checking off the box’ so we can get back to work. Instead, they care for the faculty, staff, and students, and they are really trying to do it right.”

What is the Office of Environment, Health, and Safety?

We’ve all done it: slipped and fallen on ice, stubbed a toe, or somehow got ourselves into an accident that caused some sort of physical harm.  In life, you pick up the pieces and learn from your mistakes. When something like that happens at work, though, the Environmental Health and Safety Office steps in because its primary function, very simply put, is to bring attention to how certain behaviors and actions can affect one’s safety.

Much of Davis’s work falls under “compliance,” making sure that TMCC follows federal compliance standards, like ones from the Environmental Protection Agency (EPA), and the Occupational Safety and Health Administration (OSHA), as well as state standards from the Nevada Department of Environmental Protection, Nevada Business and Industry, and local guidelines regarding air quality control from the Washoe County Health District. These federal, state and local agencies provide strict and precise guidance, and a large part of Davis’s daily work is ensuring that every facet of TMCC operations aligns with these guidelines.

And yet, Davis admits that the nature of his role—and the role of his department—isn’t always clearly understood. “Most people don’t even have any clue about what I do—my whole career, not just TMCC—for the most part, people interact with me because they got hurt or something went wrong,” he said.  “So if you don’t see me around, that’s typically a good thing.”

Davis shares his expertise with TMCC faculty and staff through mostly mandatory—but some elective—live training sessions that are hosted throughout the year. This past semester, he co-hosted a training on sustainability with Equity, Inclusion and Sustainability Program Director YeVonne Allen. This, he said, is the highlight of his job. “One of my favorite things to do is to put on live training for different things like [environmental compliance]. Every training I do has something compliance-related in it, whether people know it or not. Some of it is from NSHE, some of it is from federal/state and local regulations.”

As a young person, Davis wanted to become a high school teacher, and the desire to teach (and to have summers off for traveling and adventure) still call to him.  Life, however, went in another direction. Yet, in 2009, he completed a graduate degree in Environmental Science that launched him into environmental compliance where he worked as a compliance officer for Nevada Mines. Because Davis has specialized in Environmental Science, he had to learn “...the health and safety part on my own.”  After watching other professionals in the field who taught only the compliance standards, Davis decided to structure his training by using a common-sense approach rather than simply teaching regulations.

“The most dangerous things we do [in our lives, typically don’t happen] at work. A lot of times, people don’t understand that. You come to work and there’s all these policies and procedures, and PPE—all these things that protect you—and then you go home and stand on the top of the ladder to get the Christmas lights down and do all kinds of crazy things that you would never do at work.  Honestly, most accidents happen at home. I train to that as well,” he said.

Offering this kind of training is highly rewarding, however, and Davis sees this work as fundamental to keeping employees safe from themselves as much as keeping them safe from exterior threats, like any emergency situation including a pandemic.

“And that’s one of the key things I use in my training as well as making sure people know that I’m not just breathing down their neck—even I make mistakes from time to time.   You’ve got to learn from it so you don’t do it again. If you learn from the little things, it will stop the big things from happening,” he said.

While a global pandemic hasn’t exactly changed the nature of Davis’ work—which is focused on preparedness, response and recovery—it certainly has changed the volume of it because the world of regulatory compliance has strict deadlines and procedures that don’t stop regardless of pandemics or shelter-in-place orders. When TMCC moved to remote operations, Davis worked remotely for a month. However, due to the nature of his position, Davis had to be physically on campus from time to time.

“We have to complete preventative maintenance on large equipment, and we have to man our permitted equipment from time to time, such as elevators, generators, fire systems. I have hazardous waste on-site that I can’t just let sit for months on end. At least once a week, we would be on-site, doing what [needed] to get done,” he said.  Many regulatory inspections happen during the summer, such as the fire equipment inspection which lasted from 7 a.m.–4 p.m for five days straight. Additionally, he is constantly reading and researching to remain current on the latest information as it relates to environmental safety and preparedness in the face of COVID-19. In other words, Davis has been busy.

Despite these challenges, Davis maintains that moving to remote operations in March was the best decision we could have made in order to keep students, faculty, and staff safe. It has also allowed his team the time and space and to develop plans for a safe re-opening that align with local, state, federal, and other regulatory guidelines. Yet-—the process was far from easy. “It was nuts,” he said. “At times it was like having two full-time jobs.”

Before the move to remote instruction, he was fielding hundreds of calls and emails a day with worried instructors and staff on the other line, reporting that they had seen a student or co-worker coughing or who was sick.  With the move to remote operations, Davis is still fielding quite a lot of communications related to TMCC operations and future plans.

“To this day, I’m still responding to students, emailing specific programs to find out what’s happening in the fall with a particular class, or people who are just asking general questions,” he said.

Re-Opening and Returning to Normalcy

Like many employees, Davis is ready to return to a more traditional work environment.  His work environment at home has been a small spare bedroom that is shared by Davis and his wife (who works full time for Washoe County School District), two small children and a new puppy. The close quarters and youthful energy from kids and puppies made for a handful of stressful moments that led to his recent realization that he’s more than ready to go back to work.

For others anxious to return to a more normal routine, Davis counsels mindfulness. “I think I’ve talked to every employee at TMCC over the last few months, and one of the most important ways to make sure people are prepared for emergencies is that nobody ever thinks it’s going to happen [to them]. And it’s cliche, right? ‘It won’t happen to me.’  But [having] the most basic level of preparedness is so important,” he said.

According to Davis, some ways to foster preparedness include:

“We tend to get complacent about [things], and I can say it over and over again, but until a global pandemic—or any disaster or emergency—hits, no one ever thinks something like that is going to happen,” Davis said. “But, being mindful, having situational awareness, and thinking about preparedness for work and family life is probably the biggest key point that everyone should know.”  In other words, following these simple guidelines will help to keep you safe and sound.

For more information about TMCC’s Office of Environmental Health and Safety, contact the department at 775-674-7951.