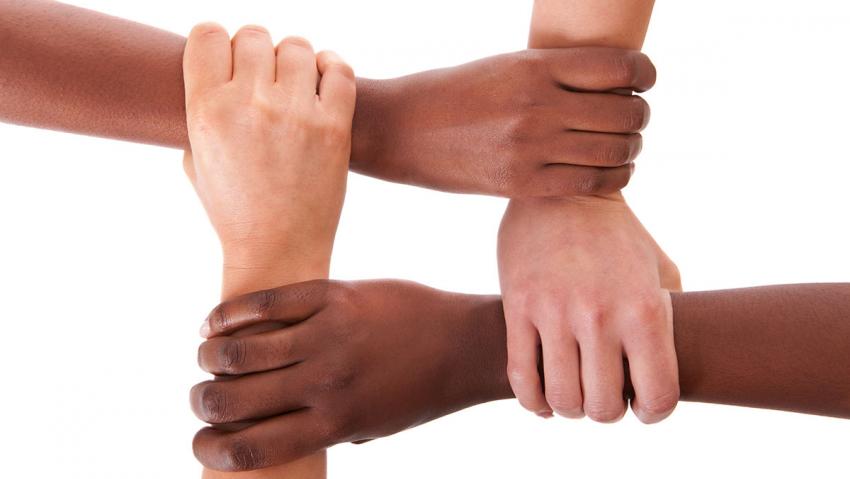 Have you ever asked yourself about the meaning of love and how it manifests in our lives? This February, TMCC’s Performing Arts—specifically, its chapter of Delta Psi Omega, a National Theatre Honors Society—will put on a production that does exactly that.  The performance, called Love Squared, is a piece of devised theatre that puts a prism on the notion of love, exploring this emotion that connects us to others in unique ways, forming the basis of familial, friendship, romantic and other enduring relationships.

Devised theatre, which places the responsibility of creating, curating and organizing the material of the play on the actors themselves, might be the perfect medium through which questions about how we experience and understand love can be explored.  “We used the scaffold of the eight definitions of love from ancient Greece to inspire student work,” said Director and TMCC Performing Arts Instructor Stacey Spain. “Usually, we think about romantic love, but this play enabled students to explore different kinds of love relationships and how they hold meaning for us.”

These various iterations of love include the love that exists between family members (storge), the love one has for one’s self (philautia) and the love between equals, a.k.a.: friendship (philia) to name a few. “This will look and feel different than other theatre productions,” said Spain, who states the eight topics will be covered quickly in two acts that will last no longer than 100 minutes. “We encouraged students in TMCC English and theater classes to submit their writing to the production, and the show features poetry and monologues by student writers. This gives the production a quilt-like feel and offers the opportunity for a generous exploration of its theme.”

Student actors perform in scenes while student choreographers have incorporated expressive movement that introduces the different iterations of love. Audiences will be treated to scenes that Spain describes as a version of “magical realism” in which actors stay on stage throughout the production with scaffolding and ladders creating the shared space and emphasizing the staged aspect of the production. Working with students on this type of project has had its challenges, said Spain, who said that “...it takes a soft hand to direct ensemble work, but when you provide that kind of support, you get to do something wonderful.”

Challenging students to create work—and not only to interpret work as actors—is important for those who want to pursue a career in the performing arts. It’s also a great way for students to push beyond their limits and to create something new and unexpected.

This production has paired TMCC students with members of the community who also have something to say about their various experiences with love. Two of the scenes feature indigenous actors: Dwight George, Zoogie Austin and Hannah Arthur. TMCC was the Nevada state participant in the national Climate Change Theater Action and will produce “Breathing Space” by indigenous playwright Yvette Nolan as an articulation of pragma or enduring love.

“I’ve been gratified by the quality of work and how deeply students opened up about issues around family love,” said Spain. “Students wrote monologues about the end of relationships,  divorce and difficult moments growing up. Any student who is brave enough to voice their truth deserves a stage from which it could be spoken.”

Performances will be held in the TMCC Performance Lab, located in RDMT 240 on the Dandini Campus on February 6, 7, and 8 at 7 p.m. Tickets are on sale now $8 for Students and $10 for General Admission.

For more information about TMCC Performing Arts, contact the department at 775-674-7610.