Make the Spartan Pledge and Save a Life 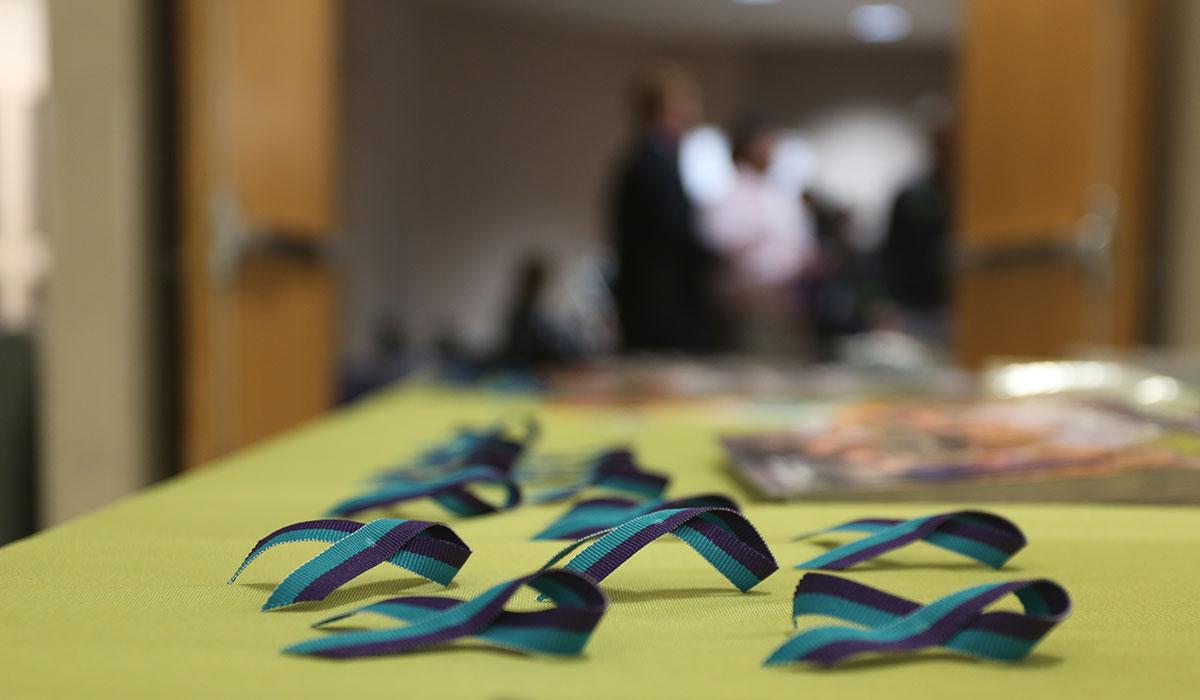 According to the 2019 National Veteran Suicide Prevention Annual Report, when one person dies by suicide, that death has a heartbreaking impact on an estimated 135 surviving individuals. And yet, the number of deaths by suicide each year—especially for Veterans—continues to grow.  According to the report, which is the most recent analysis of veteran suicide data, the suicide rate for veterans is 1.5 times the rate of non-veteran adults, after adjusting for population differences in age and sex. That means of the 43,390 adult deaths to suicide in 2017, 17 of those each day were veterans.

The report goes on to describe that there is no all-encompassing explanation of suicide, no single path to suicide, and no single medical cause.  What is clear is that formal, evidence-based supports are vital and needed.  More importantly, though, suicide can be prevented if we all do something very simple, but very powerful: by maintaining meaningful connections with those around us, one person at a time, each of us can be the lifeline to recovery.

TMCC’s Spartan Pledge Veteran’s Day Event—co-sponsored by TMCC’s Faculty of Color Coalition and Veteran Services—is intended to remind participants that by reconnecting, re-establishing and renewing relationships, you can help to save a life. Led by radio personality and guest speaker Boone Cutler (who authored the Spartan Pledge), the event also acted as a fundraiser for the Josh Beal Memorial Scholarship in honor of TMCC Veteran Josh Beal. The scholarship will support students who are pursuing majors in human services fields.

“I hope it paves a brighter future for someone,” said Justine Beal who, like so many Americans, has been touched by suicide.

In Memory of Josh Beal 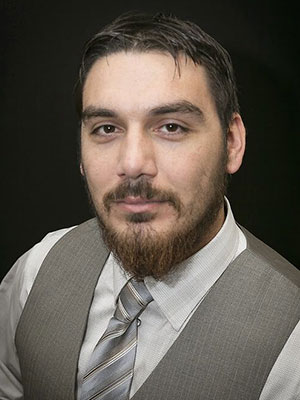 Justine Beal remembers the struggle of getting her husband Josh to go back to college.  He had served in the Marines Corps for nine years as a Marine Infantry Machine Gunner. When he returned from his final deployment to Afghanistan, he started working right away for a security company, but the job wasn’t fulfilling to him. “He sat on the couch for a while, and I kept reminding him of the GI Bill,” said Beal, who would eventually convince her husband to return to TMCC for the next step in his journey.

Right away, he enrolled as a full-time student in the Dental Hygiene program. Beal said her husband was serious about his studies.  “He really enjoyed school,” she said. “He would sit at the dining room table studying—and if he was there, I wouldn’t bother him because I know he wanted to get his work done.” Josh was as thorough about his studies as he was his hobbies—in addition to his extensive experience and knowledge on being a paramedic, he was also a locksmith, among several other trades.

In his second semester, he got an on-campus job with FLAMES (Financial Literacy and Money Education by Students.) “He loved the freedom he had with his work,” said Beal, who remembers her husband's enthusiasm for a budgeting workshop that he named “Get your ducks in a row”—a tagline that is still used in the FLAMES literature.

“He loved ducks,” she said. “We had these inflatable Christmas decorations that were these giant ducks, and I remember he took them all to campus—even the 8-foot tall one—and set them up in the hallway with a duck-call whistle to get people’s attention so he could talk to them about budgeting.”

Despite all the positive aspects of his life, Josh was privately struggling. “He was in a lot of pain from his service,” said Beal, who recalls that Josh had been deployed three times: twice to Afghanistan and once to Iraq. In his final deployment—which happened the month he was supposed to be discharged—he returned home with injuries from the war. “He was the oldest student in all of his classes,” said Beal. “He thought he couldn’t connect with the other students; that they didn’t have the same life experiences he’d had.”

Josh was six credits away from completing his degree when he died by suicide. He would receive  TMCC’s first posthumous degree. “It was one of the most memorable moments,” said Felipe Gutierrez De Alba, Program Coordinator for TMCC’s Veterans Services Program who received the degree in Josh’s honor. Gutierrez would also help plant a tree in the Dandini Gardens in honor of Josh Beal’s memory.

There are no requirements to take the Spartan Pledge: you don’t have to be a veteran and you don’t need to be contemplating suicide. Cutler came up with the pledge after a fellow veteran called him one day, upset because he just attended the funeral of a veteran who had died by suicide. “That’s what broke the silence,” Cutler said, who learned that his fellow veteran had also experienced suicidal thoughts. “How could I not know that my brothers who were thick as thieves with me? And I could not believe I didn’t know this about my brothers...because we were quiet. And this is how the Spartan Pledge began.  If you’re going to punch out… call me first...because when you take your own life, it doesn’t stop the pain. It only transfers to the people who love you.”

Reaching out—dialing a friend—is crucial, said Cutler. “When you make that phone call, the thoughts just go away. It breaks the histrionic state of mind because you know you have someone there for you.”

As Cutler reminded those in attendance of the Spartan Pledge event: “The pledge is not for you. It’s about the other person, it is selfless.”  The pledge is your promise to be there for someone when they reach out, and admit that they are “feeling off” about life that particular day.

The two lines of the pledge are simple, and easy to keep in mind: “I will not take my own life by my own hand until I talk to my battle buddy first. My mission is to find a mission to help my warfighter family.”  If you have those two things—a battle buddy and a mission— “You will survive the fight,” said Cutler.

Donate to the Josh Beal Scholarship

The event was also a fundraiser for the newly created Josh Beal Memorial Scholarship.

“We want to turn sad events into something positive,” said Beal, who works as a lobbyist for Suicide Prevention and Awareness and is a part of the Unified Veterans Legislative Council, entities that pushed for the passage of the Suicide Prevention Bill. The bill, which passed in 2017, requires nurses and medical professionals to receive continuing education in suicide prevention training.

The Josh Beal Memorial Scholarship, Beal hopes, will also provide more opportunities for veterans to get the support they need. “There are people out there willing to listen when you’re struggling, which is why we want the scholarship to go to students who are studying in fields like social work who will be in a position to help others to live their lives fully,” she said. “That’s the exciting part, helping veterans to find out who they are outside of the military. Hopefully, this will create a chain of people helping people.”

Suicide is preventable; the journey to prevention starts, literally, with taking the time to connect with those around you. Make the pledge to be there for someone in need—or to reach out to someone when you need to talk.

For more information about TMCC Veteran Services, contact the department at 775-337-5612. 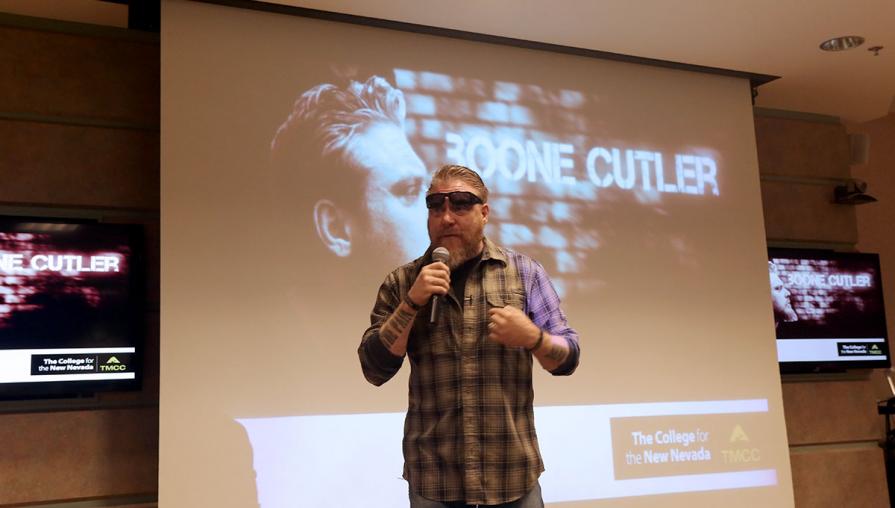 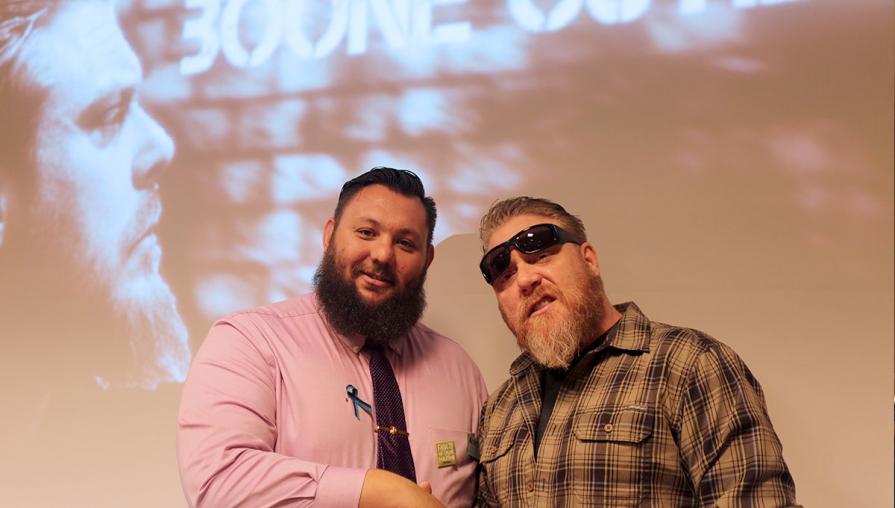 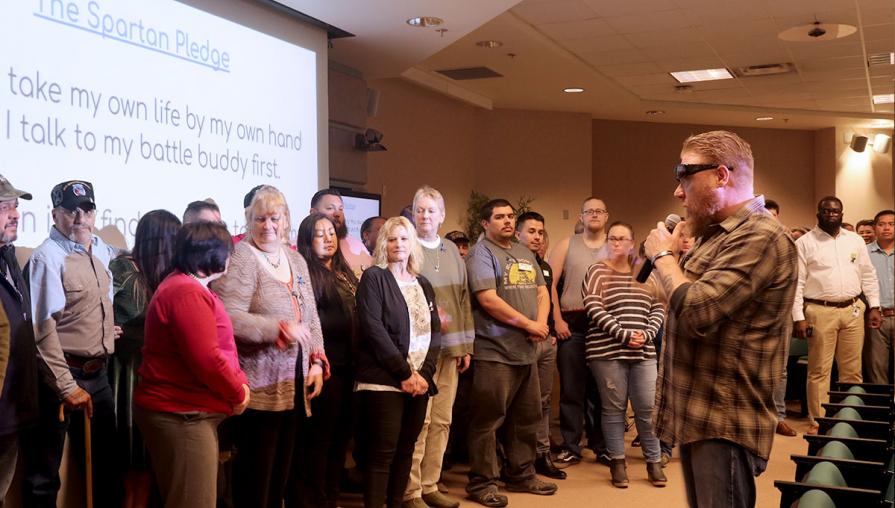