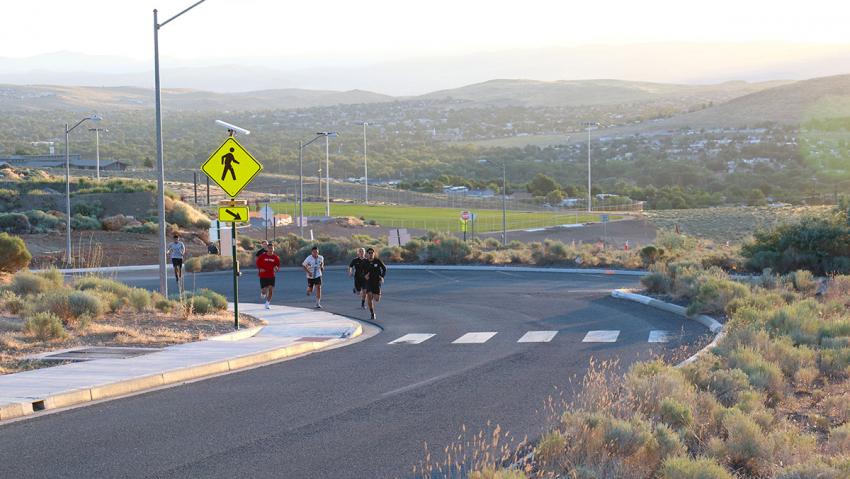 On Monday, July 29, 62 student-athletes made their first official visit to the TMCC Dandini campus. The reason for this first visit wasn’t exactly exciting—they had administrative paperwork to complete—but it was definitely historic: for the first time since the 1970’s, TMCC has student-athletes... and for 62 young men and women, they are beginning a new chapter in their lives when the demands of college classes must be paired and balanced with the demands placed on them by their dedication to the field.

The reasons why the athletes have joined the Mighty Lizards are varied, but all of them are excited to wear the green and black for this debut season. Shelby Shaffer, an International Business and Spanish major who comes to us most directly from UNR where she played on their Soccer Club team for a year, is hoping that the Lizards will help her to experience an athletic dream delayed. “I should have gone somewhere initially when I was a senior in high school, but I was burned out,” she admitted. “However, now the fire is re-ignited and I’m excited to work with the coaching staff—they seem really dedicated. And, all the girls I know on the team are very talented. I just hope we click on the field.”

For many of the athletes, getting to know how to work with each other on the field is the major task at hand, especially with the August 15th Kick Off event quickly approaching. Efrain Mayorga, who comes to us from Las Vegas, echoes this sentiment: “I’m really looking forward to traveling with my teammates and to the kick off on the fifteenth. I really hope there will be people there.”

Jah Blackman, like many of the athletes on both the men’s and women’s squads, grew up in a household where soccer was revered and celebrated. “My dad, he came from Barbados and then he moved here... and he always loved soccer. Ever since I could walk, he’s just been training me ever since,” said Blackman, who will study Business next fall. Yet, his time at TMCC isn’t solely focused on soccer. “Academically, I’m going to work to keep a 3.2 or higher. For my family academics is more important than sports.”

All of the Mighty Lizards’ roster are degree-seeking full-time students whose soccer schedule (with daily practices, weekly games and sometimes long bus rides to away games) is paired with an academic schedule. This is the unique challenge of the college athlete, but something Piper Wieking (along with her teammates) is ready to conquer. Although soccer will certainly be a focus for her, “... I really want to get accepted into TMCC’s Nursing Program—that’s honestly what I’m the most excited about.”

On August 1, athletes began their first of fifteen days of “double day” practices. Starting at 6 a.m., both the men and women underwent their first “fitness test” which included a two-mile time trial run in addition to stair sprints, speed and agility work, and field sprints. While waking up early to run two miles doesn’t sound like everyone’s cup of tea, for these athletes, it’s the work that will help them to reach their academic and athletic goals. Tristan Estipona, who is a walk-on athlete, is looking forward to playing soccer again. Two weeks before started his pre-season his senior year in high school, Estipona broke his right ankle. “The doctor said I’d be lucky if I started walking in six months, but I came back and played my first game in four,” he said.

At the time, he had an offer from a Division II school with a record of National Championships—an opportunity he lost due to his injury. “So, I’ve been working on getting into shape for the past three years. Once I heard about TMCC’s new program, I said I might as well go for it. Worst case scenario, I’m back where I started. Best case? I’m playing collegiate soccer.”

Estipona, who has been studying Criminal Justice at UNR for two years, is going to focus on taking Sociology classes from TMCC. He anticipates that he will receive an associate’s after his first semester here—an important milestone on his academic journey.

Although the season won’t start until the official kick-off on August 15 (at home scrimmages for both men’s and women’s squads against Feather River College) the necessary pre-scrimmage work has already been set in motion. 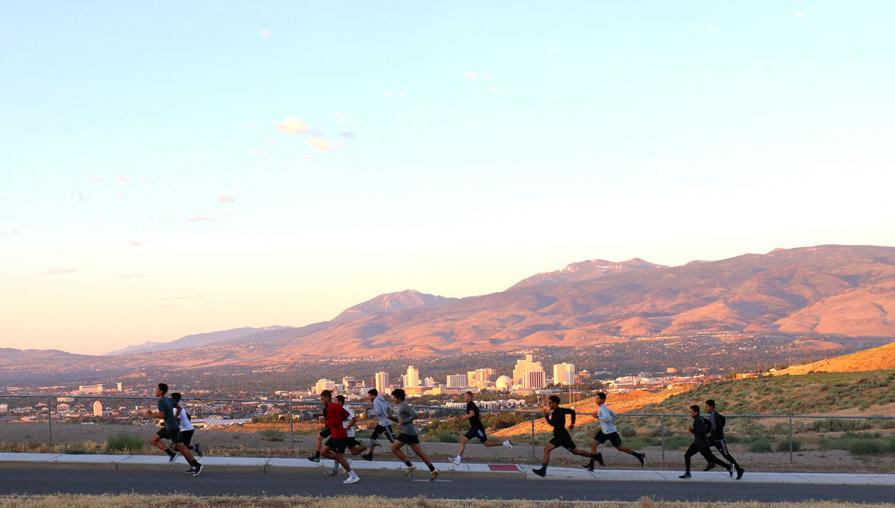 Twelve athletes from the men’s team depart on their 2-mile time trial run as the sunrise illuminates downtown Reno. 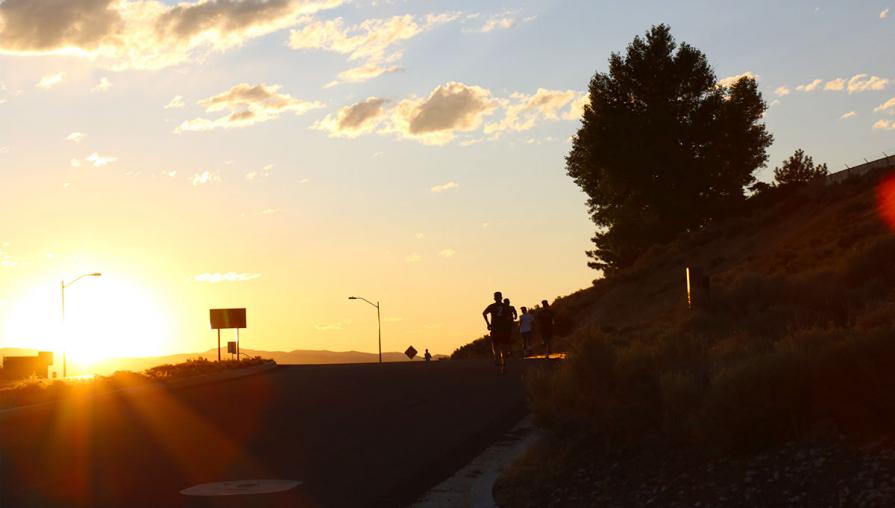 For the first official practices, athletes were tasked with completing a two-mile time trial run on the hilly terrain around the Dandini campus. 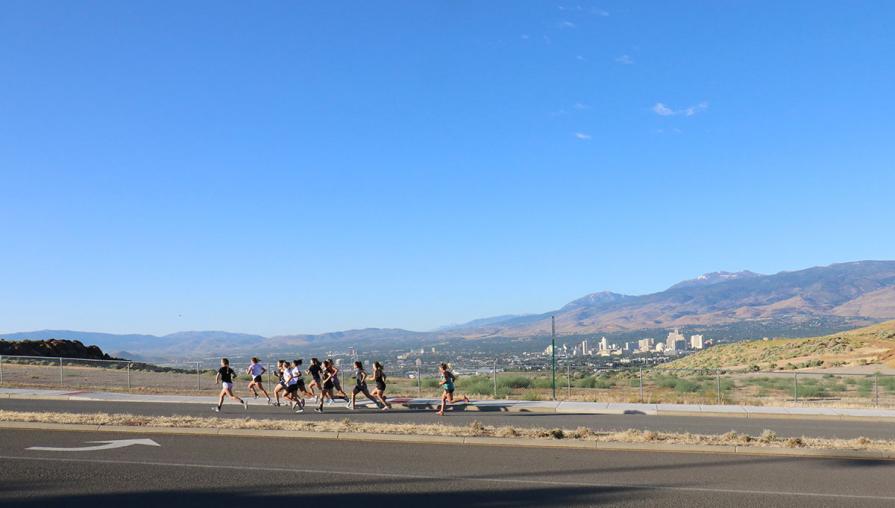 Twelve athletes from the women’s team depart on their 2-mile time trial run. 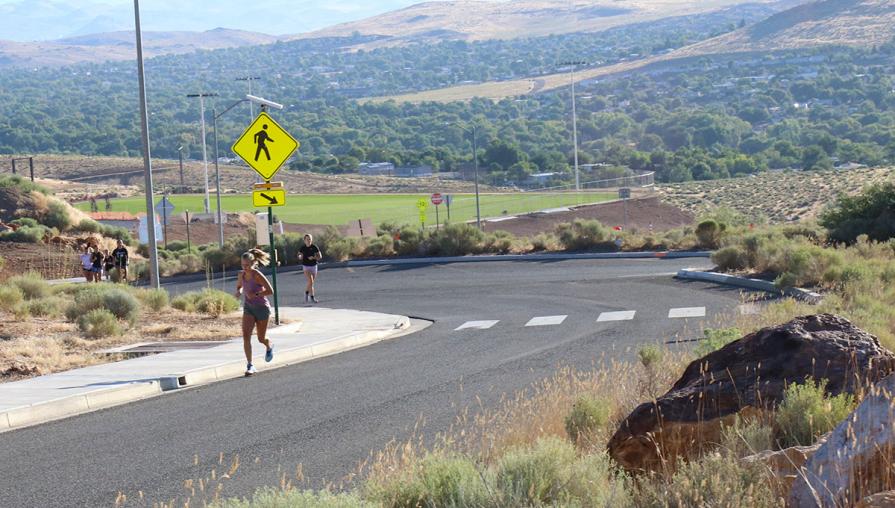 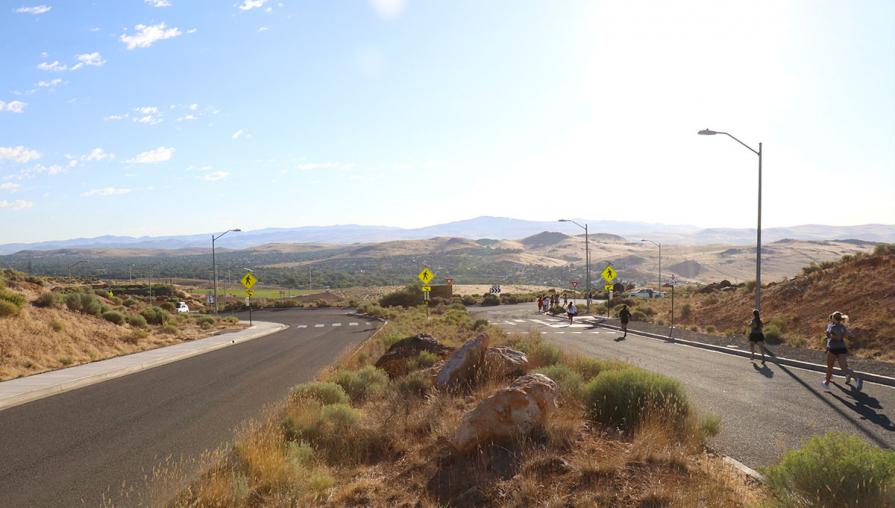 The TMCC Soccer field will not host any practices until August 9. Until that time, athletes will practice on the fields at the Moana Complex. 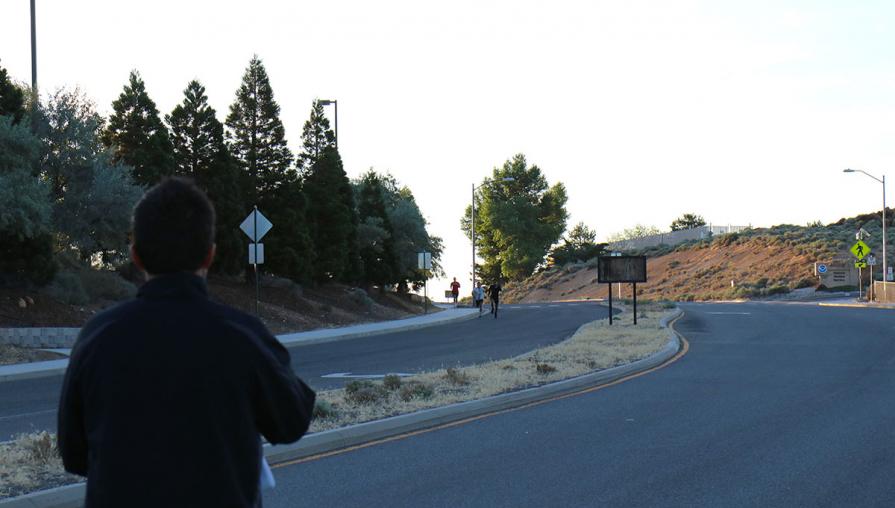 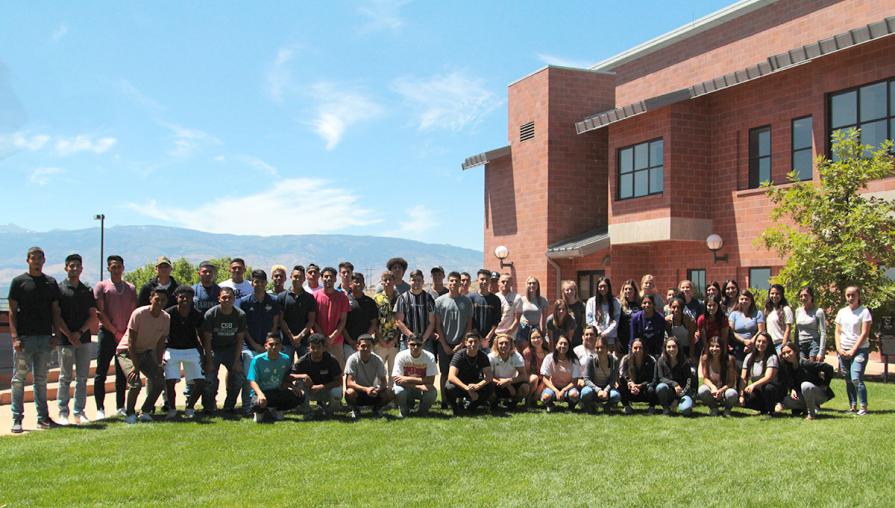 Sixty-two men and women make up the inaugural TMCC Soccer teams. The athletes came to the Dandini campus for the first time this week for orientation and practice.