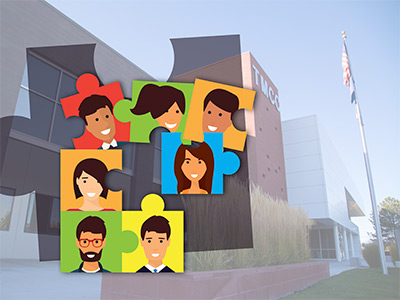 The Nevada Governor’s Office of Economic Development (GOED) has approved a new grant that will provide much-needed training in both career and life skills for people who are being rehabilitated through the justice system, supporting their re-entry into the workforce.

Additionally, right now there is greater demand for skilled workers at new or expanding companies in Northern Nevada, and newly trained prospective employees will help to fill increased staffing needs.

The innovative Pilot Re-Entry Program at Truckee Meadows Community College is funded by a Workforce Innovations for a New Nevada (WINN) grant. The program includes several parts that work together to promote a successful career re-launch: the nationally-known Getting Ahead curricula, OSHA Safety certification, Forklift Safety Training, an ACT WorkKeys® credential, and the choice to study toward one of three college skills certificates.

The multi-faceted Pilot Re-Entry Program takes about six months to complete. The sessions begin on July 11, and continue on the following Wednesdays. Three-hour classes offer spots for about 15 students in each of the two sections. The program has no cost to participate.

“We visited several employers to find out the best skills currently needed, and they said forklift, OSHA, basic math and English—but most of all are soft skills,” said Re-Entry Coordinator Camille Vega. “Our intention is that the employers we’re working with will interview and hire every program participant.”

The program will not only benefit the enrolled students and employers, it has the potential to generate positive effects for the entire region.

“By consistently training individuals to be employable, and therefore successful when released from the correctional system, we’re building a safer community with less victimization, and greater opportunity,” said Director of the Nevada Department of Corrections James Dzurenda.

Origins of the Program

The new Pilot Re-Entry Program is groundbreaking because it not only prepares students with specific proficiencies in a career field, but also adds in general OSHA safety certification, and life skills including planning career steps, studying for college courses and managing finances.

“It all started when I met Lieutenant Wilson, facility manager of the Northern Nevada Transitional Housing, and we talked about the need for a program like this,” Vega said. “We developed this multi-layered approach. We’d like to have participants think about the future, not just today.”

Those re-entering the workforce after being in the justice system may not think higher education or a well-paying career is an option for them.

“These are folks who may have never gone to college, their parents didn’t attend, and they don’t know there is financial aid available, or that previously delinquent student loans can be deferred or payments reduced based on income,” Vega said.

In addition to the soft skills of accountability, punctuality and communication—which employers have said they are looking for—students will also brush up on their computer and math skills.

The two Wednesday sessions will overlap by one hour, when participants will be able to interact as a group, working on the following trainings:

In the Getting Ahead program, students will learn more about unspoken or hidden rules of a community, ways to access resources, and how to establish a broad set of connections. They will learn about saving money and how to build stability. The full name of the curriculum is Getting Ahead in a Just-Gettin’-By World, based on the larger program, Bridges Out of Poverty.

At about week 12, students will begin one of the three career programs offered at TMCC’s William N. Pennington Applied Technology Center.

“Our goal is that they’re hired, they’re hired for a good wage, and that we prevent recidivism—we want them to get a foot in the door to a secure job,” Vega said.

Participants Will Come to the Program by Referral

Justice-involved adults enrolling in the Pilot Re-Entry Program will come from four populations:

“Billy was formerly in information technology before he was incarcerated in the Las Vegas area,” Vega said. “He became a model citizen during his time in transitional housing, and got a job on the manufacturing floor at Quality Plastics. He worked his way up and now he’s the IT Director for Quality Plastics.”

When Vega attended a presentation on the program for Nevada Governor Brian Sandoval, Billy spoke about the help he received to successfully re-enter the workforce.

“People were entirely surprised,” Vega said. “Billy was dressed in a shirt and tie, and they never suspected he had ever been in the justice system. He’s doing well.”

For more information about the Pilot Re-Entry Program, please contact Camille Vega in the TMCC Counseling Center at 775-674-7987.