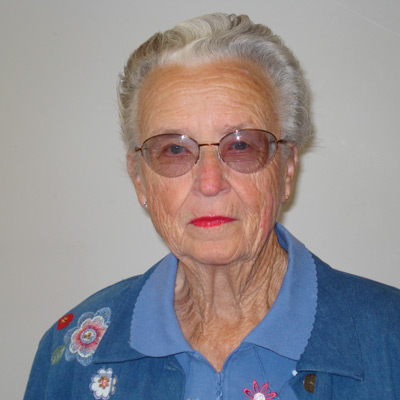 Virginia "Gin" Prentice is the very definition of excellence, professionalism and dedication.

Gin’s dedication helped her reach 50 years of outstanding employment with one organization. She started her career in 1943, working in a variety of roles before landing a position in the engineering department where Gin remained until her retirement in 1993. Early in her career, Gin became an AT&T Pioneer.

AT&T Pioneers are a volunteer network of current and retired employees who give back to the communities in which they live and work. As a Pioneer, she found her passion in contributing to the organization’s charity work and remains active to this day.

In 2013, Gin received the Woman of Achievement Award from the Nevada Woman’s Fund, an honor which celebrates the passion, dedication and confidence of women throughout the Northern Nevada community. She has also received numerous other awards and recognition for her volunteer service.

In September 2016, AT&T established a scholarship endowment that will support first generation college students at TMCC in Gin’s name to honor her volunteer spirit and contributions to the community. A few examples of her volunteer service include working with the Indian Head Start Program to host annual Easter and Christmas celebrations for the past 30 years.

If asked, she’s not shy about admitting she’s already shopping for this year’s Easter bash. In addition, Gin spent the better part of 12 years working with hearing impaired children throughout the Washoe County School District and was instrumental in securing support necessary to purchase hearing aids during the course of the project.

“Virginia, ‘Gin,’ is a woman who hasn’t let anything stand in her way and a lady I personally admire for her passion and leadership,” said Stephanie Tyler, president of AT&T Nevada. “Speaking on behalf of AT&T, there is no better tribute to her professional and personal contributions than by establishing an endowment in her honor, ensuring that her legacy will continue.”

The TMCC Foundation is proud to award Marina Leigh, who is pursuing an Associate of Arts in English, the first award in the Spring Semester.

To learn more about supporting scholarships at the TMCC Foundation, contact 775-673-7127.