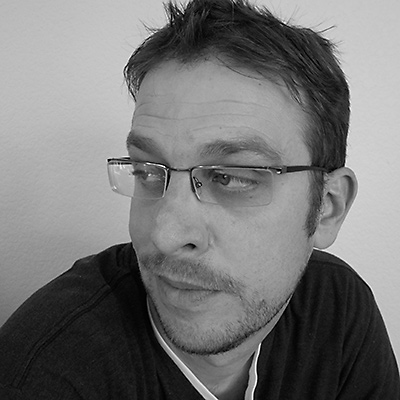 Part Two in a Series

"Well over half the poems in the collection have appeared in national literary journals like The Bellevue Literary Review (NYU); The Minnesota Review; The Best Indie Lit of New England, Vol. 2; Salamander; Pank; The Portland Review; Verse Daily.com; The South Dakota Review; among others," Wilson said.

The manuscript won the Quercus Review Press Spring Book Award 2014. Wilson received a $1,000 honorarium, book contract and royalties. He has read excerpts at Sundance Books and Music on California Avenue in Reno.

"I also have four other books; "Black-Footed Country" is a chapbook," Wilson said. "A chapbook is a limited edition book."

Other works by Wilson are "From Her Red Deck," published by Pathwise Press; "Bakersfield '99'," by Lummox Press; "Reheated Coffee," from Kitty Litter Press; and "Days Done Dry," published by MuscleHead Press.

Jen Huntley has written a historical monograph about Yosemite

Jen Huntley, Humanities Instructor, has written a historical monograph "The Making of Yosemite: James Mason Hutchings and the Origin of America’s Favorite National Park." Huntley’s book is available from the University Press of Kansas.

"A remarkable, exciting, and thought-provoking study that reinterprets the history of Yosemite National Park specifically and the history of the national parks and conservation generally," wrote Mark Fiege, PhD, History Professor at Colorado State University.

Huntley was inspired by good memories from childhood experiences in the mountains.

"I grew up spending my summers in the Sierras, in a cabin built by my grandfather and great-grandfather, and was always fascinated by the history of those mountains," she said. "So, when it came time to settle on a dissertation topic, the under-appreciated work of James Mason Hutchings presented a perfect opportunity to me."

Huntley gave presentations about Yosemite’s history at the San Francisco California Historical Society exhibition of "Yosemite: A Storied Landscape." C-SPAN recorded the July 10, 2015 presentation and it can be viewed online. She has also given talks locally, including one at TMCC in March, 2015.

"Gambler's Quartet" by English Professor Brad Summerhill is a crime noir novel set in the 1980s. It is a psychological drama and action-filled character study about an addicted gambler and her son. The book is available on Amazon. It was released in paperback in 2010 and in Amazon Kindle edition in 2014.

He has also contributed to the academic journal The Nevada Review Vol. 6, No. 1 with "Literary Vastness in the Biggest Little City: Reflection on the Nevada Landscape." Summerhill’s article focuses on literature in Northern Nevada.

Greg Ellis, Computer Technologies Professor, has written a novel for grade 5 and up, published as an eBook on Amazon.

"Crossbone Children and the Orphans of Avalon," takes place in 1720, during a time when Britain sent orphans to the colonies because they lacked physical laborers. Ellis’ book is the story of a group of orphans sent to Jamaica to work on a plantation. When they become shipwrecked en-route, a mystical and action-filled adventure takes place.

"John Henry is a 15-year-old midshipman in the Royal Navy who is on leave searching for his missing father, the Earl of Carrick," Ellis said. "The ship he takes from England to Jamaica is also the ship of the 40 orphans. He is just a passenger but becomes their leader when they are shipwrecked on Crossbone Island."

Also, a notorious pirate, Black Bart, helps the orphans plan their revenge on the man who kidnapped them in order to sell them as slaves on the plantation.

"Loved this book," wrote one of the readers. "It was very exciting the entire time. Lots of adventure in this one. Hopefully, there will be another book coming soon."

Ellis is working on books two and three in the trilogy.

Real Estate and Business Professor Ben Scheible has written both a textbook and a test preparation guide. The textbook is published by Dearborn Real Estate Education, a division of Kaplan, Inc., and is entitled, "Nevada Real Estate Principles, 2nd ed."

"This is a license exam preparation book I wrote in collaboration with Stephen Mettling, David Cusic, and Ryan Mettling," he said. "I wrote the state portion of the book."

English Instructor Eric Neuenfeldt has written a book, "Wild Horse," published by the University of Massachusetts Press. The book is scheduled for publication in October.

"’Wild Horse’ examines what it is to be human in overlooked and abandoned areas of the country," Neuenfeldt wrote in an email. "The characters—snow plow drivers, prison educators, bicycle mechanics—must make difficult decisions to survive in industrial decline and pronounced wealth inequality."

"The depiction of the physically and psychologically injured characters achieves lightness because of the enchanting writing style, the fact that they usually deal with their situations stoically, and most of all the strain of humor running through the stories," Rachlin wrote.

His work is also included in the journal REAL: Regarding Arts & Letters, the literary magazine Confrontation, and a cultural gazette The Paris Review Daily. A collection of Neuenfeldt’s stories, "Fall Ends Tomorrow," has also won the 2010 Iron Horse Literary Review single author competition.

TMCC will be holding a conference by and for authors on Saturday, April 16. For more information about the TMCC Writers' Conference, please contact Workforce Development and Community Education.

Coming in future parts of this series

Additional contributions are welcome. To submit faculty literary projects and publications for future recognition, please contact Kate Kirkpatrick in the Marketing and Communications Office at 775-673-7087.