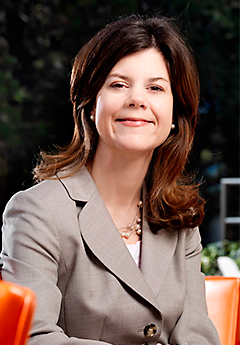 Gretchen Alt Sawyer began her position as Executive Director of the TMCC Foundation in November, and says that helping students reduce unnecessary hurdles along their educational path is her first priority.

“I’m looking forward to assisting students so that they’re able to succeed in college, with as few financial obstacles as possible,” Sawyer said. “It’s my vision to fulfill the mission of the College to provide programs and facilities needed by the College to support the community.”

The Foundation is the main fundraising arm for Truckee Meadows Community College, and handles all private funding, including donations from corporations and contributions from individuals. The director oversees the strategic vision of the TMCC Foundation and works in concert with the College president, Dr. Maria Sheehan, to provide essential programs, scholarships and facilities.

Sawyer firmly believes that filling College needs will lead to providing a trained workforce of skilled employees for companies in the region, contributing to the vitality of the community.

Two major events for her in 2015 include the ground-breaking ceremony for TMCC’s Health Science Center and the 2nd Annual College Heritage Black Tie Celebration on Feb. 21.

The latter event will be held at the National Automobile Museum in Reno. A red carpet walk-through and gourmet dinner features student actors, dancers and singers. The Hollywood-themed event will raise funds in support of TMCC’s Performing Arts Programs.

Before Coming to TMCC, Sawyer Served for Nine Years at the National Judicial College

Sawyer’s prior position was Director of Development and Communications for the National Judicial College (NJC), headquartered on the campus of the University of Nevada, Reno.

She says that an exciting part of the job was getting to know judges from throughout the U.S.

“Being a national organization, there are judges from all over the country to interact with,” Sawyer said. “The Board of Trustees are also located around the U.S., and it was rewarding to speak with them – they have such varied backgrounds and are very committed and passionate about NJC.”

Donors to the National Judicial College enthused her.

“The donors’ interest in upholding democracy and to have a well-educated judiciary was inspiring,” Sawyer said. “That is really the backbone of the country’s government, because judges’ rulings have a great impact on people’s daily lives.”

Sawyer was Director of Development and Public Relations at the UNR College of Education from 2001-2006. During this time, new public schools were opening almost every month in the Las Vegas area, and the demand for teachers was high.

“It was a period of growth for Nevada, and districts were hiring a huge amount of teachers – thousands of teachers were being hired each year,” Sawyer said.

Helping with a congresswoman’s political campaign in Southern California led to Sawyer becoming interested in fundraising as a career. In the area, she also worked for a charitable organization founded by actor Ted Danson. The American Oceans Campaign advocates for Oceans, saving habitat and biodiversity. The organization also supports managing the large and abundant food sources that come from the sea.

An opportunity then came up at Public Counsel, to fundraise for a non-profit legal services organization in Los Angeles.

“I enjoyed working with people and advocating for a cause I believe in,” Sawyer said.

The Association of Fundraising Professionals Supports Specialists in This Field

Sawyer is on the board of directors for the Sierra Chapter of the Association of Fundraising Professionals (AFP).

“It’s a great way to meet other people in the field, and also to complete further training in specific topics such as major gift fundraising,” Sawyer said.

“I chair the committee that selects recipients of the awards; it’s fulfilling and a lot of fun,” Sawyer said.