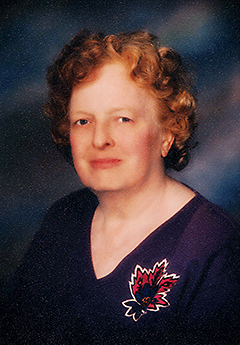 A certificate of recognition was presented to TMCC by Mary Skau, regional representative of Senator Harry Reid, commemorating the historic occasion.

"There’s a shortage of nurses, and we need more staff, more folks interested in the field," Pace said. "And if people are educated locally, there’s a better chance they’ll stay in Nevada."

TMCC President, Dr. Maria Sheehan reinforced these sentiments in her remarks, including citing a nursing shortage of 4,500 empty positions in the region. The new facility will allow the addition of a new cohort of 32 student nurses per year in the Nursing Program.

"We currently have at least 32 students in each of the four semesters; so, a total of four cohorts at all times," said Jody Covert, Director of Nursing at TMCC. "We graduate up to 64 each year, fall and spring."

Gerald Smith, Director of the Nell J. Redfield Foundation, presented thoughtful observations about how individuals, organizations and TMCC serve the community. Gretchen Alt Sawyer, Executive Director of the TMCC Foundation, coordinated the event and acted as master of ceremonies.

Penelope Burke, president of the TMCC MSJ Student Nurses' Association, spoke at the podium about a life of helping people. She quoted a writer who described the career of nursing as a passionate calling to care for others that is so deep, it is like a mania.

"I can attest to this mania that seems to attract so many of us to nursing; in fact, my friends and family thought I was crazy when I gave up a successful career to pursue this dream," said Burke. "I, on the other hand, think the crazy ones are those not drawn to a profession that has such a profound impact on people’s lives."

Nursing Students First Graduated From the College in 1974

A simply-dressed, elegant woman positioned herself humbly at the back of the crowded assembly, quietly taking in all of the events, and finally spoke with a student intern at a reception after the official ceremony.

Deloris Middlebrooks, Ed.D., joined the nursing faculty at TMCC, then Western Nevada Community College, in 1973. Only two professors in that discipline had preceded her, founding the program: Leslie Sheehan and Bernice Mathews. Mathews went on to serve in the Nevada Senate from 1995 until 2010.

Students seeking to enter the nursing field, she said, often had worked at the casinos, and wanted to better their lives. Most were women, and many were raising a family or were widows. It was a considerable challenge to take on the rigorous studies demanded of nursing students.

"I liked the excitement and adventure of these students to go into nursing," Middlebrooks said.

Retirement in 1994 was forced upon her by the tough and painful opponent of rheumatoid arthritis; not because she wanted to stop teaching. Middlebrooks recalls the first day of the school year following her retirement, thinking through what those first sessions would be like for the new students. She speaks articulately with clear and fiery large blue eyes directly to a listener, barely blinking.

"I loved it," Middlebrooks said. "I loved my work. I love TMCC."

The new building enlarges the current facility from 25,000 square-feet to approximately 41,800 square-feet by connecting to the new building with an interior walkway. It will host a 4,200 square-foot nursing lab, lab storage, two classrooms, a library, student dressing room, four advanced simulation rooms and two meeting rooms.

Four high-tech simulation mannequins are able to exhibit a pulse and measurable heart rate, can cough and sweat, said Joy Alverson, lead simulation coordinator. Students will be able to insert an IV or Foley catheter. Mannequins are programmed to talk, although instructors can also speak through them via remote microphone. Two baby mannequins will represent infants at two different stages of development, and the acquisition of a child mannequin is planned, she said.

Another significant benefit with the new facility is consolidation of all nursing classes under one roof, instead of split between two campus locations.

"Nursing is a team effort and you must learn to collaborate with your colleagues in order to better save lives," said Burke. "I am so excited to see us break ground today on the new Health Science building. I believe that this new building will transform the MSJ Nursing Program, allowing for more collaboration amongst faculty and students, providing dedicated space for planning community volunteer projects, and creating a home for alumni to return to and share experiences."

A retired nursing professor, Linda Saunders, drove Middlebrooks to attend the groundbreaking ceremony because she knew how much it would mean to her. And it meant a lot.

"The attitude of the faculty is that we want the students to succeed," Middlebrooks said. "I think that has not gotten lost in the growth. TMCC sees itself as serving the community."