Weather Delay: Web classes and remote services will continue as scheduled. However, TMCC physical locations including the Child Care Center will open at 10 a.m. on Monday, Jan. 30. Students and staff, see email for more information.

Alumni of the Year Information

Since 1998, TMCC has recognized and honored an outstanding alumna/alumnus at the College’s commencement ceremony. From city government, to hospitals, and even Hollywood, TMCC’s past Alumni of the Year award recipients continue to positively impact their communities, reflecting the strength and diversity of a TMCC education.

Alumni of the Year serve as ambassadors of TMCC to their communities, and represent how far a TMCC education can propel a student into their future.

Every spring, TMCC collects nominations for the title of Alumna/us of the Year, which is selected by a committee of faculty, staff and community members. At Commencement each year, the Association bestows this honor to an individual who demonstrates excellent service to TMCC and to the Reno/Sparks community. 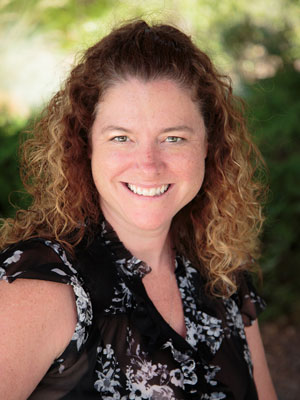 Dr. Christina Satterwhite receives the honor of 2018 Alumna of the Year.

Dr. Christina Satterwhite, Senior Director of Global Laboratory Sciences at Charles River, began her academic career at TMCC in 1992, describing her experience as "a good introduction into college life and what was possible through education". She continued to UNR, earning a BS in Biology in 1997 and a Doctorate in Cellular and Molecular Pharmacology and Physiology in 2002.

In 2002, Christina began her career as an associate research scientist at Charles River, an international company that provides essential products and services to help pharmaceutical and biotechnology companies, government agencies and leading academic institutions worldwide accelerate their research and drug development efforts.

She has direct experience in general toxicology and immunotoxicology studies as well as direct oversight of study design and assay development/validation. Christina has been working on biosimilar and biosuperior biotherapies for the last ten years in her areas of expertise and is the co-chair of the American Association of Pharmaceutical Scientists (AAPS) Biosimilar Focus Group sub-committee on non-clinical and clinical assays.

Some of Christina’s professional accomplishments include working on the pre-clinical development of multiple drugs for various immune-related diseases, including cancer and arthritis that are now on the market. She describes her work as "...exciting to see them go through the drug development process and get approved and marketed to the point where they are actually helping people."

When speaking about her early education at TMCC, Christina attributes the College with providing the foundation that allowed her to succeed at the University level. "There are great educators at TMCC who keep students interested. The affordability, financial aid opportunities, good instructors, and counseling/advisement kept me in school."

Past Alumni of the Year